After coal: recreating a local economy 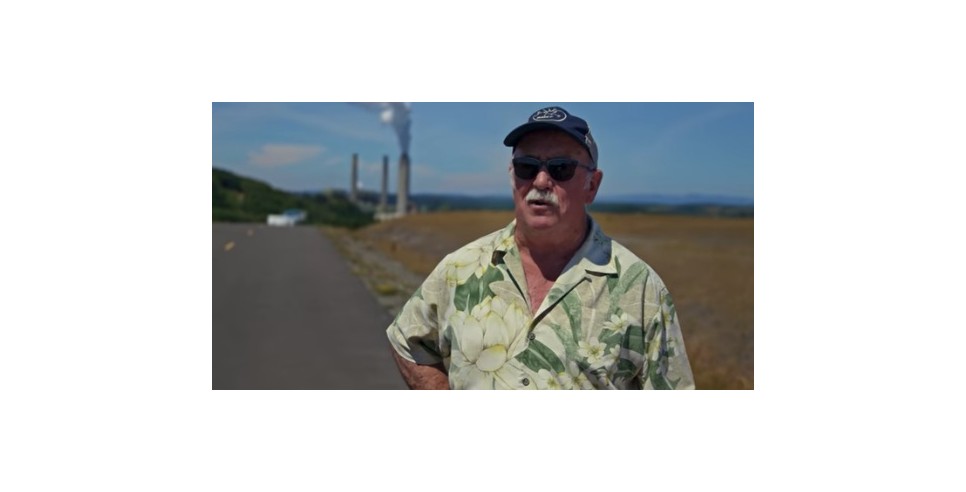 For more than a century, the town of Centralia in southwestern Washington has largely depended on extractive industries for its economy. Logging and coal mining typically provided jobs that paid pretty well. But the forestry industry took a big hit back in 1981 when Mt. St. Helens erupted, and then the coal mine just outside of town closed in 2006.

Fortunately for the town’s economy, the TransAlta Coal Plant remained in operation. As the state’s largest coal-fired facility, it began using coal shipped by rail from the Powder River Basin in Montana.

But environmentalists in Washington State were beginning to raise concerns about fossil fuels. In 2006, by a narrow margin, the state’s voters passed Initiative 937, which called for new renewable energy standards. And five years later, a bill was gaining traction in the state legislature to shutter TransAlta’s Centralia plant by 2015.

That’s when Bob Guenther stepped in.

An employee at the plant since 1971, Guenther was proud that the company he worked for produced a whopping 1370 megawatts of power, with Washingtonians consuming up to 90 percent of the plant’s electricity every day.

And as a member of the International Brotherhood of Electrical Workers, Guenther also appreciated the living wage he and his fellow workers were making at the plant.

TransAlta was one of the largest employers in southwestern Washington. The company was a significant consumer of local goods and services and, when it came to paying taxes, an important contributor to the county’s coffers.

You don’t just throw that all away when some outsiders start yammering about protecting the environment. Guenther wasn’t about to let his town’s main source of livelihood die without a fight.

“In the beginning,” Guenther conceded in a recent interview, “there was a lot of animosity between myself and Sierra Club.”

But the truth was, the plant was the largest single source of greenhouse gas emissions in the entire state, producing 10 million tons of carbon dioxide a year. Environmental groups were suing TransAlta for noncompliance with air and water pollution requirements.  Even the National Park Service weighed in, asserting that the plant cumulatively polluted the air in more parks and wilderness areas than any other polluter anywhere else in the nation.

The handwriting was on the wall. But at the very least, Guenther wanted to buy more time to develop an outcome that wouldn’t have such a drastic impact on his community’s workforce.

He invited Sierra Club leaders to come for a tour, and they accepted. Guenther spent an entire day driving them around the community, introducing them to stakeholders, showing the impact TransAlta had on Centralia, and discussing what the town and surrounding region would lose if the plant were to close. He talked about what a transition away from coal might look like.

And when he drove his guests out to the site of the former coal mine, he waved toward the empty brownfield.  “There’s where a solar farm should be.”

With that kind of person-to-person engagement, and with help from then-Governor Christine Gregoire, all parties agreed to further negotiations.

TransAlta is providing $55 million in transitional funding to conduct a needs analysis for new green technology education and training in the community, as well as for the development of energy efficiency projects and support of new, green energy technologies.

And yes, the company also has committed to repurposing the former mine property, creating a 900-acre solar farm on the site. When completed, the Tono Solar Project will be the largest solar energy facility in Washington State.

A wind energy project also is in the works.

Centralia is just one of thousands of communities that have had a longstanding reliance on coal. This small town’s commitment to finding common ground with former adversaries and forging a new way forward should provide a blueprint to other communities that need to work out transitions of their own.

“Let’s face it, the scale has tipped,” Guenther says. “Now we have to figure out a different manner to harness all the green energy we can. Living between two major metropolitan areas (Portland, OR and Seattle/Tacoma, WA), we’re going to turn over every rock we can to get to a green energy economy.”