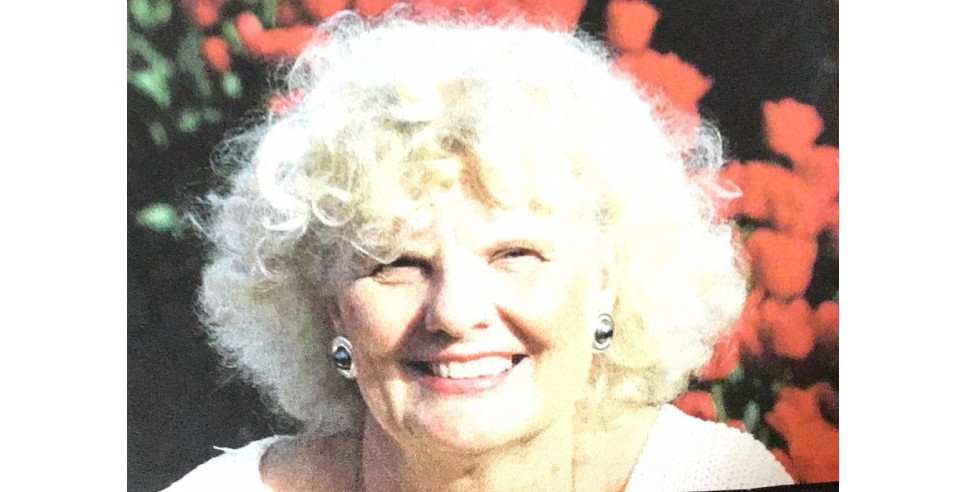 For Zabine Van Ness, the news from Mariupol, Ukraine brings back traumatic memories. Zabine (pronounced Zuh-bee-nuh) knows firsthand what war does to innocent people. Her earliest childhood memories are of being rushed to the cellar to take cover during bombing raids. She remembers being three years old, walking alongside her mother, who was pushing a baby carriage. A plane rapidly descended from the sky on a bombing mission. Zabine’s mother pushed her into a ditch and laid her own body on top to protect her. The ensuing explosion cut the baby carriage in half. Zabine also remembers being stuck in the cellar for days on end, with no food or water, and slowly being starved to death.

Today Zabine Van Ness is eighty. She was born in 1942 in Nordenham, Germany. She never lived in a free Germany. While it was Germany under Hitler that had first initiated war and destruction, how the Russians retaliated against the Germans is the same strategy being deployed by the Russians against Ukraine today. The Russian strategy is twofold: incessant bombing to destroy all infrastructure, then starving the people. “Except in this case, Ukraine is not the instigator of war, but a victim,” Zabine said. She remembers the suffering and toll taken on human lives as surely as if it had happened yesterday. “I can’t believe I am reliving my youth.”

At the time that Germany was first occupied by the United States, Zabine’s great grandparents lived in a large villa in Dresden. Then came the Russian occupation. Her great grandmother was pushed out of her home when it became inhabited by workers and was starved to death. Eventually Zabine’s family fled across the border and arrived in Nordenham. During her youth when she was going to school, many of the children’s fathers were in POW camps or had passed away during the war, and mothers were at home. She could not understand why the German people had voted for Hitler. She thought: Why? Asking this question has been story of her life.

Eventually she left Germany, and worked as an au pair, later living with the daughter of Supreme Court Justice William Douglas.  She remembers answering the phone to President John F Kennedy. Justice Douglas and JFK knew each other. “I did not know who he was,” she said. As soon as she was old enough, she went from England, and Saskatchewan, Canada to Hawaii in the U.S. Asking the question why led her to take decisive action by becoming involved in numerous philanthropic activities. “I had a medical mission, collected antibiotics and had a child placement license and brought home 300 children from India, the Pacific Ocean, Romania and China.” She then went to Florida for ten years, but eventually her husband passed away. She moved to Seattle, where her son had a real estate agency and lived in Magnolia. Soon after relocating to the Pacific Northwest, she married again, to Peter Van Ness—he recently passed away in May, 2020.

Strongly believing that the earth is one country and all human beings are its citizens, Zabine practices the Bahá'í Faith. While her faith led her to start the Unity Museum in Seattle, she has, in the past, been the founding Executive Director of the Florida Bahá'í Historical Society and the Producer and Editor of the Hawaii Bahá'í History Calendar. It is, unequivocally, the Bahá'í Faith that gives definitive action, and sizable shape to her desire to create a better world for all of humanity.

The idea for the Unity Museum evolved for nearly forty years. The museum concept first sprung while she lived in Hawaii and frequently hosted people in her home to discuss world unity. People came from everywhere, including Asia and Africa. Zabine describes it as a very diverse group, and the gatherings took on the tone of  “You can sit in the circle, where it was Kumbaya time.” The group discussions tackled specific notions of social justice, diversity and examined the heroes and heroines of the past who were borne of ethical leadership and made long-lasting impact in favor of social justice.

Miniature models, constructed from boxes, visually captured the essence of their conversations and were mounted on the wall for all to see. These shadowboxes later became the fledgling blueprint for a miniature museum. “I used the boxes as though they were rooms, where we discussed specific topics,” Zabine said. “We talked about the various issues. We started a dialogue. Having this miniature museum was all I could afford at the time.”

Then the day came when she launched a small version of a traveling museum. After she joined the historical society in Fort Lauderdale, later called the Bahá'í Historical Society, the shadowbox museum took on more sophisticated dimensions. Every year Fort Lauderdale held a Pioneer Day, where people wanted to talk about solutions for the future, with particular emphasis on science and transportation. Drawing 35,000 visitors, the event offered a scrapbook competition. The Bahá'í Historical Society’s shadowbox museum was awarded three first prizes and one second prize. While the shadowbox museum still needed to be further refined, there was no question that its day in the sun had arrived.

Shortly after Zabine moved to Seattle, 9/11 happened. She remembered thinking she wished she had a museum. “I wish I could talk about this today,” she said. “9/11 is about religion, tyranny and democracy bundled into one.” She found a location in Bellevue that allowed her to have a space downstairs. She put together posters and amenities to receive guests. Once the Bellevue location had a new tenant, she had to relocate. She wanted a permanent space that would be close to twenty-and-thirty-year-olds. For a couple of years, the traveling museum made its way to various locations, one being Edmonds College, until it found an amazing location on University Way NE (The Ave), a stone’s throw from the University of Washington’s main campus, in the U District—a neighborhood that has the highest concentration of young people in the city. As Zabine states fairly often, “There is no such thing as a coincidence in life. Things happen for a reason.” 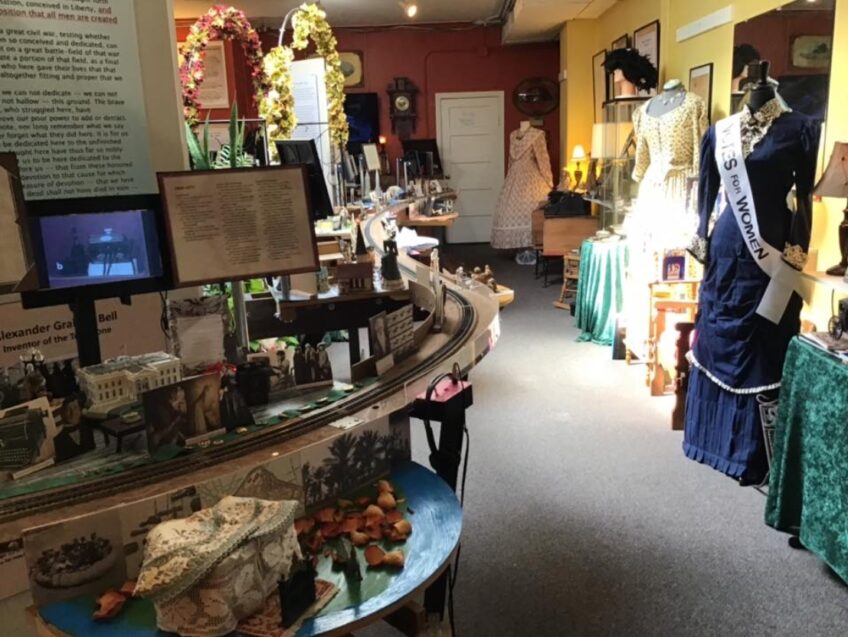 The Unity Museum celebrated its first anniversary of being on The Ave in January 2014. Located upstairs in an historic building, there is no signage or wayfinding, except a discreet sandwich board placed at street level. Climbing about twenty steps, a small front parlor presents as more than an entrance foyer; one wall is covered with individual portraits of notable indigenous leaders, another wall contains a standing bookcase full of antiquarian books, specific to Native American history and culture. The small room itself contains a round table that comfortably seats five and is fit for animated conversation. This first room leads to many other rooms, where it is clear that the forty-year-old concept of the shadowboxes has indeed come to life.

Every room in the museum is a sort of box. Older buildings like this one lend themselves to box-shaped rooms with tall ceilings. This 2,400 square-foot-space is no exception. In the primary exhibit room, we take a train around the world, traveling through time and space. Every twenty years, humanity undergoes a seismic shift due to advances made among multiple disciplines. A model train travels along the track, passing exhibits covering the history of communication, science, health, technology, political assassinations, World Wars, the creation of the League of Nations and the United Nations, great pestilence, famine and disease, the early days of radio and television, aviation, the advent of the automobile, and space travel. An authentic Edison Gramophone is the earliest mode of communication on display, not to be outshone by a display of an early telegraph that in 1844 typed out the first Morse code: What hath God wrought?

So hop aboard the train and take a ride through history. Experience the civil rights movement and the 1969 moon landing, to the remarkable lives and achievements of Duwamish Princess Angeline, the oldest daughter of Chief Si'ahl (The Duwamish Chief that Seattle was named after), and the young environmental activist Greta Thunberg. The whole point of looking at the past is to perpetually move us forward—to guide us to what we should be doing about the future, collectively and individually, as well as literally and figuratively. The underlying message is that we are here to celebrate life as one people.

The Museum’s exhibits move along with the train, and stay current, depending on the latest events that impact the global community. According to Zabine, “We still have the exhibit on the pandemic, the empowerment of women, black women, and climate change. Now we have taken on genocide.” All of the exhibits are designed with a hodgepodge of materials, ranging from antique paintings, historical maps drawn with cartographic precision, fashion mannequins posing for women’s rights, and antique dolls, replete with satin and lace. Post-modern tablets and iPads show film clips of history and news on a continuous loop. One exhibit, a genuine navigational map for the Marshall Islands, was handcrafted from delicate, light colored wood and coconut midribs by indigenous people. 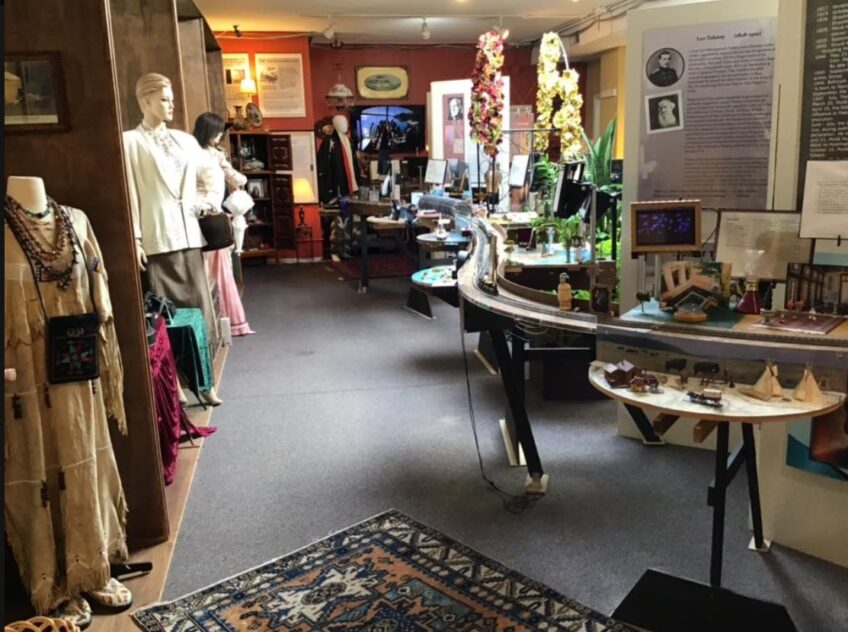 In every room, books are crammed into every nook and cranny, intending to spark ongoing conversation about an integration among the spiritual realm and science and technology. Some rooms are designed for the comfort that encourages conversation, and contain Queen Anne Style furnishings, overstuffed couches and settees, antique fireplace inserts and classical paintings. One room, a tribute to the world’s great religions, contains a poster of platitudes or tenets for every faith, as well as icons and ornaments used in worship. It would take many visits to see every nuance and all of the details that use artifacts from the past and the present as a way to say: the future is here now.

And so it is, the future has arrived at the Unity Museum, Seattle’s best kept secret, and a place that ought to be viewed by anyone who has ever thought about where we—humanity—as a whole has come from and where we are going. Can there ever be one humanity? While every room in the museum is a box of sorts, the outcome is one distinctly round impression—created by what Zabine Van Ness calls “One Blue Marble.” She said, “From outer space, the world appears to be one blue marble.” The earth is inhabited by one humanity and from a distance, there is no division, no discord or fragmentation. She reflects upon her early childhood in war-torn Germany: air raids, people dying, and buildings disintegrated by bombs. “What kept me going through any adversity is that I see my mother taking me to safety, so I could live—that’s what keeps me going. I have been an eyewitness to tragedy. I can show, if I can live and have hope for humanity, others can do it too.”