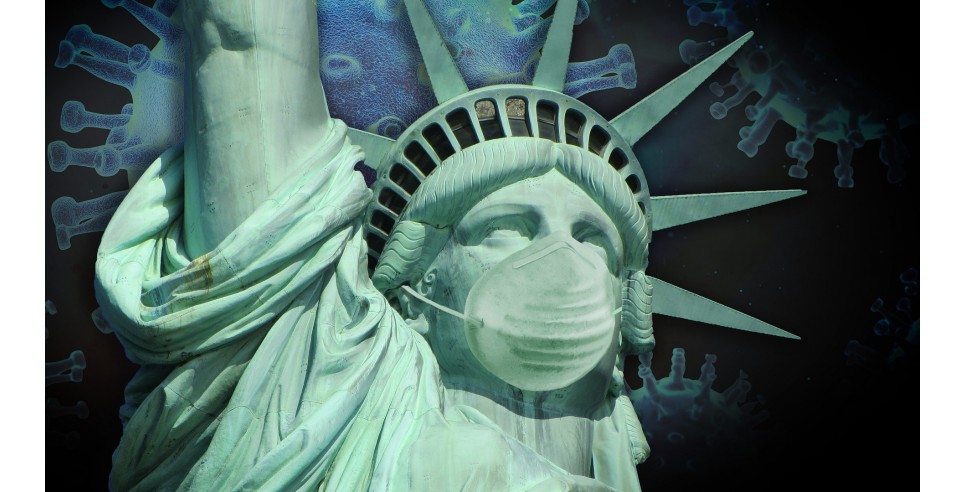 The absence of executive leadership to champion a plan to contain the coronavirus pandemic has cost this country dearly. As I write today, the Center for Disease Controls (CDC) reports 133,666 deaths, with 3,173,212 infected, a number that is up today by 66,281 new cases over yesterday. States with governors who took the CDC’s guidance on a phased, data-based approach to opening the economy back up have fared significantly better than states with governors who did not use data and opened their states early.  In several of our largest states – Florida, Texas, and Arizona in particular – infections continue to multiply, and hospitals are now at capacity for treating the coronavirus. As I write this column, Florida reported more than 15,000 new cases, the highest total in a single day in this country.

Personal protective equipment (PPE) for medical personnel is once again rapidly dwindling, as it did in the early months of the virus. Emergency rooms and intensive care units are at near capacity. The state by state decision-making process has handicapped the country generally in dealing with the coronavirus and this executive handoff to the states has led to extreme politicization of the pandemic. Since February, the basis for advice on handwashing and social distancing came from a prevailing view that respiratory viruses are transmitted by the larger droplets or through contact with droplets that fall on surfaces or are transferred by people’s hands. As more PPE became available to hospitals, wearing a mask has been recommended to the public but not required in most states. More states are now requiring their citizens to wear masks, but there is no coherent national message to take this simple uniform step to reduce the risk. Some states have opened indoor facilities, including bars, retail stores, gyms, restaurants, and churches; and some but not all have required reduced capacity and social distancing inside facilities.

One way to see why the numbers are rising so rapidly in some states right now has to do with emerging medical information from a large number of experts  that the virus can be “transmitted by aerosols that can accumulate in poorly ventilated venues and be carried on air currents” (Nature, July 8, 2020).  That we have learned this only now, after nearly 140,000 persons are dead, is incomprehensible, especially after Washington State produced a report in March of a choir that practiced using social distancing and hand sanitizer, with a significant result of both infection and death among choir members.

Thanks to CDC guidance, I can wear a mask, observe social distancing, avoid indoor facilities with poor ventilation, and work from home rather than in my university office. I will wait for the production of a safe and effective vaccine to return to the classroom. But many of my colleagues are caregivers for their children, or even for their parents. The president is determined to open up all schools this fall, no matter the cost. He has characterized the CDC guidance to schools as too complicated and costly, undercutting his own team once again. To repeat, there is no uniform guidance to schools, in part because the current Department of Education is led by a Trump appointee who has done everything possible to gut the policies of the department, who insists that schools can and should open this fall, and who characterizes the CDC guidance to schools as flexible even as there have been threats to withhold monies.

In the educational arena, so important to all of us, we will evidently be guided by our governors. In a recent Brookings Institution report, Nicole Bateman cites a 2018 report that shows more than 23 million working parents with young children do not have an available caregiver in their family.  As she notes, “The status of schools and child care programs in the fall will dictate the ability of working parents to fully return to work, and therefore will also largely dictate the speed and robustness of economic recovery.”

In a letter to the University of Washington leadership, a small group of faculty writing on behalf of many of us indicate that those who have no caregiving responsibilities this fall will enjoy special privilege: “39% of staff and 51% of academic personnel have substantial parenting or caregiving responsibilities,” and are facing “a crisis with the potential to impact their career trajectories and increase gender and racial disparities in the academy.” The group went on to say that “The demands of full-time childcare and full or part-time homeschooling, and other care work typically performed by others, are not compatible with expectations of full-time research, teaching, and service, as we learned in Spring quarter.”

It is not difficult to imagine what this situation will look like in August or September without concerted intervention at the federal level. But as we draw closer to the November presidential election, the president’s behavior becomes even more self-aggrandizing and punitive as he plays to his shrinking base. His threats to investigate the tax-exempt status of universities, many of whom have already declared they will be online rather than in person this fall, are rhetorical at this point, but may become more actual in the hands of the Treasury department.  The move by the Department of Homeland Security’s  Immigration and Customs Enforcement (ICE) department to revert to a policy they had waived in the spring -- that international students would not be allowed to come to or stay in the country if they were only taking online classes is -- a punitive step that aligns with the administration’s desire to limit “foreigners” in this country to study or work.  It represents the kind of meanness that we have come to expect from a vengeful and anxious executive branch, seen too in the investigation of universities’ tax-exempt status.

Please add your voice to others in contacting your Congressional representatives on the time-sensitive ICE ruling, and where possible support your regional public health representatives as well. If you are not already registered to vote in November, please do so. I wish you and your family well in having already weathered  six months of cascading impacts on your families, your work and your support system.