A Garden’s Most Successful Yield is Community Connection 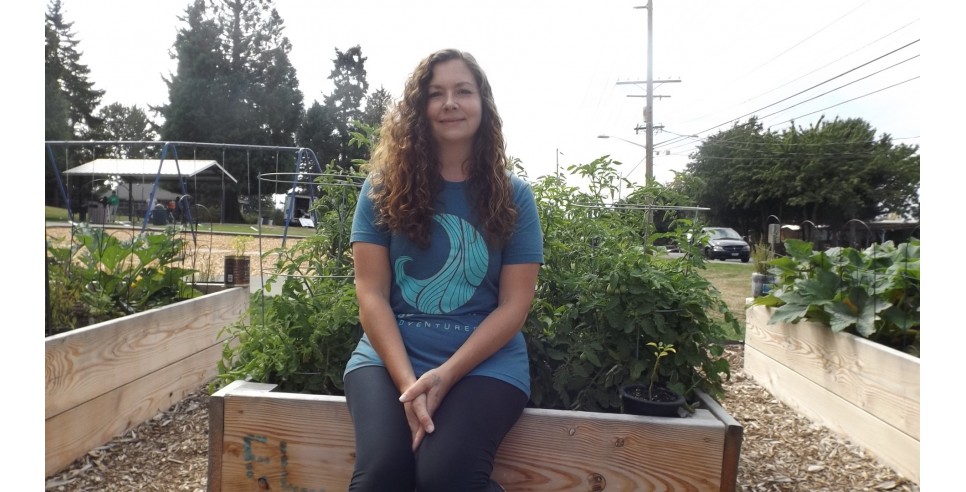 A neighborhood called “Pacific Ridge” might conjure up visions of estate homes with saltwater views, but nothing could be further from the truth in Des Moines, Washington. This small town, situated midway between Seattle and Tacoma and founded by Midwestern pioneers, was for decades home to small businesses and a beachfront Bible camp. But it began to see substantial change in the 1960s, when Interstate 5 punched through the area and suburban sprawl followed, with the paving-over of the waterfront to make room for a marina, the selling-off of small farms, and the building of high-density housing in their place.

Des Moines promptly annexed one of these newly developed areas, probably hoping to expand its tax base. But by the turn of this century, economic pressures and demographic shifts had turned the annexation into a demoralized neighborhood challenged by low income and high crime. It became the kind of place that has an adult video store with a parking lot that fills up especially on holidays. A place where beat-up couches are left curbside in the rain, and where despair and drug use and violence all contribute to a downward spiral.

In recent decades, local city officials have bemoaned the neighborhood’s drain on police department resources. They’ve courted developers to come in and wipe out the crummy aging developments and build something new. And in what some might regard as a gesture akin to putting lipstick on a pig, they came up with that fancy new moniker, “Pacific Ridge.”

To be fair, a sizable new project has gotten underway this fall, so the city’s efforts are bearing fruit at long last.

But a more interesting story revolves around a resident who has lived in the neighborhood and raised her sons there for nearly a decade, and who just this past year came up with a solution that bears not only fruit, but also vegetables.

Alena Rogers is a single mom. She had joined a local citizens’ advisory committee because, rather than worrying about how to upgrade the neighborhood to improve Des Moines’ image, she was interested in improving the neighborhood for her family and the other people who lived there. She brought a down-to-earth perspective – literally.

Rogers had read about other places that built community around gardening projects, and she wondered if something like that could happen just down the street in the local park. It was a place that most people tended to avoid because the primary activities taking place there were, as she says, “unfriendly.”

With the backing of CHI Franciscan (a local coalition of health professionals), Rogers shared her idea with the local police chief, even though she felt “fairly silly, to be honest, because I was afraid it sounded somewhat Pollyanna.” But the chief was supportive.

The next step was talking with the parks department director, who encouraged Rogers to apply for an Airport Communities Ecology (ACE) grant from the Port of Seattle.

Before Rogers knew it, things began to snowball: she was awarded a $1500 ACE grant and an additional $560 from CHI Franciscan Health. That might sound like small potatoes, but it was enough to start a garden in the park. There was just one glitch.

“I knew very little,” Rogers confesses. “I had grown tomatoes in a container previously and that was pretty much it.”

So Rogers conducted a door-to-door survey to let neighbors know that the garden was coming and to ask for input about what to plant. Folks came up with donations, too: tools, a wheelbarrow, pots, and a worm bin.

Others stepped in to offer guidance and muscle power. The city of Des Moines cleared the spot, installed a water hydrant and provided wood chips. The local conservation district helped Rogers design and build five raised planter boxes, and shop for plants and seeds.

Initially, some folks had expressed doubts that the garden might be a target for vandals. Those concerns proved to be unfounded, Rogers says.

“I’ve heard from people that they were starting to make a point of walking to and through the park so that they could see the garden, and I noticed in the summer each evening, [the park] was full of children and families.”

While modest in size, the garden offered residents an ever-changing scenario of plants sprouting, blooming and fruiting over the growing season. Rogers created tags that identified the different crops being grown. And tacked to the side of one of the raised planters is a wire basket where she placed the daily harvest. A bilingual sign (English/Spanish) invited people to help themselves.

As all good gardeners do, now that the fall harvest is in, Rogers is already planning for next year. The garden will be expanded to include plots that individuals or families can use for the season. Since this is a low-income area that meets USDA food desert criteria, those gardeners will receive a stipend – literally, seed money – to get their gardens started.

Rogers also wants to install a children’s garden bed. This first year they’d been allowed to harvest under supervision – “but they also really want to dig!” Rogers says.

“So we’d like to add a bed and find a way to have some seeds left there so that children could come and plant and play in the dirt a little more than we might want when we have seedlings growing in the Sharing Garden.”

And finally, there are plans during the fallow season to have a party: “Something to allow for increased awareness about the garden, and just to celebrate our community.”

At last, Pacific Ridge is coming into its own.