Potter Greg Relaford: A Journey Around the Wheel 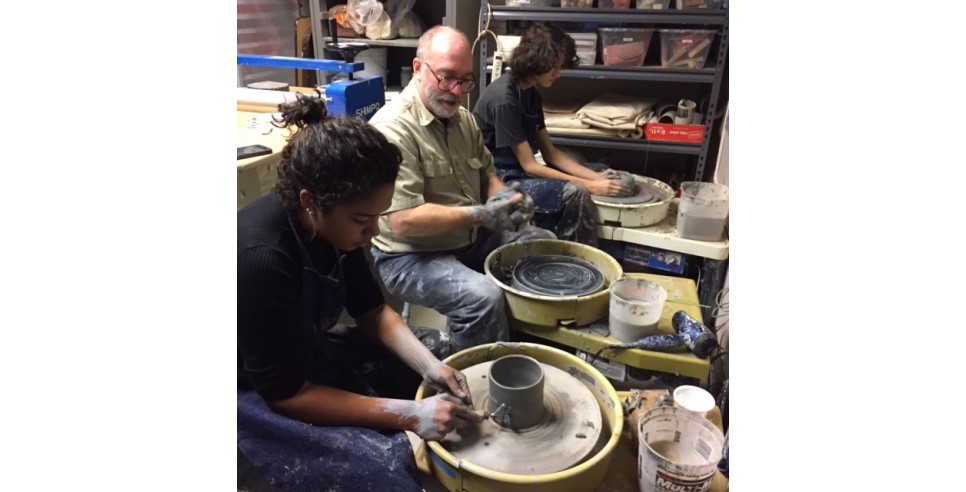 The pursuit of a potter can be both artistic and metaphysical. The process of creating pottery can be the road map toward going inward to experience a powerful meditation. One of the most important stories in the bible is The Potter and The Clay, in which God is the Potter and we humans are the clay. Although the work of the potter presents as a powerful biblical story, the journey of the potter might not be religious at all and reside somewhere between the metaphysical and the contemplative.  After all, the motion of turning the wheel is repetitive and in that sameness a person can experience a powerful new revelation about one’s inner self. Turning the wheel is like taking one more journey around the sun.

We learned about these principles of the pottery process and more when we talked to Greg Relaford, who lives in the small Washington town, Poulsbo.

Greg Relaford is the Technology Director at Seattle Academy, a private school serving middle and high school students. He has a B.S. in Mathematics, Physics and Marine Biology from the Evergreen State College and prior academic study in chemistry. His journey toward discovery pottery is a circuitous one and as much a mystery as the pottery process he is passionate about.

While he was in the eighth grade in rural Missouri, boredom got the best of him and he more or less stopped going to school. At nineteen, he got a job in a steel foundry and by the time he was twenty-one, he worked in an underground coal mine in Illinois. “The place where he worked had high seams of coal and was like looking at the side of road cuts, just digging into one layer in a road cut –that’s what mining does,” he explained.  Most of Illinois has coal underneath and it covers most of the country. Coal covers a good chunk of Washington too, but it’s not good quality. Black diamond, Washington is named after coal. Black Diamond is the traditional nickname for coal. Most of the coal regions have a name like Black Diamond.  In his coal mining years, Greg did a lot of work with heavy equipment. For example, he operated a front-loader that was about sixty feet long, four feet tall and weighs as much as an armored vehicle. During these years he utilized a form of mining that has been long replaced.

Along the way, he began to realize that he needed to get an education and focused on math and science; he expended a lot of energy working his way through textbooks. It was pretty hard. As a kid, math had been his worst subject, but he was driven by a desire to understand science. One thing led to another and soon he earned a degree in math, physics and marine biology. Soon after graduating from The Evergreen State College, he started to work at Seattle Academy, where he landed in IT and became the school’s technology director. Throughout his life, he had a yen to design and thought about finding solutions to design questions.  Looking back on the time he spent working in a glass factory, he remembered inventing the idea of a spin-cast telescope mirror. The common thread woven through all of the things he has done is the desire to make things. Then a fortuitous event occurred that set him on a new journey.

One winter about six years ago, his wife bought a Christmas present that turned out to be a basic pottery class at an Arts and Recreation Center. The way Greg describes his newfound discovery is, “I was hooked, or infatuated, then hooked.  I learned everything that I could about the field, from science, to history to techniques; that is an ongoing process.”   The class had a huge social component to it and eventually Greg pursued greater challenge and had the opportunity to work alongside master potters, many of whom are well known throughout the Northwest. In one instance, he took a three-day workshop with a potter who is a local luminary. He describes himself as an intense observer and stays in communication with the best ceramic artists in the region. 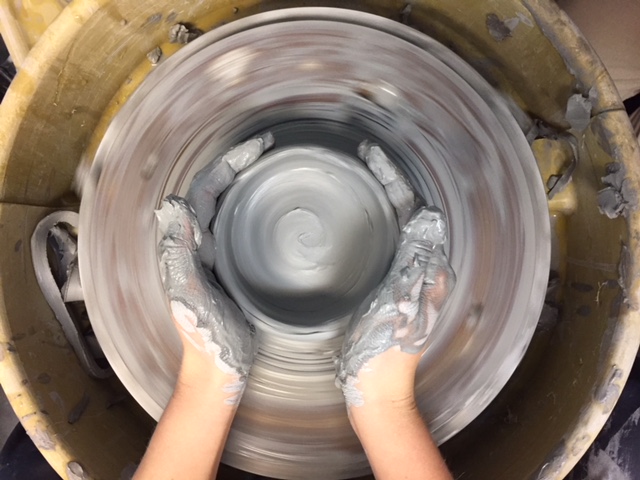 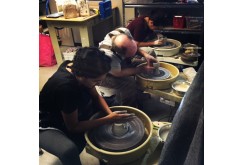 We had an opportunity to interview Potter Greg Relaford and learned how the process of creating pottery can be the road map toward going inward to experience a powerful meditation.  The motion of turning the wheel is repetitive and in that sameness a person can experience a powerful new revelation about one’s inner self. Turning the wheel is like taking one more journey around the sun.