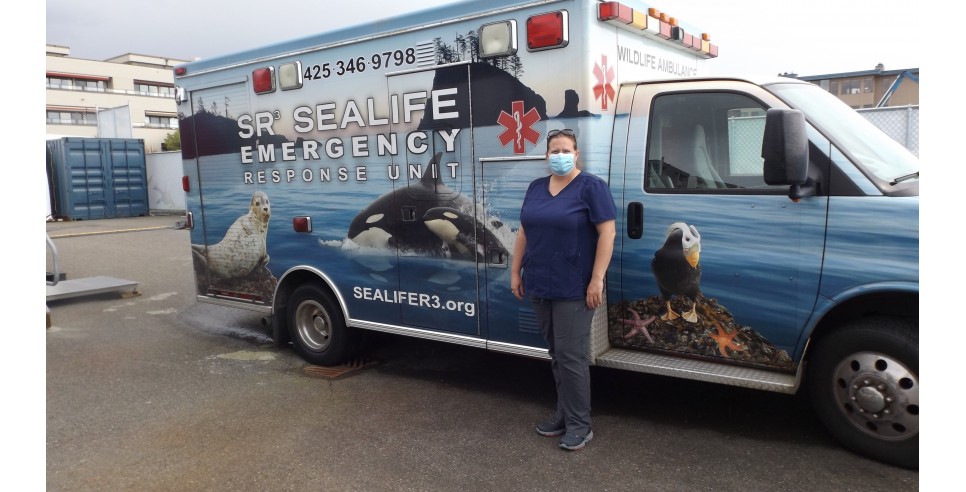 It was on Earth Day one year ago that SeaLife Response + Rehab + Research first opened its doors after years of planning and fundraising and advocacy. SR3, as the marine animal hospital is more commonly known, is located halfway between Seattle and Tacoma on Puget Sound. Sandwiched in between the two cities, the much smaller town of Des Moines, Washington (population 32,000) can trace its moniker back to homesick Iowa pioneers. But for the last half-century it has developed its own brand as “The Waterland City,” and now boasts a full-service marina for 840 vessels, with a popular seafood restaurant at one end, a historically landmarked beach park at the other, and several blocks of water-view condominiums with names like “Spyglass” and “Whalers Village” in between.

In line with that identity, Des Moines enthusiastically welcomed SR3 as a new marine-related endeavor, making room for the hospital on one corner of the marina’s parking lot. Surrounded by a chain link fence that has been wrapped with a long mural featuring sea creatures, the set-up includes canvas-enclosed structures that shelter tubs and above-ground tanks of various sizes, and an elevated prefab building that overlooks the compound and houses offices and labs.

On a recent day that brought rain spats and sun breaks in equal measure, SR3 founder and executive director Casey Mclean sat down in her office overlooking the compound and talked about the project.

“There are tons of animals out there that need help,” she said. “The old philosophy was ‘let nature take its course,’ but there’s been so much human impact on these animals, it’s our responsibility now.”

A veterinary nurse with a degree in marine biology, Mclean is a trained oil spill responder and a member of the Marine Mammal Stranding Network of Puget Sound, which is a volunteer effort overseen by the National Marine Fisheries Service to respond to all kinds of marine wildlife that are found to be in distress in the waters or on the beaches of Puget Sound. Mclean has worked in the rehabilitation of marine mammals, sea turtles and other wildlife for more than a decade. And while a local aquarium might be able to pitch in and lend space for a creature in distress now and then, many times animals requiring more intensive care or surgery have had to be transported to hospitals down in California – the travel heaping on additional, unwelcome stress.

SR3 is the first marine animal hospital in the Pacific Northwest. There are 30 other such hospitals located around the coastal United States – eight of them in California, and more along the East and Gulf Coasts. While some of those facilities specialize in one animal – sea turtles, for instance, or manatees – SR3 is equipped to help sea otters, sea turtles, different seal and sea lion species, porpoises and dolphins.

In its first year, SR3 has served 46 patients that have been brought in not only from around Puget Sound and the San Juan Islands, but also from the ocean coasts of the Olympic Peninsula and northern Oregon. A wildlife ambulance, equipped to transport animals weighing up to 600 pounds, sits at the ready out in the hospital compound.

The animals that have come in have suffered from a variety of ailments. Some were malnourished, stranded, orphaned, or injured by boat propellers. Others suffered from dog bites. And SR3 even had a couple of cases last year where the animals had been kidnapped off of the beach and were brought to the hospital in poor health after being confiscated by wildlife agents. 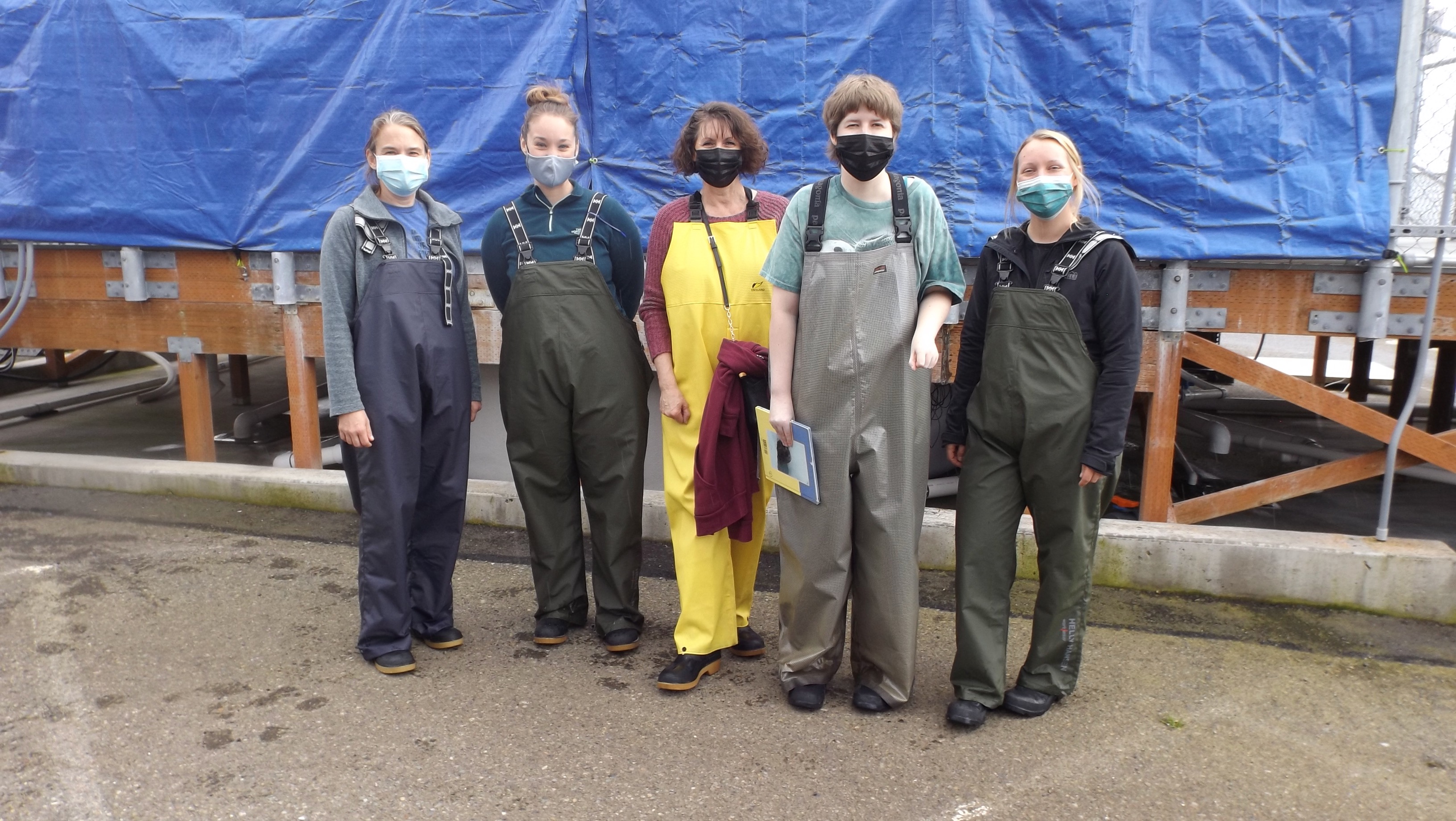 While SR3 has a dozen veterinarians, researchers and technicians on staff, Mclean was quick to point out that the scope of their work couldn’t be done without volunteers. Currently SR3 has 70 active volunteers and is welcoming more. Even as she spoke, a group of volunteers-in-training came into view outside the window, wearing their waterproof bibbed overalls and preparing to toss fish to a seal pup that is being rehabilitated in one of the hospital’s deep-water pools.

These volunteers have the opportunity to participate directly in animal care, Mclean said, while others may prefer to help with administrative projects. Some volunteers have offered specialty skills – from construction to anesthesiology – to give the hospital a hand.

Whatever their skill set, Mclean said, “This is a way to contribute directly to ocean conservation. And this is more than just saving animals that are cute with big eyeballs.”

That’s because that third R in the hospital’s name stands for Research. Inside the hospital, staff and volunteers monitor health metrics in their patients, which can point to looming environmental risks.

All of the data collected informs conservation efforts and ultimately drives policy.

Another political issue that concerns SR3 is the proposition that culling sea lions will save salmon runs.

“It’s the wolf problem all over again, in salty water,” Mclean said, referring to the blame some ranchers across the Western states place on wolves for loss of their livestock. But in this case, it’s sea lions in the Pacific Northwest being incriminated for diminished salmon runs. In both situations, policymakers and human stakeholders too readily tend to gloss over the massive impact that human activity and appetite have had on the natural order of things. It’s been convenient to blame species other than our own.

This is another arena in which SR3 volunteers are helping to make a profound difference, Mclean noted. They are participating in outreach activities with schools and community groups and educating the public on the latest scientific findings. By facilitating a better understanding of the real issues at hand, and the essential correlation between healthy marine wildlife and healthy human communities, volunteers encourage more informed community involvement. And that’s a vital way of doing good in the world.