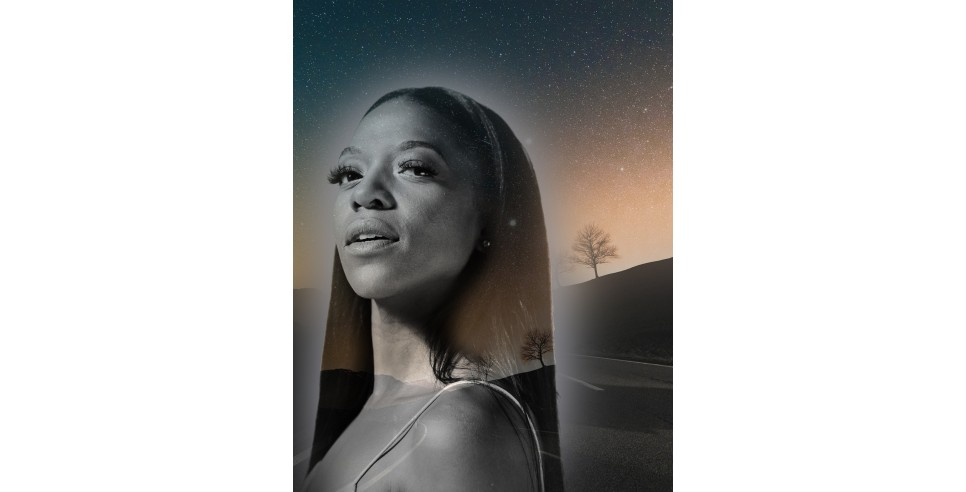 Recently, we had the opportunity to interview singer, songwriter and filmmaker Alana Belle. Alana Belle who is from Seattle, Washington, began writing and singing songs at the age of six, but can recall hearing her first song at the age of three. Along her musical journey, Alana has recorded and performed music in the duo, The Loops for Lovers Collective, produced her own shows, and has collaborated with a variety of Seattle musicians. Most recently, Alana wrote, produced, and acted as creative director for the short film, The New Romantic: A Mood Film, which is the visual embodiment of her debut EP, The New Romantic.

PR4P: When did you first discover your creative talent?

Alana Belle: Before I am a musician or performer, I’m a lover of music. My parents loved music, so our home was constantly overflowing with an eclectic mix of sounds. When I was 17, and my dad and I were having one of our many jam sessions, he played a particular song and my body had this beautiful visceral reaction to it. The song was completely in Portuguese, and I didn’t know how I knew it, but I did. My dad then reminded me that he used to play this song all the time when I would have been about three years old, so I guess that was the true beginning of my love affair. Creatively speaking, I knew I wanted to be some type of artist in kindergarten. When I was 6, my mom recognized that I could sing, and by the end of the first grade, I’d written my first song- a sad ballad about my teacher leaving the school I attended. As I got older, I realized that writing and singing songs was always linked to my emotions. Music is the purest way for me to communicate my emotions, my vulnerability, and sensitivity.  Ultimately, music is my oneness with God- I’m just a vessel bringing this gift into the world.

PR4P: What do you want to accomplish, creatively speaking?

Alana Belle: I want to be completely free to create the things I see in my mind without any hindrances. Whether I’m recording music, writing music, writing a treatment, or working on a film, I want to be free to experience all the things I see and feel. As I’ve evolved, I’ve recognized that while I identify as a musician and filmmaker, I’m really just a storyteller. Whether in a song or a film, the story is what captures the hearts and minds of listener or audience. I desperately want to tell more stories using as many mediums as I am drawn to. I would also hope that when people see or hear my work, they are inspired for their own sake—to learn who they are meant to be and express themselves freely.

PR4P: What is your greatest joy?

Alana Belle: My greatest joy is my daughter, Riley. I have no idea how I lucked out with her. She is wise beyond her years, empathetic, understanding, and funny. She’s the constant light in my life. I don’t think there is anyone who believes in me more and gives me the love and encouragement I need to be the woman I’m striving to become. I am so grateful that she chose me and that I get to know and love such a magical human being.

PR4P: When are you moving to Los Angeles?

Alana Belle: Los Angeles is the place to be for what I want to do; however, I know, right now, the best thing for Riley and me, is to split time between L.A. and Seattle. Through this transition, I still need to maintain a certain level of stability for my daughter. Making sure that she gets a stellar education is of the utmost importance to me and I know that she will get that here in Seattle. So for now, I’ll be racking up lots of frequent flyer miles.

PR4P: What can you accomplish in Los Angeles that you cannot do in Seattle?

Alana Belle: L.A. is where the industry and infrastructure is that supports all that I’d like to do in film and music. Right now, so many artists from Seattle are heading to L.A., I assume, for that reason. However, Seattle is one of the best incubators for talent.  So many great musicians have come out of Seattle. Once someone asked Kenny G: Why does Seattle have so many great musicians?  Kenny G said, Because it rains all the time. Once you’re ready to fly, you’ve got to take the leap. In L.A., there’s as much opportunity as there is sun. You never know who you’re going to meet or how they can help you toward fulfilling your purpose.

PR4P: What has been your greatest accomplishment so far?

Alana Belle: Artistically speaking, making this film has been my greatest accomplishment so far. I never considered myself a filmmaker and didn’t call myself a filmmaker until I walked into The Northwest Film Forum this summer.  Less than a week after shooting in Los Angeles, I walked in to the Film Forum to become a member. It took the kind folks at the Film Forum to spell out, based on all that I had just done, that I was truly a filmmaker. From my perspective, I was just doing whatever it took to get the vision out of my head and into the world.  What makes this experience so much sweeter is sharing it with my brother, Quintin Allen Bell, who is a filmmaker based in L.A. We spent months developing this project and we learned that we work incredibly well together, mainly because we thrive inside of a creative vortex. I learned so much from him and was constantly in awe of him on the set. While we have plans to create so much more together, nothing will be as special as this project.

PR4P: How do you manage and balance being a mother with being a creative professional?

Alana Belle: It’s all about striking a balance. My entire life doesn’t revolve around me and my entire life doesn’t revolve around my daughter. I have a lot of conversations with Riley about who I am and who I want to be, and who she is and who she wants to be. I explain to her that making art is what my soul calls me to do and that it’s her job (with my support) to discover the urgings of her own soul. Riley is quite creative, she loves special effects makeup and coming up with video treatment ideas for her favorite songs, so we share a need to express ourselves in an artistic way. It’s wonderful to be able to share your creativity with your child, but it’s also important to put the microphone down and make slime. It’s all about balance.

PR4P: What advice would you give to another young woman who wants to succeed in the entertainment business?

Alana Belle: Well when I do succeed, I will let you know!! My idea of success is honoring the gifts you have and working damn hard at continually developing those gifts. Accepting, acknowledging, and honoring who you are innately is only one part of success. To take it to the next level, you have to master who you are and what you do. Quincy Jones once said, You have to learn the science of your craft. You have to spend the time practicing your craft, the resilience, the discipline, and the sacrifice, leading you toward the things you need to do and guiding you to toward your true purpose.