Coming to America | Her Journey is a Story with Heart 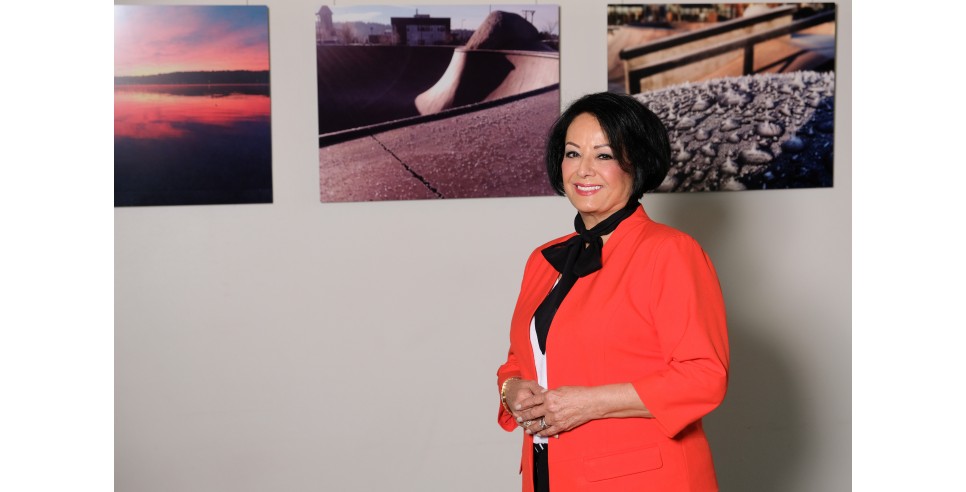 Monir Zandghoreishi has long been a highly respected designer in the Pacific Northwest, but her story begins thousands of miles from here in Iran. Monir Zandghoreishi knows what it is to come to America. Her life in America began with hope and struggle, and now today, she is taking all of the success she has earned and is pouring it back into her teaching and mentoring.  Her journey is a story with heart.

Monir radiates passion, focus and great love.  She speaks of today’s immigrants as if they are her own children. She is adamant about America being the only place in the world where she would live and regards herself as a proud American citizen.  She will never forget the day she became a citizen. She recalls shaking and crying when the immigration office told her that she had passed the citizenship test. The anniversary of her swearing-in ceremony was on the 4thof July and took place at the Seattle Center.  She felt like everyone was together, one large community, and the process made her feel as if she was born again.

“If they gave me a choice to go home or stay here, I would stay here,” she said. “This is my home. This is the place that I experience freedom and the place I love to be.” She considers America to be the one unique place in this world, where the nation once received immigrants like a kind mother who holds her children on her knee.  Everyone could do the things they wanted to accomplish. During those early days when she was struggling and everything was brand new, she remembers the strength it took to persevere. Everyday she prayed to God to give her the power to run her own life so she could give her kids a good life.  Then she made an oath: If I have a decent life, then I will help other people.

Monir Zandghoreishi has made good on that promise. She has a vivid memory of going to the store to buy fabric after a 14-hour work day.  She was intent on making robes for battered women who were living in shelters. She knew they were living in seclusion to hide from their abusers and only had access to second-hand clothing.  She made robes for these women because it was a personal gift that surrounded their bodies and would give them comfort. The robes were made from soft black and white fabric and had red sashes. She wanted them to feel good again and most important of all, to feel cherished, safe and protected. This took place thirty years ago. Monir remembered signing the paperwork that allowed her to donate the robes to the women. “I was saved,” she said. “I was in peace. I had to think about other women who needed something in their lives to make them feel okay.”

Before she retired, Monir taught fashion design for colleges, the Art Institute of Seattle, then later the International Academy of Design and Fashion (later renamed Sanford-Brown Seattle). During her twenty-six-year career as a teacher and dean of fashion, she met many students who had problems: financial, personal, and sometimes they had health issues.  She also had students who were immigrants and new to America. She always found ways to help them. Sometimes, it was a simple matter of the telling her own story to show them if she could make it in America, so could they.  On other occasions she found ways to help students to get shelter so they didn’t have to sleep in a car, or to make a wedding gown for a young bride who could not afford to pay for one. She remembers one young girl who cried when she learned how much it would cost to buy a wedding dress. Monir told her, “Honey, don’t worry.” And she made her a dress.

Soon after her retirement, Monir joined her son-in-law Maurice Leary to work with Step-it-up Camp. Originally, Maurice conceived of the program with an emphasis on sports, but with Monir’s skill set, the camp has expanded to include many aspects of fashion design and especially sewing classes. “My son-in-law is not an immigrant,” she said, “but he has golden heart. He wants to do this camp for other kids.”

Since Monir joined the camp, Eileen Fisher offered an on-site workshop that will take place on August 8thfor ten to fifteen students. Other possibilities are emerging with Eileen Fisher to provide education and tools for the camp. Outside of the camp, Monir is also teaching basic and advanced sewing classes at Quality Sewing in Tukwila. As it turns out, many of her students are immigrants. “Now I have time to do these wonderful things. I am so blessed.”

As an immigrant, Monir feels we are all responsible for each other. “Behind every person’s life is a purpose,” she said. “What is the purpose of my life? It is up to each of us to find it. Once Monir became a citizen, she wanted to tell her story to other people. Once they hear her story, they want to have it too.  She has observed that most of the immigrants who come to American work very hard. They put themselves in danger to come here. They come here for peace. They come here for community. They are good people and they serve our communities; they are citizens of the United States. Look at the America—everyone is an immigrant. Some are the newest kids on the block. 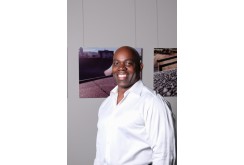 Maurice Leary | In His Own Words

Growing up, my five siblings and I didn't have much. We were homeless for an extended period of time. Living in an apartment building with no basic necessities, no water, food, clean clothing, and shoes. The hard floor was our bed, but we slept in the seated position most of the time. 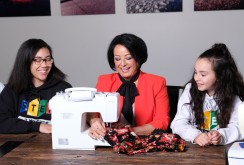 Keeping up with Step-it-up Camp

It’s been well over a year now since Fashion Designer and Entrepreneur Monir Zandghoreishi joined her son-in-law Maurice Leary to expand Step-It-Up Camp. At first, Step-It-Up Camp was the brain child of  Monir Zandghoreishi's son-in-law Maurice Leary to provide after-school athletics to high risk students. Maurice started out with 16 kids to help them develop their skills and to stay out of trouble. Maurice himself had experienced a hardscrabble past. He was born and raised in New Rochelle, New York and knew one way to get kids on the right path was by mentoring them and giving them another road map to grow stronger and more resilient every day. 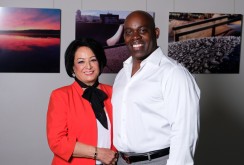 Our story about Monir Zandghoreishi and Maurice Leary is a fine example of what America stands for. Maurice is built like a linebacker and Monir has the regal bearing of a Persian Princess. Monir fled Iran during a time of grave political upheaval and unrest.  Maurice comes from a hardscrabble past in New Rochelle, New York. They both share something in common: a heart of gold and a commitment to help young people. 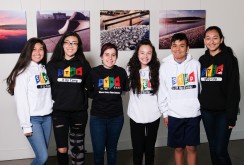 What does Step-it-Up Camp Mean to me?