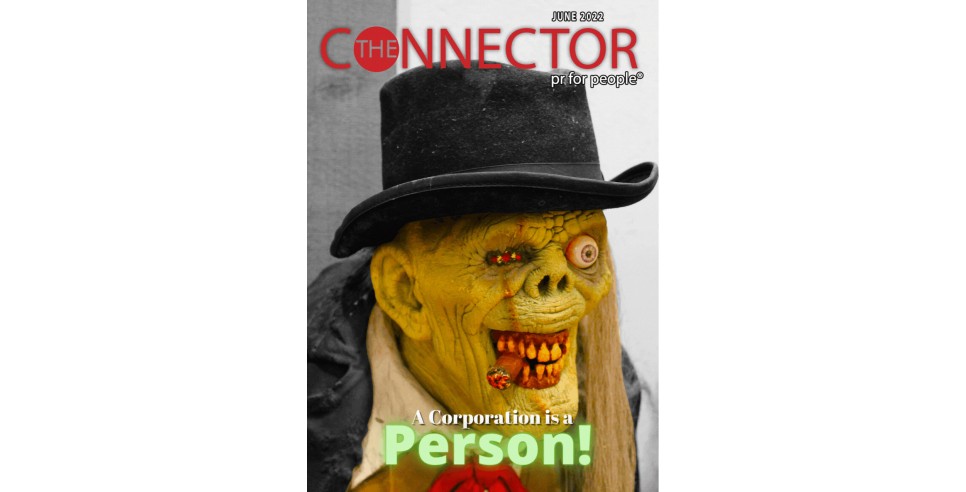 Red and Blue: We’re All Getting Screwed By Big Business  Whether you’re conservative, liberal, moderate or some variation in between, we’re all at the mercy of monopoly powers.

The Eight Traits of Fake Twitter Follower All of the hoopla Elon Musk is making over Twitter’s fake accounts is ridiculous We’ve always known Twitter is full of Fake Followers. Learn how to identify them!

Barbara Lloyd McMichael writes about Vine Maple Place  In Maple Valley, Washington, a leafy suburban city southeast of Seattle, nine churches began working together at the beginning of this century when they detected a growing problem in their community: family homelessness.

Book Review: The Curse of Bigness by Columbia University Law Professor Tim Wu, examines the monopolization movement through the lens of antitrust law.You don’t have to be an antitrust lawyer to understand how corporate monopolies are dictating the course of economic policy in America.

E.G. Singer’s essay The Million Dollar Question probes what the late Senator Daniel Moynihan once said while debating in the Congress, “ You are entitled to your own opinion, not your own facts.” So, let’s just put a few statistics up for people to consider and argue about.

Annie Searle writes about The Right to Be Let Alone. Searle’s graduate course “Ethics, Policy, and Law" that she teaches at the University of Washington prompted an Afghan student to ask: “Why is there no mention of women in the Bill of Rights and the other founding documents of the U.S?”

Book Review: The Sea, the Sea by Iris Murdoch is not a typical summer beach book. Hold on and keep yourself afloat for a stormy ride on the northwest coast of England. Shakespearean Actor and Director Charles Arrowby has left the glamorous theater world of London to retire in a damp drafty home by the sea, presumably to write his memoir.