The “Self-Made Man”: The Model for Our Future is Us! 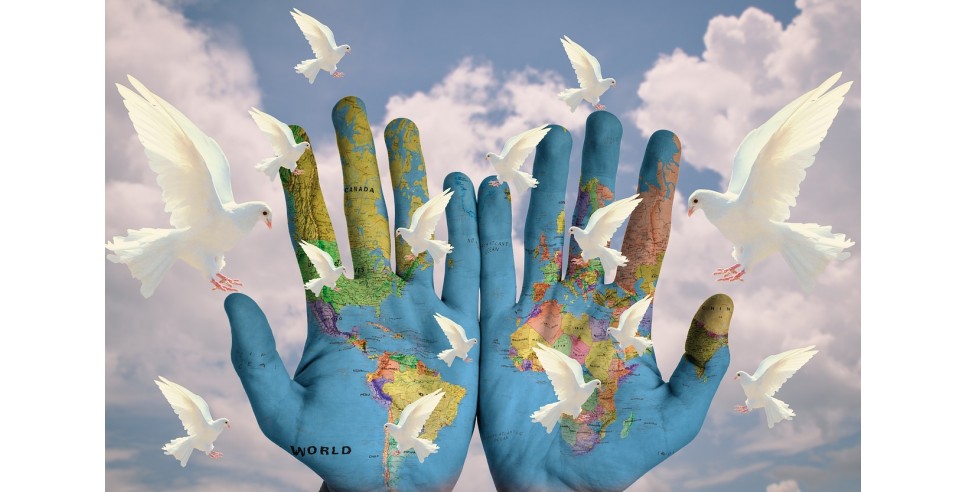 The debate about whether our species is in peril is over.  We must honor our ancestors by emulating their survival strategy, and their success.

In my new book, Synergistic Selection: How Cooperation Has Shaped Evolution and the Rise of Humankind, I propose that the human species in effect invented itself.  Over the course of the past 5-7 million years, the succession of behavioral innovations and new technologies that our remote ancestors adopted played a leading role in shaping the course of human evolution.  I call it the “self-made man” scenario.

The idea that behavior could be a “pacemaker” of evolutionary change actually dates back to the pioneering 18th and early 19th century scientist Jean-Baptiste de Lamarck – long an outcast in evolutionary theory but now enjoying a revival (as I document in my book).  For much of the 20th century, a reductionist, gene-centered paradigm dominated in evolutionary biology, and   the primary source of creativity in evolution was widely viewed to be the influence of “random” genetic mutations.  However, a great sea change has occurred over the past generation or so. We now understand that there are many different kinds of causation in evolution.  One of them is behavior, and its important role in evolutionary change is now reflected in such research areas as “niche construction theory,” “gene-culture co-evolution theory,” and in the field of developmental biology.  All this is documented in a 2014 professional journal article of mine entitled: “Evolution ‘On Purpose’: How Behaviour Has Shaped the Evolutionary Process.”

Although this shaping influence has ancient roots, it has culminated in the evolution of humankind.   There were three keys to our remote ancestors’ ultimate success:  social cooperation, innovation, and synergy.  In a very real sense, our species invented itself.

The earliest of our direct ancestors, the australopithecines, were small (about 3 feet tall) and slow-moving.  They could not have survived the harsh physical challenges of living on the ground nor held their own against the many large predators in their environment – like the pack-hunting Palhyaena – without foraging together in cooperative groups and defending themselves collectively with the tools they invented for procuring food, and for self-defense (probably digging sticks that doubled as clubs, and perhaps thrown rocks).  The result was a game-changing synergy – cooperative outcomes that could not otherwise have been achieved.  (Synergy refers to the combined effects created by two or more parts, or individuals.  The classic example is water, the joint product of two gases, hydrogen and oxygen.)

The rest of our multi-million-year evolution story has followed this same script.  Cooperation and innovation have been the underlying themes, and the synergies that result (the “economic” benefits) are the reason why we cooperate.  Thus, the emergence of the much larger, and bigger-brained Homo erectus, some 2 million years ago, was the product of a synergistic joint venture, namely, the hunting of big game animals in closely cooperating groups with the aid of an array of new tools – finely balanced throwing spears, hand axes, cutting tools, carriers, and (eventually) fire and cooking.  Not to mention (most likely) sequestered home bases, midwifery, and the first baby-sitting cooperatives.  It was, in effect, a “collective survival enterprise,” and it was sustained by multiple synergies.

The final emergence of modern humankind, perhaps 300,000 years ago, represented a further elaboration of this collective survival strategy, with synergies that continued to multiply.  The cooperating groups were now much larger –  each one was, in effect, a coalition of families -- and they were supported by a sophisticated array of new technologies – shelters, clothing, food processing, food preservation and storage techniques, and much more.  Especially important were the more efficient hunting and gathering tools, like spear throwers (which greatly increased their range and accuracy), bows and arrows, nets, traps, and fishing techniques.  And as the total number of human groups increased and they began to emigrate beyond their African heartland, they overwhelmed and displaced other hominin groups wherever they went and soon drove the local big game animals to extinction – hundreds of species all told.  Our collective survival enterprise had now become a powerful engine of growth and innovation (and environmental disruption), as synergy begat more synergy.  However, our expanding human population was also plagued by a pattern of tribal competition and warfare, and this too involved intense social cooperation and synergistic new war-making technologies.

Now, in the 21st century, the human species has expanded into a world-wide population of some 7.5 billion people, many of them living in dense super-tribes supported by mind-boggling technologies and doomsday weapons.  Meanwhile, the collective survival enterprise has become an increasingly global effort.  We are ever-more interdependent when it comes to meeting our basic survival and reproductive needs.  And a key part of this survival strategy is an enormously complex division of labor (or what I prefer to call a “combination of labor”).  It transcends our many cultural and political boundaries.  The evolutionary biologists have a term for it.  They call it a “superorganism”.

We are, in fact, totally dependent on a vast, world-wide cooperative system that produces an immeasurable number of synergies that benefit all of us in various ways.  We are totally dependent on this collective survival enterprise, and the libertarian ideal of “freedom” represents the dividends – the degree of autonomy, opportunity, and limited government that are possible only when our ongoing survival and reproductive needs are satisfied.  For every modern, complex society remains tethered to our “prime directive.”  We are the latest iteration of a 5-7 million-year-old survival strategy that we inherited from untold previous generations.

It is this fundamental biological reality that must guide how we respond to our growing global crisis.  We are at a tipping point as a species, but it is a crisis of our own making and, fortunately, we also have options for how to deal with it.  If we follow the proven pathway of innovation, cooperation and producing new synergies, there is every reason to hope that we can make the necessary changes and create a sustainable global society for the long term.  But there is no time to lose; the debate about whether our species is in peril is over.  We can honor our ancestors by emulating their survival strategy, and their success.

The “Self-Made Man”:  The Model for Our Future is Us!

In my new book, I propose that the human species in effect invented itself.  The behavioral innovations and the technologies that our remote ancestors developed played a leading role.

There were there three keys to our remote ancestors’ ultimate success: close cooperation, innovation, and synergy.

The earliest of our direct ancestors, the australopithecines, could not have survived the harsh physical challenges of living on the ground without foraging together in cooperative groups.

We are, in fact, totally dependent on a vast, world-wide cooperative system that produces an immeasurable number of synergies that benefit all of us in various ways.

About Peter Corning Peter Corning is currently the Director of the Institute for the Study of Complex Systems in Seattle, Washington.  He was also once a science writer at Newsweek and a professor for many years in the Human Biology Program at Stanford University, along with holding a research appointment in Stanford’s Behavior Genetics Laboratory.