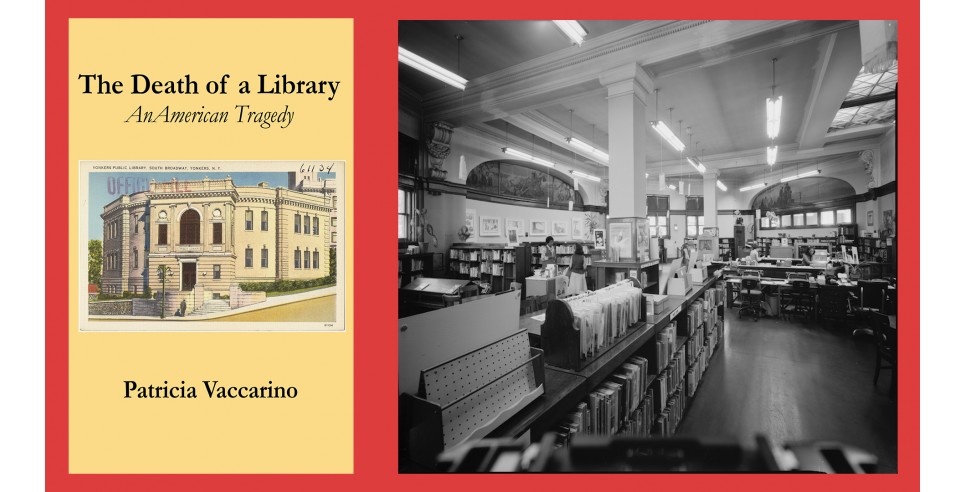 I’ve been a writer through most of my professional career in public relations. A few years ago, I retired from my firm. My older daughter took over so I could focus on writing books, articles and essays. I’ve written over twenty profiles of public libraries as diverse as the Library for the Performing Arts in New York City to the Ernie Pyle Library in Albuquerque, New Mexico. I love all libraries, but it is the Yonkers Carnegie Library that will always be my first love.

I left my hometown of Yonkers at seventeen, but I never forgot the Yonkers Carnegie Library, which was commonly held to be the most beautiful building in the city. No one seemed to know for sure why the library was destroyed in 1982.

My first two works of literary fiction focused on Yonkers and the Yonkers working-class culture. The library kept popping up. In fact, the library was featured in both books. One of the main characters in both books is a librarian at the Yonkers Carnegie Library. Even though these books were fiction, it was important that I got my facts straight. I researched the library just to be sure that my recollection going so back so many years was indeed accurate. I came to quickly find out that the circumstances that led to the death of the library were steeped in half truths and wild rumors.

I wrote The Death of a Library: An American Tragedy because I felt a moral obligation to set the record straight. After many hours of research, a clear picture began to emerge.

The Death of a Library: An American Tragedy – Podcast interview

The Death of a Library: An American Tragedy on Amazon