The Importance of Life Insurance

For years, everybody asked me if I watched the TV show Breaking Bad, which I had not. Finally, I broke down, bought Netflix, and started watching the show. After a couple of episodes, I became aware that part of the reason the main character becomes a drug dealer is because he is financially desperate.

As an individual who is suffering from cancer, his concern is for his family and what he is going to leave behind. Will they be financially destroyed by his death? So the character, who is a high school chemistry teacher, does something very dramatic. He starts cooking meth and becomes a drug dealer in order to raise $750,000 to help pay the mortgage and college for his kids.

When I realized that it was a life insurance problem, I thought about another show that I’ve seen, a TV show called Weeds, where a woman’s husband dies and she is left with nothing, so becomes a marijuana dealer.

I said, “Wow. A lot of movies and TV shows have themes of financial desperation.”

So what do they all have in common? All of these stories of desperation came about because of a lack of awareness as to the importance and the need for life insurance. I thought it was a compelling idea. I hope it will provide motivation for people who read this, to make sure that they have their financial house in order, so they won’t be forced into situations where they have to do the things that the people in these stories do. 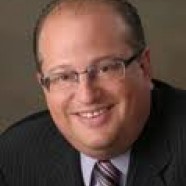