From Texas The Food Science Solution for Weight Loss 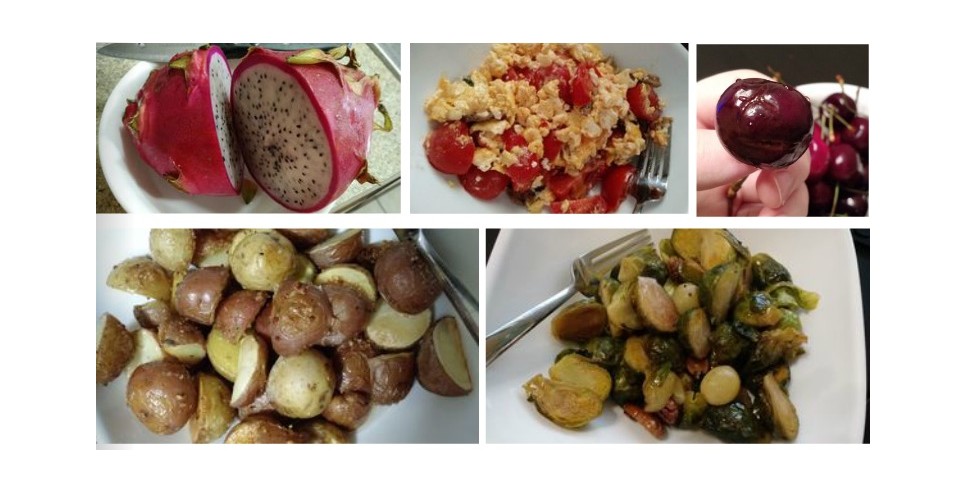 A year ago, I did a full bloodwork analysis with the help of my university health plan. The hospital billed me $3,641, which was fully covered by insurance. The number from the results that scared me was my glucose level, 105, above the preferred 100 max. The Hemoglobin percentage was only 5.6, putting me below the 5.7 max. Thus, I was not yet pre-diabetic. My cholesterol was an amazing 165, well below the 200 that would have been too high. Oddly, despite eating a lot of meat and dairy, my protein and calcium levels were a bit low. After carefully researching the meaning behind each of the tested indicators, I set out to correct the problem areas.
I am now fully self-employed via my Anaphora publishing company; thus, I have decided that I cannot budget for the potential health complications associated with obesity. I was 247 pounds when the above tests were taken. I had never been on a diet before. By eating normal food, I maintained a weight around 165 (with fluctuations by twenty pounds in both directions) up until 2009 or so. That year, I started my PhD program, while also teaching and opening my publishing company. My work week jumped to as many hours as were available in the day. I tried to minimize cooking and shopping time by buying a lot of frozen products that could be heated up in the microwave or stovetop in a few minutes without extra preparation. Since I was living on my own, I typically had to eat a whole pizza or a whole package of shrimp and pasta in a sitting to avoid generating leftovers. I was not eating fast food or sweets, but the sauce-covered frozen chicken wings and other goodies were equally fattening. My weight jumped up to around 247 that year, and remained there.
Up until seeing the glucose level results, I did not feel as if there was anything troubling about my weight. The majority of academics and publishers I know are overweight. It’s almost a badge of honor to be chubby, and makes one look older, wiser and more fit for mind-work. I was exercising more in these overweight years than previously, frequently doing more than an hour of aerobic activity daily. My blood pressure was spiking to extreme levels at times and I was losing breath during these trials, but it didn’t bother me.

Diabetes is a horrific disease, so after the busy fall semester ended, I started researching what I should do to prevent it. A decade earlier, I was told by a digestion specialist that I had to increase my fiber intake to lower my constipation and other digestive abnormalities. He said that the fiber gummies I was taking were not enough because the required daily fiber intake is a lot more than their recommended dosage. The documentaries and articles I now read about weight loss now reminded me about fiber. The diet that resonated with me the most is the whole food, plant-based diet. But it still is more of a “fad” diet than a sustainable lifestyle. It reminds me of the kosher laws I was drilled in Hebrew school. It proclaims that animal-based, dairy, oil, and processed foods are loaded with deadly carcinogens. Meanwhile, its proponents logically suggest starting a diet by adding foods, rather than subtracting them.
Thus, I added as many fruits and vegetables as I could fit in my fridge. One of the reasons I avoided them previously is that they spoil within a week, so I had to start shopping weekly. I used to cook steak, chicken, duck and other meats daily for dinner, but I cut these out to make sure that I finished all of the vegetables I was buying without spoilage. I was still eating a bit of processed meat, poultry and dairy in the morning via pre-cooked frozen breakfast dishes. Recently, I am trying to cut these out by eating three hardboiled eggs with ketchup for breakfast. I eat eggs to avoid taking B12 and other substitutes needed when eating a vegan diet without any animal products. To manage my energy-level, I’m eating half a watermelon for most of the week, and a lot of other fruits. I am breaking the rules by cooking the vegetables with butter and eating roar cucumbers and tomatoes with sour cream. On the other hand, the first thing I did was cut out all of my coffee consumption to avoid all of the sugary cream I had to take with it. At first, I substituted it with energy drinks to mitigate the withdrawal, but then I started drinking black tea with honey daily and it’s been keeping me going. I’ve discovered that white rice causes constipation and is counter-dietary, so I don’t think the “China Study” justifies its excessive consumption. I am eating enormous quantities of vegetables (broccoli, eggplant, zucchini) by volume a typical plate is larger than the size of a stuffed-crust pizza.
The weight has been creeping down very slowly, but it is consistently dropping. This morning, my scale reached 195 pounds for the first time. I think the trick with the plant-based part of the diet is that regularity means some of the food is exiting as it is supposed to, while when I was eating pasta and pizzas, the bulk of it was staying put via continuous constipation. The watermelon might be spiking my blood sugar, but there is no more fast-acting fiber-source.
If I had spent this past seven months on the Biggest Loser, I would have lost the competition. Only 52 pounds? On the other hand, a lot of people that lose weight too rapidly have to have surgery to remove loose skin. I hope that losing it more gradually will allow it to tighten up more naturally. With this in mind (since muscle helps to tighten skin abandoned by fat), I am exercising daily for 37 minutes with a free YouTube Kickboxing for Dummies video. (Apparently, over-exercising or doing well over an hour of daily exercise can actually increase chances of heart-related problems just like not enough exercise.) I think my high kicks and flexibility are significantly improved without the extra five stones. I have been getting comments while shopping that my outfits are hanging on me because I’ve lost so many sizes, but I don’t want to re-shop until I’m closer to a stable weight. My initial goal was getting back down to 165 pounds, but I guess the normal weight for my 5’4” size is 120 pounds and even 145 is overweight based on IBW. On the other hand, being underweight can cause a lot of other complications due to vitamin, nutrient and other deficiencies. I hope my body will figure out what weight works best for it if I keep up this high-fiber regiment.
I hope these findings from my diet will help others struggling with excessive weight, which is basically the majority of Americans. There are as many opinions on what makes an ideal diet as earthlings. Did Steve Jobs prolong or shorten his life by eating apples-and-carrots, being an occasional fruitarian, and fasting? Should we exercise more? Should we eat only meat or avoid it like a death-trap? It’s clear that all of us should be experts in food science because it’s something we do daily, and I gotta stop writing to go do it some more.