A Toast to the Best French Toast-Maker in the World 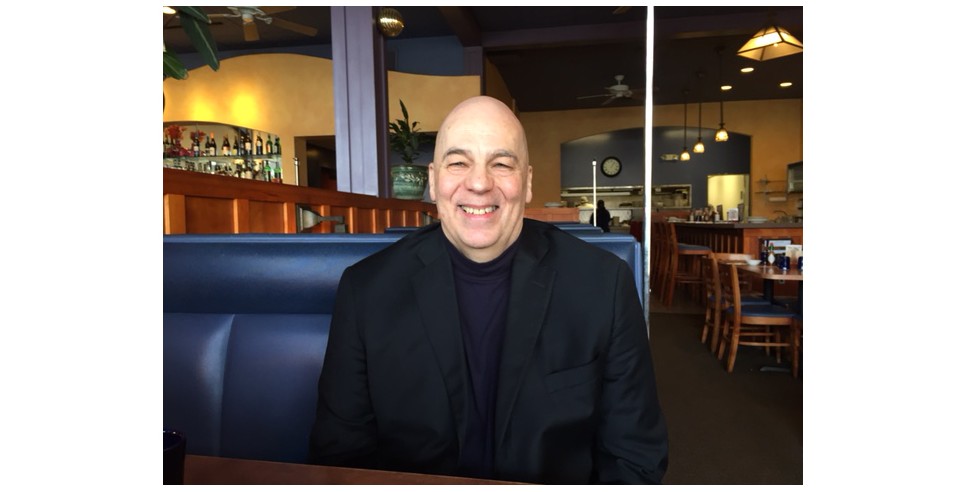 Chef Yihdego Giday was indeed the chief of his own private culinary country, an aesthetically sophisticated domain of tastes, aromas and earthen colors.

As my gaze turned naturally from one elegantly penned image of stately Ethiopian women to another—all artfully placed throughout the restaurant, I could not help being drawn to their extraordinarily intricate weaves. The braid itself has always held special meaning for me, evoking a trio of delicacy, beauty and strength.

Soft-spoken and yet speaking with a kind of rough elegance, he told me he had arrived seven years ago in 2004.

“If you came in 2004 then you are now free to return to your homeland with no loss of time,” I said wryly

Chef got my joke about the year date and laughed heartily. Our bond had been sealed. Now things flowed. A painting of the coffee ceremony done on goatskin “canvas” caught my eye.

Though having always been a painter, using the skin of a goat to paint upon would probably never have crossed my mind… more on that ceremony in a minute.

Yihdego’s background ranged from cooking in a variety of hotels in Addis Ababa to being in charge of the menu for both Google and Nordstrom’s before culminating his trajectory with the grand opening of “Chef,” here in Seattle, Washington. After a stint as a student of the culinary arts at the Seattle Community College he could now claim to have also added French and Italian dishes to his ever-increasing repertoire.

“After twenty-five years my ‘kitchen legs’ and feet don’t stop aching. Here in America there is no rest---ever!!!”  I quickly imagined an American god angry and upset because no one is resting on the seventh day as Yihdego had told me earlier is done so religiously all over Ethiopia.

Teshynesh, Chef’s lovely wife, suddenly appeared from the other side of a screen concealing the service area and smiled benevolently, just like the sun reappearing from behind a thundercloud. When I found out her name meant “sunshine,” I too broke out into a bright smile. Outside raged the wind and rain pounded mercilessly on the dark pavement, but here inside “Chef” existed an oasis of warmth and light.

Remembering again that striking painting on goatskin of the coffee ceremony, I knew I just had to try his Italian Espresso, whose reputation had preceded my arrival. In minutes, Yihdego returned cradling the petite porcelain demitasse and contently placed it down before me.

“One shot,” he gestured mimicking the motion to drink it down quickly. I did. The pre-heated demitasse, almost too hot to hold guaranteed this maximum temperature allowing my taste buds to become momentary prisoners of that famous “coffee triangle” of Brazil, Ethiopia and Italy.

The words “coffee maker” inked onto that goatskin tableau refers to the Ethiopian coffee ceremony, arcane yet highly sophisticated, and while that same word in America evokes the ultramodern, with more than a grain of sophistry. Two diametrically opposed worlds: one, standing for slowing down to smell the coffee and feel the culture. The other, prescribing a cult of speed as the best medicine to treat a false need—two fiercely “different gods,” one orthodox and the other unorthodox.

As I rose to say goodbye, I put down a $10.00 bill for the “coffee ceremony.” Immediately from the depths of his kitchen realm, Chef Yihdego shouted out with a smile as wide as the Nile:

“That’s mine!” He of course meant that it’s on the house.

I now knew why he had to sell—to save his sanity to be able to once more savor his life in the same way so many others had savored his cookery. Though I hadn’t had a chance to talk about his French toast, the talk of the town, I knew every great Chef created his own world and Yihdego must be one of the best, no doubt. My hat is off to him, who has never needed to don a true chef’s hat to show who’s in charge of this delectable collection of Ethiopian delights!