Libraries We Love – Requiem for a Dead Library 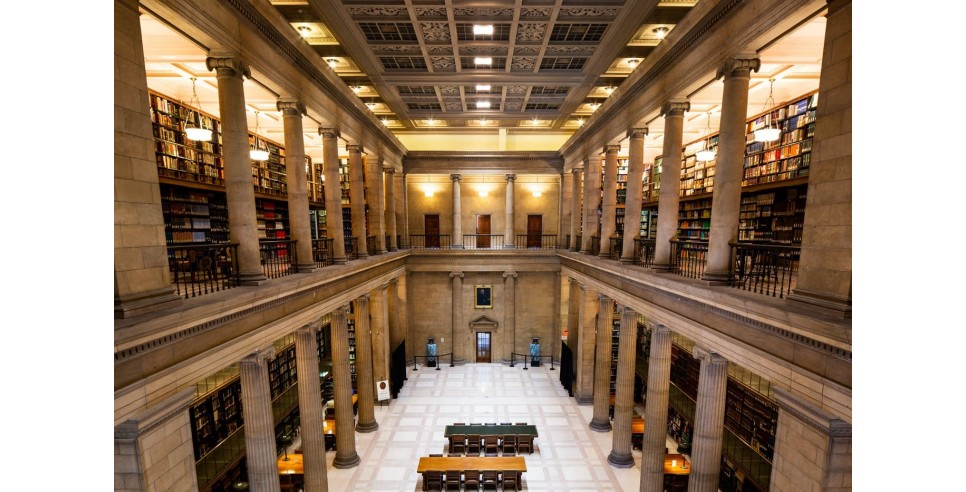 Libraries We Love –  Requiem for a Dead Library

The key to understanding people and the world around us begins with education. One way to learn about the world is by developing a love of books. Each month, we profile a library. Large, small, urban, rural, post-modern, quaint or neo-classic; do you have a library that you love? Tell us about it. This month Patricia Vaccarino writes about the James J. Hill Center (formerly named the James J. Hill Reference Library) located in St. Paul, Minnesota.

During the Small Business Summit held in NYC* in November 2008, I had a chance to learn a great deal about the James J. Hill Reference Library. I thought profiling this library was the perfect accompaniment to our feature article this month that focuses on small business in America, with emphasis on small businesses struggling to survive on Main Street, USA during the great pandemic of 2020.

The James J. Hill Library was widely known the nation's premier source of business information and housed a world-class collection of practical business resources—open to the public for free. Entrepreneurs who must carefully watch the expenditure of every penny that it takes to make a dime love free resources that can add value to a new business venture.

The James J. Hill Reference Library served emerging entrepreneurs and business owners, experts and academics for nearly a century. The library was founded by railroad magnate James J. Hill, who in much the same spirit as steel baron Andrew Carnegie, believed the most important way to serve a community was by funding libraries that made knowledge and resources free and accessible to all. The building housing the James J. Hill Research Library was deemed to be a “high point in Beaux Arts Architecture.” Construction for the library began in 1913; James J. Hill died suddenly before the library opened to the public in 1921.

James J. Hill specified from the onset that the library’s collection only hold books and other reading materials specific to business. He purposefully excluded popular fiction and other disciplines such as law, medicine and genealogy. Every other subject, though, history, science, economics, art, music, and geography, was deemed to be relevant to business and enhanced the visionary capacity of the entrepreneurial mindset. Later in the library’s history, the collection expanded to include business reference systems and essential databases that are critical to business formation and research. By 2013 the growth of programs, services and acquisition of digital assets prompted a name change to the James J. Hill Center.

What began as my intention to write about the resources offered to entrepreneurs by the James J. Hill Reference Library unfortunately resulted in being a requiem for a dead library. I don’t have all of the information to do a post-mortem, but here are a few facts.

I can’t delve deeply enough here to assess whether gross mismanagement and costly business mistakes factored into the library’s death. At one point in the last few years, the library’s attempt to use a modest fund of $75K to act as a seed money for startups is wildly out of character for the mission and business operations of any library, especially when it needed $5M to maintain overhead and the make the necessary improvements to its 40,000 square foot building.

It’s safe to say, this library should not have died. In some ways, the library’s death is a powerful metaphor for what is happening to small businesses—the very community the James J. Hill Library served.  All across America, small businesses are hamstrung and getting squelched by a lack of funding opportunities, grossly inadequate health care resources, and punitive regulatory and tax laws. It’s no wonder that small business formation has been on a steady decline since 2008.

It goes without saying that this library should not have died, but its death also serves as a powerful bellwhether to other libraries in America to assess whether they will be able to survive in the current political and economic climate caused by many factors, including the Covid - 19 pandemic. The building housing the James J. Hill Center was added to the National Register of Historic Places in 1975.  As of this writing, no one has yet bought the building. I’m hoping that someone with an astute business mind and financial clout will resurrect the library from its death.

*full disclosure The Moran Media Group, organizer behind the Small business Summit November 2008, was my client.