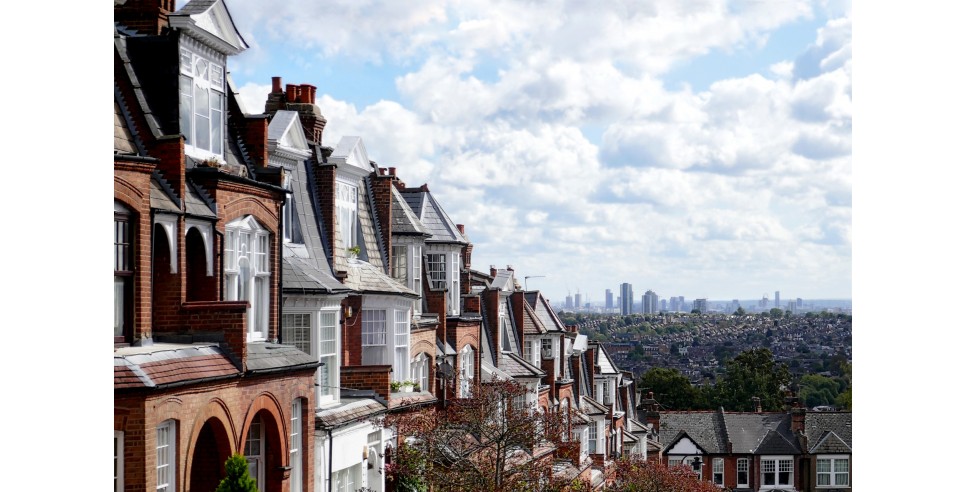 My memories of first seasons started with my family’s move to Yonkers, New York, when I was 6 years old. During the post-war baby boom, many families took advantage of purchasing their first homes and beginning to live the American Dream. And so that was how we came to live in this small suburb. My parents would purchase this—the only house they would ever own.

We moved in on Halloween night. After quick introductions to the next door neighbors, my parents allowed me to tag along, without costume, with their children for a while to collect some candies. For some reason, my parents felt confident I would be safe and allowed me to go trick or treating with them. It was the innocence of the mid-1950s!

Yonkers, a small suburb located about 25 miles in distance, but a world away from New York City, displayed tree-lined streets with individual homes that had front yards and back yards. And although not a rural environment, it gave off an undisturbed quiet, until the children and commuters returned from the schools and city, respectively, in the late afternoon and evenings to their homes. My mother worked—so I was a latch-key kid.

This was a small neighborhood that was child-friendly. The adults and children, knew each others’ names. The adults called us by our first names— we called them by Mr. and Mrs. whoever. I was able to walk, then later bicycled to school, once I was given the trial run by my father. It seemed fairly simple to navigate, with only a few lefts and rights to remember, and may have taken less than a half-hour to reach the public school, although it seemed a lot longer at times. And although I didn’t walk miles and  miles to school each day, it was nevertheless a slog in rainy and wintry weather.

But with other kids trudging along, in the same direction, it was hard to get lost and you were not alone— but you could always get distracted, and be late sometimes.

I did become friends with the boy next door and for the entirety of my five years living there. We spent many hours playing and laughing together. On my block, many of the neighborhood kids, including my new best friend, waited at the top of the hill for the bus to take them to Our Lady of Something Catholic School. Lined up by sex for the bus— girls dressed in white blouses, dark, blue, pleated skirts and oxford shoes and berets, boys in white shirts, dark tie, speckled wool pants and brown shoes— all with catechism books in hand, as they began their elevation into another world. I would watch them climb the steps of the bus, then walk off every morning to the public school, some eight or ten blocks away in my own uniform of flannel-lined jeans, sweater, parka and snow boots. I felt lucky, even then, for not having to dress and probably think like them.

The neighborhood, as I began to find out was populated by Italian and Irish families, mostly Catholic, with the exception of a childless German couple who lived across the street and two houses down, and a poor family from Appalachia, (how they found their way to this neck of the woods, I’ll never know). That family and the Irish family that lived behind us, whose patriarch was a drunkard, were ostracized, with no apologies from the rest of the neighbors. Although, we were the only Jewish family in the neighborhood, I had no conception of what that really meant. It was later in the year, when I would view the colored lights that dangled around the perimeters of the houses that surrounded us, and the Christmas trees on display in living room windows, that differences became apparent. With all the display of pageantry of the season, our house seemed dark and nondescript, except for the front and side porch lights.

My house was located on Young Avenue, second house from the corner on a hill. It was a two story clapboard house, a garage and enclosed, screened-in back porch, with three bedrooms, two upstairs, one being mine, the other remaining empty, except for my grandfather, who lived with us briefly, my parents’ bedroom, downstairs, a den and one bathroom downstairs. The home had two entrances, a front door, which we almost never used, and a side door, which we always used.

It was living in this new physical environment, peering out my bedroom windows and walking to and from school, that my awareness and enjoyment of the seasons began, where I became aware of the transition of time: the late fall weather; the leaves changing colors and blowing off branches, followed by the winter rains, and then quiet, night snow falling.

I learned quickly after these winter snow storms, two possibilities existed for the following day: school being closed and good sledding.

Through a note sent home during the winter, parents were advised to listen to the radio starting at 6:00 a.m. and see if certain schools would be closed because of poor weather. I usually looked out my second story bedroom window, after I saw the previous evening’s snow fall and joined my mother the next morning to listen and see if P.S.(public school) 29 would be closed— and sometimes it was. Yeah!

And the sledding, Yes! The hill I lived on connected to another block with a hill, which connected to yet another block with a hill—that made for a very long downward ride. This is where we began our sled rides— at the very top. When the snow was packed down and glazed with ice after some days, we were able to get up enough speed, at the summit to cruise, making a left turn, then a right turn and then another left turn proceeding all the way down to the end of the run. And while the excitement lasted for probably, not more than 5-10 minutes, it was worth every breathtaking moment. However, lugging our sleds back up the hills, was another matter. So, after two or three runs down, exhaustion set in.

The other memory of winter was of playing football and trying to run over frozen ground and avoid being tackled at all costs, knowing that hitting the ground, was the equivalent of making contact with frozen tundra, and bouncing along like a bowling ball.

The springtime also had many memories as the snows melted away. As the days got longer and the sun warmed the air and the frozen earth, nature’s sights and sounds became alive to me—especially on my walks to and from school. The lawns greening, the trees leafing out, the first flowers blooming; the incessant chatter of birds—all proved that old man winter had truly packed up. Little League and all other outdoor activities were beginning and welcome— after the more limited indoor activities.

The planting of gardens and the visual awareness of all the new insects: bees and ladybugs. In late spring, and into summer, the lawns and bushes were inhabited by beetles, butterflies, moths and mosquitoes (always attracted by the porch lights), followed by the grasshoppers and praying mantises, flying around, and of course the lovely tempos of the crickets—the last audible noises before slipping off to sleep— it all becoming part of the summer’s menagerie of sight and sound. But the surprise of late summer, when the evenings were warm and a bit humid, were the tiny green lights that began to appear, that flickered on and off, flying a few feet off the ground. Fireflies, or as they were called then, lightning bugs— beautiful little creatures that resembled bees with their anatomies, but with green and black striations, rather than yellow and black—and no stingers! We would try to capture them in our hands, taking great care to handle them gently and to watch them glow, on and off, then let them go. I did at least on one occasion, capture some, which I put in a glass jar, with a metal top, then placing it on my nightstand, to watch with delight. Sadly, in the morning they had died. Somehow I knew I would never do that again, that something that created so much visual beauty needed to be free to continue on and delight everyone.

The warm, humid days and nights in late summer brought with them, what they call, weather— real weather— that I had never experienced before. I remember one day,  being aware of just a hint of breeze, the air being mostly very still and thick, few noises around. It was they say, the lull before the storm, as the sun disappeared behind ominous gray and white clouds that eventually became darker as the afternoon progressed and the humidity rose uncomfortably.  The weather front was moving in. And just as if on key, the clouds opened, with torrential rains pouring down, lightning and thunder. I watched spell-bound from the living room window, as the rains created a small river running down my hill, that overflowed the curbs. As the storm passed, the thunder and lightning echoing from a distance now, I immediately went outside to soak up the last rain drops, as the sun began to peak through the parting cloud cover. The air was alive with the sounds of insects and birds, chattering and discussing the event that had just transpired. It was refreshing to exchange the heat and sweat, moments before, for the damp coolness on my face and skin— the storm’s buildup taking a few hours— the storm’s arrival and departure, maybe a few minutes. It was quite amazing. Also, during the summer months, a louder sound late at night could be heard— as the engine’s roar and the radio blasting from my neighbor’s teen-aged son  ascended the hill in his mint green Thunderbird convertible, after doing whatever teenagers did at that point in time— of which I had no clue, but thought must be fun.

Summer was of course was also a time of no schedules, no school, no adults, (at least, not at my house), and being able to sleep in. My non-schedule was breakfast and then gone—lunch and then gone—dinner and then gone— till hearing my name being called in the dark.  And to repeat that for days and weeks felt special. What a life!

And as the summer turned to fall again, I continued to become much more aware of other seasons— the seasons of life: younger teachers replacing older teachers, different classrooms, with unfamiliar subject matter; familiar classmates, looking older, with new haircuts and new clothes; friends who spoke of a new brother or sister born into their family.

However, it was the overall impression of innocence and freedom that would stay with me, especially during the summers that was so memorable. It was an idyllic time for me, my family, and the nation, in many respects.