From privilege to the poor house – one woman’s story 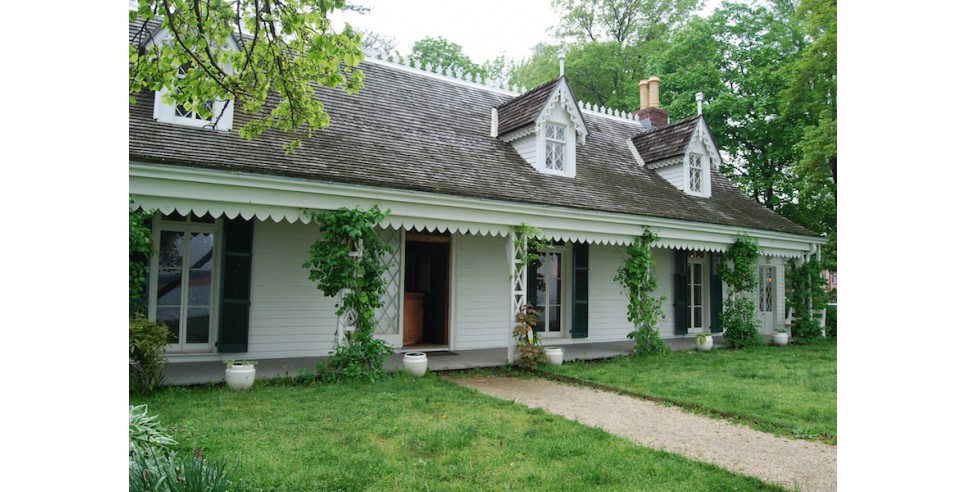 One of America’s favorite tropes is the rags-to-riches story, in which earnest young people pursue their passion, pull themselves up by their bootstraps, and are rewarded with material success.

But if supermarket magazine racks and nightly news headlines are any indication, there is also a fascination with stories that flip that narrative. Lord knows that in America, the opportunities for failure are nearly as great as the chances for success – a look at Western ghost towns, Rust Belt industrial centers, and Atlantic City’s abandoned casinos all remind us of this.

And on Staten Island, across from the gleaming skyscrapers of Manhattan and Lady Liberty’s uplifted torch of hope, a centuries-old, vine-covered cottage provides an intimate and poignant tale of one woman’s riches-to-rags downfall.

The Alice Austen House, also known as Clear Comfort, is now open to the public, thanks to decades of work, money and dedication by local preservationists. It is now included on the list of Historic Artists’ Homes and Studios, a coalition of over 40 museums that once were the homes, private sanctuaries, and workplaces of American artists.

Here is the story of this artist and this place:

Born in 1866, Alice Austen never knew her father. He had abandoned his wife during her pregnancy, so Alice’s mother took her infant and went back to live with her parents at Clear Comfort, where Alice grew up to become a prominent member of Staten Island society and a pioneering and prolific photographer. She led a privileged and independent life for decades and lived most of her life in the family home.

Originally a Dutch farmhouse built in 1690, it had become a tumble-down structure by the time Alice’s well-to-do grandfather bought it in 1844. But over the next quarter-century, John Haggerty Austen restored and expanded the house, transforming it into a cottage in the Victorian Gothic style. His wife Elizabeth – Alice’s grandmother – dubbed the place Clear Comfort.

In Alice’s childhood, the Austen household was a busy one. Not only did she and her mother live there with the older Austens, but so did her mother’s younger siblings – Alice’s Uncle Peter and Aunt Minn.

When Minn married a Danish sea captain, Alice’s newly-minted Uncle Oswald became the one to introduce Alice to photography when he brought home a camera from one of his voyages overseas. Only ten years old at the time, Alice was captivated by the bulky box that was able to create such magic.

Uncle Peter, meanwhile, had become a chemistry professor at Rutgers University, so he was able to show her how to develop and make prints from the glass plates she’d exposed.

Then the doting uncles built a rudimentary darkroom for Alice up in the attic. It wasn’t equipped with running water, so she had to carry her plates down the steep wooden steps and outside, where she rinsed them with water pumped up from the garden well. This became her regular practice, no matter what time of year.

Alice had a voracious appetite for images and dedicated herself to recording everything on film. She took photographs of family and friends as they enjoyed the pastimes of the era – picnics, card games, costume balls, ice skating parties, and thrilling new sports like auto racing, bicycle riding and – Alice’s favorite – lawn tennis.

Clear Comfort looked out over The Narrows of New York Harbor, and from that vantage point, too, there was endless entertainment. Alice watched, and captured, images of the Great White Fleet and the Lusitania sailing by. And to the north, she watched as the Statue of Liberty was erected.

Alice also traveled widely – throughout the United States and to Europe, always hauling along her camera equipment and taking photographs wherever she went.

But beyond capturing scenes of life from her own circle, she also took grittier portraits of the working class – scenes of bootblacks and blacksmiths, organ grinders and oyster shuckers, egg vendors and newsboys and new immigrants.

When Alice was 33 years old, she met Gertrude Tate, who became her devoted partner for the next half century.

The ladies continued to travel, and Alice also spent considerable time improving the grounds of Clear Comfort and founding the Staten Island Garden Club in 1914. For almost every occasion, she took photographs – images that reveal a personal but expansive view of the conclusion of the 19th century and the dawn of the 20th.

While Alice treated this as her life’s devotion, she apparently never considered it a career. Instead, she relied on her inheritance to cover her living costs – but that income dwindled over time, and when the stock market crashed in 1929, Alice and Gertrude found themselves in difficult financial straits.

They tried staging a tearoom on the Clear Comfort lawn, but when that didn’t bring in enough to sustain them, Alice was compelled to sell off the furnishings and art in her home. Then she had to mortgage the property. By 1945, she had lost that, too.

Before she moved out from her beloved family home, she asked a friend from the Staten Island Historical Society to store her glass plate negatives. Everything else was sold, and Alice and Gertrude moved to an apartment.

When they found they couldn’t afford even that, Gertrude’s family took Gertrude back, but made no such offer to her partner of half a century.

But the same year that Alice was deemed a pauper, a researcher came across Alice’s negatives in the Staten Island Historical Society’s archives. This discovery led to connections with a publisher, who included Alice’s photos in a book titled “Revolt of Women” and who also arranged to have Alice’s story and photos featured in Life and Holiday magazines.

The proceeds from these endeavors were enough to move Alice, by now wheelchair-bound, into a private nursing home.

October 9, 1951, was proclaimed Alice Austen Day on Staten Island, and she was the guest of honor at a local exhibit of her photographs. She is reported to have told the 300 guests who turned out for the occasion, “I am happy that what was once so much pleasure for me turns out now to be a pleasure for other people.”

Over the next decade, Clear Comfort gradually reverted to the tumble-down state Alice’s grandfather had confronted a century earlier. But because Alice’s works had been rediscovered and her reputation had been revived, a public effort got underway to save the house and grounds. Over the next three decades, restoration was undertaken in bits and pieces.

The Alice Austen House was designated a National Historic Landmark in 1993. In 2017, it was further marked as a site of significant LGBTQ history. Today the site is open to the public as a house museum and cultural center. Year-round, it features exhibitions of Alice’s photography along with works by other photographers.

Alice, no doubt, would be pleased.

LEARN MORE: Alice Austen’s life story is just one of many narratives about American artists’ work and challenges that are preserved and interpreted by museums associated with the Historic Artists’ Homes and Studios program. Learn more at https://artistshomes.org/

Historical Photos are used with permission from the Collection of the Alice Austen House.