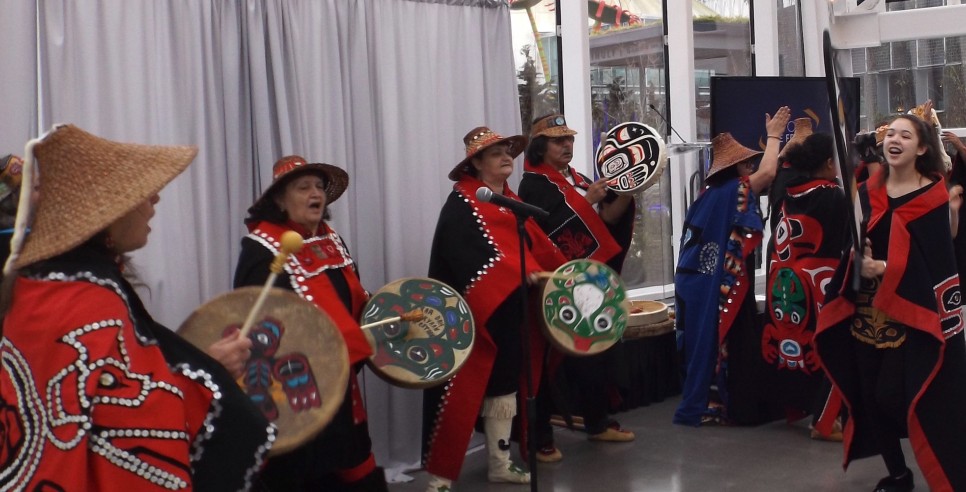 Except those moments were – not outright frauds, exactly – but certainly staged depictions rather than journalistic documentation.

Curtis was a Seattle-based artist who, at the dawn of the 20th century, feared that he was witnessing the eradication of Native Americans in his lifetime. American Indians were being shuffled onto reservation lands and stripped of their traditional ways of life. Their children were being sent off to boarding schools and prohibited from speaking their native tongue.

So Curtis decided to dedicate his talents to portraying the diverse cultures of a “vanishing race” of people, even if that meant fudging a little when it came to veracity. He wanted to show his subjects in their prime, with their power and dignity intact. He wanted to create a record of the extraordinary cultures they had developed – pre-European contact.

But in framing his project in this way, Curtis shaped a narrative that in some ways lives on to this day. It freezes Natives in an idealized time capsule, and neglects to acknowledge the ways tribes have grappled with the last couple of centuries of heavy-handed government efforts to convert, remove, contain, assimilate and exterminate the American Indian.

What Curtis’s photographs fail to show is how, despite all that, the Native peoples adapted and resisted and ultimately persevered. They did not go extinct.

Now in 2018, 150 years after Curtis was born, tribes, museums and other cultural institutions throughout the Pacific Northwest will be revisiting Curtis’s works in an initiative called “Beyond the Frame – To Be Native.” This is a region-wide effort to reconsider preconceptions of Native identity, and to have conversations on race and culture and resilience.

Yet even this started out to be a conventional retrospective. A few years ago, a prominent collector of Curtis’s work contacted the Seattle Public Library, which has extensive holdings of the late photographer, including two complete sets of Curtis’s magnum opus, The North American Indian. Each 20-volume set contains over 2000 photogravure images, accompanied by some 5000 pages of narrative text.

Jodee Fenton, manager of the Library’s Special Collections, realized this could be something special. She put out a call to other cultural organizations around the Pacific Northwest to see if there might be any interest in collaborating on a sesquicentennial event.

“At first we thought it would be a Curtis-only celebration because the work is so monumental,” she said.

Scores of cultural institutions responded – museums and archives and libraries.

But so did several tribes – representatives came from the Confederated Tribes of Warm Springs in Oregon, and from the Yakama Nation on the other side of the Cascade Mountains. They came across the Salish Sea from the Port Madison Reservation, home of the Suquamish Tribe and final resting place of Chief Seattle. More comments flowed in – from Makah and Hopi, Lummi and Diné, Tlingit, Snoqualmie, Navajo and Cherokee. People responded because their ancestors were represented in Curtis’s work. They  answered to the call because they were living proof that the American Indian had not vanished, and they wanted to have a voice in how this work was going to be presented.

This is when everyone began to realize that here was an opportunity to do something vastly different.

For starters, the planning meetings began to be held outside of the steel and glass canyons of downtown Seattle – they moved to the Duwamish Longhouse and Cultural Center, situated near the mouth of the Duwamish River and the site of an ancient village, and to Daybreak Star Indian Cultural Center in Seattle’s forested Discovery Park.

And instead of beginning with briskly caffeinated calls to order, the meetings opened with welcoming benedictions from people who were descendants of longtime inhabitants of the land – people who spoke of the trees and the wind that still carried their ancestor’s voices.

There were trainings in cultural sensitivity, and lunches of salmon and frybread.

And finally there was the name change. It had started out as “ESCurtis 150" – with a promised tagline to come that would acknowledge the Native American component of his work. But as the focus of this initiative changed, so did the name – it changed, and changed again – an organic rebranding that finally settled on this: “Beyond the Frame – To Be Native.”

Fenton acknowledged that the journey has not been entirely smooth. “It’s not all easy, but it has to be what’s right. The more Native voice we’ve gotten, the better it is – and there’s a lot more fun. I want it to be a joyful thing even when it’s tough.”

The Curtis photographs, still undeniably beautiful, will be presented in major exhibits at the Seattle Art Museum and the Seattle Public Library, at the Washington State Convention Center and Chihuly Garden and Glass.

But there will also be photographic responses curated from other historical photographs, as well as many forms of pushback from 21st century Native American creative. “Beyond the Frame” has been crafted as a series of events that will invite people to listen and share and learn from one another.

To get an idea of what will be happening at museums, tribal centers, and other cultural organizations throughout the Pacific Northwest, visit https://beyondtheframe.org/ 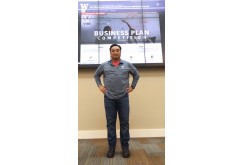 Thomas Kuljam is director of an innovative program specifically designed to serve veterans as they transition from the military to a campus environment and ultimately the civilian world.