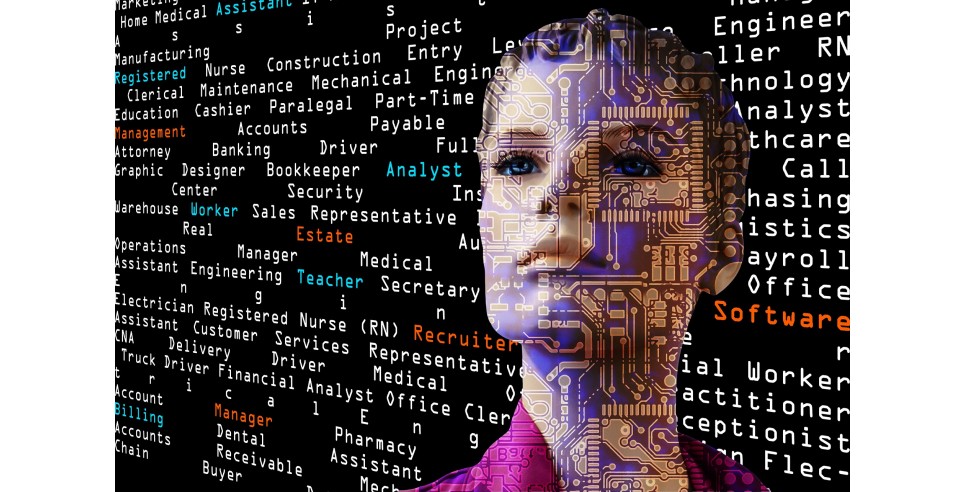 Digital Technology as an integral part of society has created innumerable jobs, departments and new opportunities. HR Departments have had to adjust and evolve as digital realities seeped into business and daily life. The same goes for institutions of all types.

Schools once disallowed beepers. Then cell phones. Now smartphones are where students have their calendars, their calculators, their access to files, either in the phone or in the cloud, containing study materials, documents, notes, or homework assignments. In the recent spate of tragic school shootings many students and their parents have taken solace in being able to communicate via texting. Smartphones are no longer banished from the classroom.

Laptops and tablets are everywhere. Go to a restaurant, your menu might be on a tablet. Who programmed that tablet? Who designed that menu? There was some degree of coding, programming and design for the page before your eyes to appear.  That could be three or more jobs, professionals, teams at work at each one.

At pizza joints and doctors’ offices, and countless other locations, credit or debit payment can be made by signing on a tablet or smaller, tablet-like devices.  A great deal of software design goes into the development of communicating with the credit card company, encrypting both the transaction and the transmission of the data between the establishment and the banking institutions. Then the software on the tablet and once again the design, the user experience, all of these require stages of research and development. Teams of workers align to accomplish these feats. Much of this specialized digital processing, design and communications work was unheard of even 15 years ago.

Computer programming has been around for years. The number of jobs in programming has multiplied well over tenfold in the past decade. IBM, Bell Labs and a handful of other companies dominated the scene until the early 1980s, when personal computers arrived. Along came programs for small businesses and individuals, and demand changed

Interest in computing grew as computers spread across the home and business landscape.With this change came a rush of colleges, needing to increase their Computer Science departments. More CS majors meant more professors, teacher’s aides, labs, and equipment. What followed was the equivalent of an army of college educated, degreed and capable programmers, coders and developers, out there and ready to attack software and projects as needed.

According to the US Census, 3.87 million professional software developers worked in the US as of 2016. Ten years prior the number was barely over one million. This does not account for tens of thousands of digital related jobs. That includes being a Digital Strategist and writing about it in a monthly column.

The job market responded to the change. Businesses of all sizes, from the enterprise to the corner bodega became tech savvy; a digital component either emerged or expanded. Company IT Departments went from 2 to 7 people to 20 or more as servers went internal and computing expanded in company after company. That’s companies large, medium and small.

Here are a few examples:

The corner bodegabegan to use digital systems on a PC to analyze inventory and warehouse (the back of the store) management. How much of what to order, when, what size(s), became an efficient process, no more guesswork. And less spoilage. Accounting, once a shoebox task meaning hours suffering with the accountant, became a simple matter of sending monthly spreadsheet reports via email, the accountant reconciling bank reports with the bodega’s sales, payroll, and inventory costs.

Accounting firms, famous years ago for having reams of columnar paper and endless boxes of Number 2 pencils, now have work stations at all their desks, with spreadsheet, taxation, and financial analysis software.

Insurance companiesat one time were jam-packed with desk after desk, teams of actuaries working out probability tables, creating risk figures, and working with package developers to formulate plans to sell to customers. Computer programs now spit out those numbers at the speed of light. Analysis of gathered data is available at a moment’s notice. What became of all those actuaries’ jobs? A generation later they’ve become data analysts. Programmers who create models, feed figures into software scenarios, do financial analyses and projections. Those desks once occupied by actuaries are now taken by computer savvy data and financial analysts.  And more desks, probably, too.

Medical, Dental Practices and Veterinarians, even a generation ago, relied on pen and paper at the front desk to accomplish scheduling and billing. Today that’s history. Appointment and billing software, as well as the all-important insurance interaction application, is crucial to a well run practice.  Many modern practices offer their patients the opportunity to schedule appointments online, to send messages online, and to renew prescriptions online, as well. In many states prescriptions are not written on paper and handed to patients. Instead they are “e-scripted” to the pharmacy. The doctor’s office does this, using their internal software.

Hospitals, clinics and large medical facilitiesturn to software companies supporting their digital needs. There are some clear leaders in the field (Epic, Athena, Meditech, NexGen Healthcare, eClinicalWorks). Each of those companies employ hundreds (if not more) digital professionals: programmers, developers, designers, tech support and trainers.

Architects,make use of CAD (Computer Aided Design), digital technology enabling design and documentation. This long ago replaced manual drafting with an automated process. CAD courses, software, training on the college and masters level are an industry that has emerged over time. The years 1982 through 1989, coinciding with the rise of personal computers, saw CAD software transform from mainframe software for NASA, aircraft carriers and other large scale design companies to design software packages for the PC. This became available for architecture on a large scale, for firms large and small. Urban designers, too, found CAD software helpful for planning and design.

Advertising.Think of the TV show Mad Men. At best there might have been an IBM Selectric electric typewriter on a few desks and a Xerox 914 copy machine in the office, which took up a small room. Typewriters were the copywriter’s tools back in the day. Graphic designers and artists drew by hand before sending off finished, approved product for production. Today ad agencies deploy computer work stations for copywriters. The art and graphics people have various programs for creative design. On the video side the AVID program is extremely popular among agencies, or outsourced video specialty houses. Again, as described above in many cases, one can become degreed in AVID, which is necessary for some of the higher end production jobs in the industry. Time buying for Radio, TV and cable is done via computerized systems. At one time this was a tedious task, with endless phone calls seeking avails from stations or networks, and computing spot rates by hand (or calculator) based on time slot or volume buys. All of that is long since replaced by software. The care and development of that software is staffed by departments both inside the agencies and on the part of the software companies who sell or lease the product to the agencies.

Baseball: Moneyball was published in 2003 – about one guy on one team doing analytics – now every team has an analytics department. And teams collect data on their minor leaguers throughout their farm systems. Data on competing teams kept, as are stats for analysis of just about everything a manager or coach might need to consider the line-up and mid-game changes.

Newspapers:Just think of the difference between the press rooms of yesteryear and now.  Where once there were typewriters with those end-of-line bells and carriage returns, now there are keyboards and monitors connected to in-house networks ready to go to editing and then to the online typesetting system. Support teams of technologists are vital parts of the newspaper workforce.

These are just a few examples of how computing and the digital environment has, over 25 years, a generation, gone from an emerging aspect of business and an area of employment to a vital element in nearly every endeavor, startup, or establishment. Even the lemonade stand – where the kids tally up the sales on their smart phone to keep count of the take, and how many cups to buy for the next day.