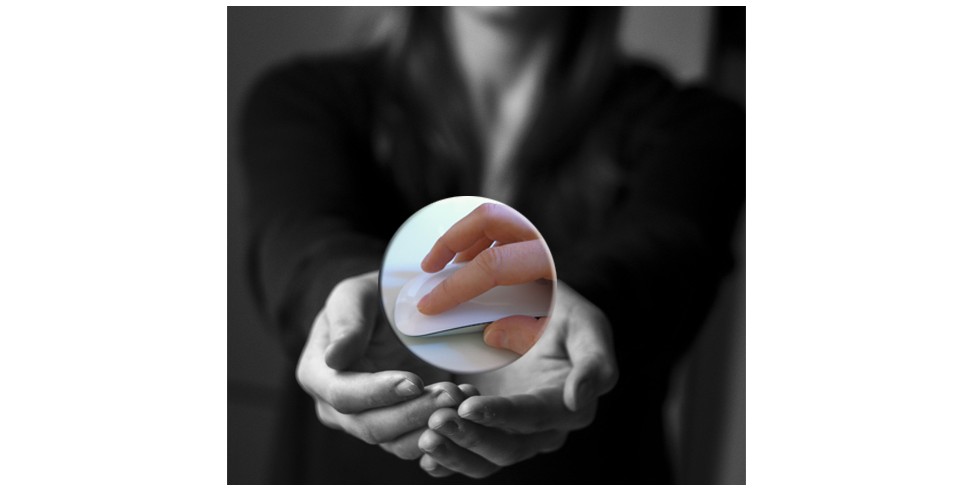 By Dean Landsman
In the age of ubiquitous connectivity and digital opportunity there are countless examples of goodness that occur thanks to technology.  Creative thinking and innovation combine to enable global reach and effective forms of communication.
Crowdfunding is a perfect example.  An idea requires capital, it may be of interest and desire to many, and online services allow web visitors from all over the globe to take a look. If they like what they see they are free to support it. Different levels (dollar amounts) of support may earn funders goods, services or discounts.  But the greater good is in the ability to fund projects via websites, platforms that create inclusiveness and can lead to greatness.
Projects large and small launch on Kickstarter, Indiegogo, RocketHub and others.  Crowdfunding often is the launching pad.  In 2011 two inventive minds came up with an idea for an immersive web experience, viewed through a headset.  In August of 2012 they took it to Kickstarter where the idea became a viral sensation. $2.5 Million was raised, based solely on the concept.  In March of 2014 that startup, Occulus Rift, was sold to Facebook for $2 Billion.  That’s how the web, crowdfunding to be specific, allowed (supported!) a good idea to evolve and then become a technology leader in Virtual Reality, now a burgeoning field.
Technology as a part of everyday life empowers people in many ways.  Children grow up with an abundance of gadgets, devices and connectivity.  Coffee shops and game rooms, even McDonalds, offer internet access.  The way toddlers once knew instinctively to use the dial on toy rotary phones and to hold the hand piece to their ear, now they take to tablets and mobile phones in the same manner.  The result is trove of learning programs and developmental tools for children.  This goodness is a result of the adoption of digital strategies and the digital realities of the times we live in.
Education abounds on the web.  Non-degree courses are available online and for free from Carnegie-Melon, Johns Hopkins, MIT, Harvard, Yale, Stanford, UC Berkeley, Notre Dame and Utah State.  Countless other colleges and universities offer pursuit of degrees online.  Distance is no longer an issue for many degree programs.  Education is just a click away. Housing, travel, and other associated costs are eliminated. An extensive list of free online college and university courses can be found at study.com.
Coursera is a commercial version of online higher education.  Founded in 2012 by two Stanford professors at first it offered courses from Stanford, Princeton, the University of Michigan and the University of Pennsylvania. Now Coursera works with nearly 150 partner universities.  Its slogan is, “We provide universal access to the world’s best education.”  Degrees are not available, although Coursera offers certificates in areas of specialization.
Career and life counseling for personal growth is available on the web.  Again, distance is not an issue.  Professionals with much to offer make use of the web to provide guidance.  Digital marketing pioneer and entrepreneur Hollis Thomases is a “Reinventionist.” She has reinvented herself and her career multiple times, living the very concept of reinvention.  Hollis spent the first 10 years of her career in sales, marketing, and PR.  She left corporate America to found a digital marketing agency. Hollis crowdsourced solutions before the word came into common use, and she’s at it again, building the ReinventionWorks Team.
Conceived as an integrated online platform, ReinventionWorks exists to inspire, educate, and support the reinvention process. “Reinvention is a choice,” says Hollis, “and as long as you have the freedom to choose — whether that’s choosing to adopt a certain outlook or choosing the course of your next career or live move — you’re the one in control.”  Hollis adds that the mission is to be THE destination where people can find everything they need to help them through deliberate transformation: information, peer support, tools, and powerful connections.
A great deal of free content exists to support the mission. The platform features real-life stories of “Reinventionists” – people from all walks of life who have reinvented -- and the lessons they’ve learned.  There is a weekly live online video webcast program, “Reinvention Conversations from the Front Porch” that is free to watch.  Once or more a month online live discussions encourage group participation.  Its membership program offers a private and safe discussion community and members-only content such as Lunch and Learn webinars.
Hollis stressed that although the reinvention process is not easy and the journey can be long and arduous, no one goes through reinvention alone.  ReinventionWorks helps guide and offer support through that journey.
Distribution and performance of music via technology comes in many methods, a journey of its own over the past two decades of the Digital Era.

Seventeen years ago there was much ado about peer-to-peer sharing of music. Napster (1999) and The Pirate Bay (2003) championed and enabled facilitation of file sharing.  The Pirate Bay has faced massive legal challenges yet it persists to this day. Napster was shut down after court actions against it were successful.  Record companies and the RIAA fought to keep music from being shared via technology.    Along came YouTube (2005, acquired by Google for $1.65 Billion in 2006) and other video initiatives, and now there are hosts of music audio and video services.  Downloads and piracy remain an issue, but the old paradigm of buying a record or CD accounts for much less of the sale of music.  Downloading as a sales method has become a norm.  Subscription music services are now a norm.

Live music has benefited from digital opportunity.  Major acts stream their shows, bringing arena events to computer screens, laptops, monitors and televisions.  Phones and tablets have apps designed purely for streaming.  For big stars this expands their already massive reach.  But the real opportunity and change that has occurred thanks to creative, canny digital strategy is the emergence of streaming of music by lesser known artists and performers.

Some call them Laptop Concerts.  Musicians playing in their Living Rooms or small clubs or venues, stream out on the Internet to an audience of fans who opt in.  Concert Window is an app that makes this possible.  It’s slogan is, “Stream live to the world.  Easily broadcast live and connect with fans for free.”  Fans then tune in and can pay what they wish to enjoy the Concert Window webcast.  This has been a rich and rewarding vehicle for musicians and their fans.
Smaller acts that are unable to justify the costs of a tour – travel, promotion, a road entourage – can schedule Concert Window events and reach their fan base.  This may be the epitome of The Long Tail.   The Long Tail posits that the culture and economy is in the process of a shift away from a limited few mainstream products and markets at the head of the demand curve, with a growing number of niches in the tail increasingly gaining traction.  As a cultural phenomenon laptop concerts prove the Long Tail point.
Lesser known acts (the Long Tail) can thrive through these concerts.  No longer does their fan base have to wait until they might visit their area.  No longer do the artists have to invest in touring.  Tours, or fewer road dates, can be planned based on response to the Living Room concerts.  The Concert Window app offers a comment area, which can foster a sense of community among the fans.  After making a payment to enjoy the concert, fans can also “tip” the artist(s) and add more to the coffers.  Long Tail artists tend to have ardent fans, often so thrilled to take in an event that they will indeed tip (sic) , in support of the artist(s).
In addition to Concert Window there is also StageIt, calling itself, “your online convert venue” offering another DIY (do it yourself) laptop concert product.
The flip side of Concert Window and Stageit is Livestream.  Major acts stream their performances on Livestream.  New York’s Jazz at The Philharmonic webcasts many of its shows, including Wynton Marsalis and other major names in Jazz.  Livestream also webcasts lectures, symphonies, conferences, workshops, sports and television programming.  It serves as a video live streaming platform allowing its customers to webcast live video content through the Internet.  Viewers play the content via the web, iOS, Android, Roku, Apple TV or using the Livestream app on mobile devices.

Some refer to this as the democratization of these products and services.  Rather than using the term as a governmental or legal reference, in this context it addresses the culture.  Democratization in giving equal voice and opportunity to the masses as well as the communities populated by birds of a feather or shared interest.  Music being available brings all manner of goodness.  Shakespeare called music the food of love.  These services bring music to the masses or the long tail.  And they assist artists in reaching their fans with simplicity and ease.  Entrepreneurism and digital savvy made these possible.
Donald Fleurantin is Co-Founder of Seedlr.com, and is committed to entrepreneurism.  He has deep experience in finance and technology. Donald serves as Chief Operating Officer of Geeks Rule, a nonprofit promoting STEM education among underserved youth.
In addition to that work Donald wanted to develop a platform that would allow end users to share goodness and the positive efforts of people, things that are uplifting. Following two years of development, Seedlr was born.
Donald says, “Seedlr creates a place shining a light on good things people do.” In the future Seedlr plans to become actionable, allowing users to support a cause.  It could be in their community, or anywhere in the world. User generated word of mouth and content filters add to the platform.  Donald explains, “When you plant a seed you can link to a non profit or a cause in the community.  You can post it to Instagram and Facebook.  Our vision was to create a platform that would go one step further, to let people give back.”  Future plans include providing the means to make donations via Seedlr, making it a social enterprise.  Seedlr is also active on Facebook, Twitter and Instagram.

Goodness on the web comes in numerous forms.  Charity, education, medicine, plus access to databases and a world of resources, all findable via search, word of mouth, or web surfing.  The web and social networking make sharing and discovery even more accessible to the many.  Collaboration platforms and messaging applications continue to mature.  Business benefits from this as well, adding a sense of goodness in commerce and industry.
The best news of all is that we live in the nascent days of the Internet and Digital Strategies.  Technological innovation and improvements occur at a rapid pace.  This propels the opportunity for goodness to increase at breakneck pace.  Fasten your [virtual] seatbelts!
Tags:
Hollis Thomases
Dean Landsman
Kickstarter
online education
Category:
Tech 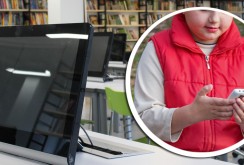 Having a digital home, perhaps a digital presence, to many seems like just another part of everyday life.  To others, merely having access or connectivity would be a major step up, a leap across a digital divide.

Digital wherewithal is what separates the haves from the have-nots.

Some take digital access for granted.  For the Haves this is everyday life.  Connectivity is everywhere, in pockets, purses, cases on a belt...