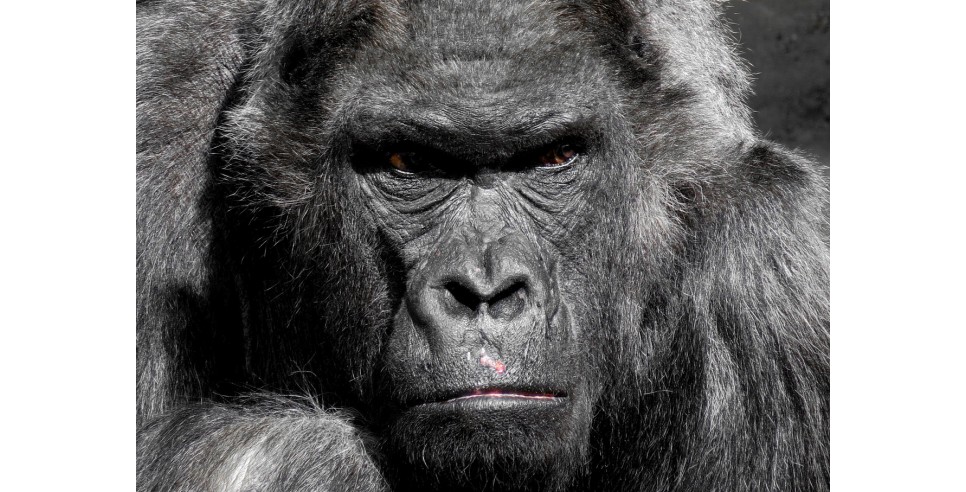 One of the oldest and most enduring theories of human evolution, going back to Darwin’s day, has it that we slaughtered our way to the top of the heap.  Many theorists over the years have embraced idea that collective violence and warfare played a key role in the rise of humankind.  Perhaps the most sensational of the “killer ape” theorists was the famed South African anthropologist Raymond Dart (discoverer of the first Australopithecus fossil in the 1920s), who later published a book in which he proposed that our ancestors arose as “confirmed killers” who “seized living quarries by violence, battered them to death, tore apart their broken bodies, dismembered them limb from limb… and greedily devoured their vivid, writhing flesh.”  A more recent (and more restrained) proponent of the violence and warfare hypothesis is the ecologist Peter Turchin.  His thesis, backed by a trove of data, is that complex human societies were “forged in the fires of war.”

There is, in fact, good reason to believe that collective violence was a routine part of our ancestors’ daily lives over at least the past two million years or more.  They succeeded by killing large game animals for a living.  At the same time, they were often at risk and needed to defend themselves against the many other large animal predators in their environment that were seeking to make a meal out of them.  No doubt there were also occasional conflicts with other hominin groups.  There is also a large body of evidence in archeology and anthropology that warfare played a major role in the rise of complex modern societies over the past 10,000 years or more.  And wars have been commonplace among the surviving hunter-gatherer societies. (All this is discussed in some detail in my new book, Synergistic Selection.)   Needless to say, warfare is also a recurrent (often tragic) theme in the modern world.   Then there are the countless examples of social and ethnic violence, terrorism, homicides, domestic violence, and more.

However, there is a countervailing, equally venerable theory that views social cooperation, not conflict and warfare, as the key to our success as a species and holds that wars represent some kind of aberration, or a by-product of various “external” social, economic, or political conditions.  Perhaps the earliest advocate for a more benevolent view of human nature was the philosopher Jean-Jacques Rousseau, although the 1902 book by the Russian émigré anarchist Prince Pëtr Kropotkin, Mutual Aid: A Factor of Evolution, remains the classic, full-length argument for this scenario.  Many nineteenth and twentieth century socialists – from Pierre-Joseph Proudhon to Karl Marx and the Fabian Society – also championed the cooperation theme.

The truth in this case can be found where it most often lies, in the middle.  We are, in fact, an evolutionary paradox.  We are both intensely cooperative and intensely competitive and destructive.   What has been programmed into our genes over time is a propensity, or inclination, for both kinds of behavior, though they are also shaped by a vast array of learned, experiential, and context-specific factors.  We can be killer apes or altruistic apes, depending on the particular individual (variation is the rule in all living organisms) and the particular situation.  Indeed, collective violence in human societies very often involves intense partisan cooperation, with many different kinds of synergy.  I refer to it as competition via cooperation.   (This is discussed further in a section of my new book on “Synergy Goes to War.”)  We are above all a “synergistic ape”; cooperation of various kinds has played a central role in our evolution.

What our past history tells us is that warfare is a major element of our behavioral repertoire as a species but that it also depends on the economic, social, and political circumstances – factors that are usually within our ability to exercise deliberate choices.  We can choose to “make peace” when conflicts arise, or we can choose to go to war.  So, our fate as a species is that we will never escape from the need to make life-and-death decisions about using collective violence – and then bear the consequences.  Our ultimate fate is, in fact, in our own hands. 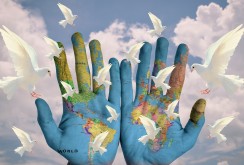 Global Governance from the Ground Up: A Biological Perspective

The most obvious and universally accepted goal for global governance -- to keep (or restore) the peace between nations -- is far too narrowly framed within the context of the emerging global challenges of population growth, climate change, environmental degradation, resource depletion, and resurgent nationalism.   The ecological and political underpinnings for global governance and social peace in our increasingly interdependent global...