From Boston: Ain’t No (Bus) Stopping Us Now 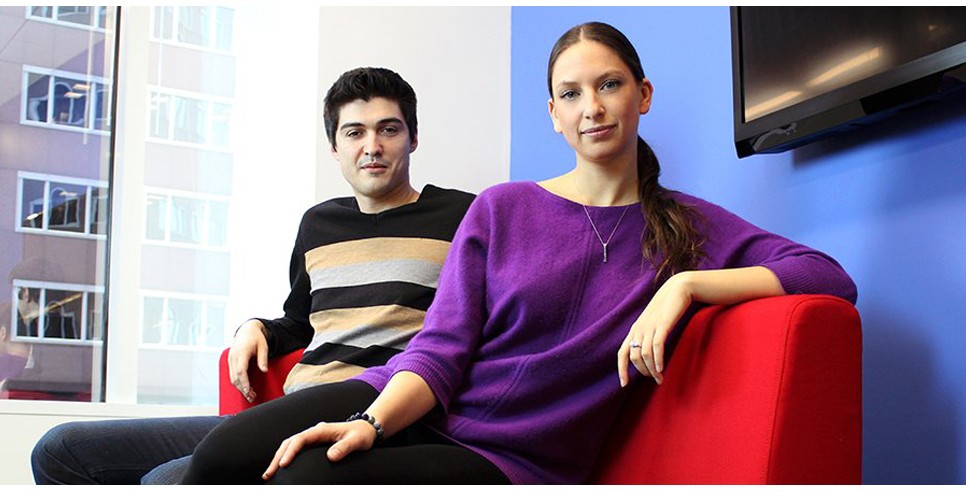 Wanderu allows travelers to search for and book bus and rail passages in an ever-growing portion of the planet on one quick and efficient site.

“Wanderu is the leading ground travel search platform in North America,” says co-founder and long-time fashion and travel entrepreneur Polina Raygorodskaya. “It helps people easily find and book the best deals on bus and train travel across the United States, Canada and Mexico.”

The idea for Wanderu came to Raygorodskaya and business operations and patent specialist Igor Bratnikov when they found themselves unable to reach their next destination during a cross-country trip that was intended to promote and raise awareness of our National Parks.

“After one of our rides cancelled at the last minute,” Raygorodskaya  recalls, “we found ourselves stranded in the middle of nowhere with no way of finding the nearest bus station or what carriers served that area. That’s when we vowed to find a solution to that problem and what started as just a simple idea has now grown into the largest bus and train travel search platform in North America.”

The result was Wanderu, which has since partnered with the likes of Amtrak, BoltBus, Greyhound, Megabus, Peter Pan, Via Rail Canada, and other domestic and international carriers.

“We have partnerships in place with all major bus and train carriers,” Raygorodskaya assures, “allowing our users to see and compare various travel options all in one place and choose the one that best fits their needs in terms of departure time, trip duration and ticket cost.”

In addition to appearing on the schedules of nearly every major rail and bus system in the world, the dynamic duo has found themselves in such vaunted venues as Forbes, Fortune, and Inc. Magazine’s lists of the best young entrepreneurs and also at the famed South by Southwest Festival in Austin, TX. While many young jet-setters might set their sights on jets, Raygorodskaya and Bratnikov practice what they preach by travelling almost exclusively by bus and rail.

“Statistics show that more and more young people are opting out of driving in favor of alternative forms of transportation,” Raygorodskaya points out, “and with airline tickets being quite pricey and requiring additional arrangements such as expensive commutes to and from the airport, bus and train travel has really taken off as the preferred way of travel.”

By making the preferred way the easiest way (or at least much simpler and more efficient than it was when the MBTA was created in 1898), Wanderu not only allows people of all ages to get where they want to go, it may even inspire some to go somewhere new.

“We believe that we have found a niche in the travel world,” Raygorodskaya says, “but success is not a destination - it’s an ongoing process. That is why we are always striving to provide our users with the most reliable resources to live their lives to the full and leave the hassle of travel planning and searching for a good deal to us.”

Matt Robinson is a professional journalist, writer, communications director, educator, coach, and parent. His food writing can be read at matts-meals.com and he can be reached at matthewsrobinson@mac.com