Latest Posts in The Whale Trail 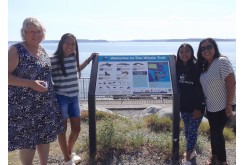 Take a journey along the whale trail to encounter the majesty of orca whales. Barbara Lloyd McMichael has written an outstanding feature article about Donna Sandstrom, who was appointed by Washington Governor Jay Inslee to serve on the Southern Resident Orca Task Force. In this instance, “Southern Residents” refers to an extended orca clan, comprising several pods, that sometimes travel together in the Pacific Northwest.  Donna Sandstrom is also the executive director of The Whale Trail, a nonprofit that encourages whale-watching from shoreline sites. 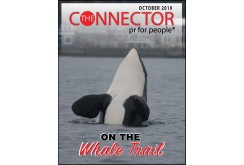 PR for People The Connector October 2019

In the October issue of the Connector, we journey along the whale trail to encounter the majesty of orca whales.