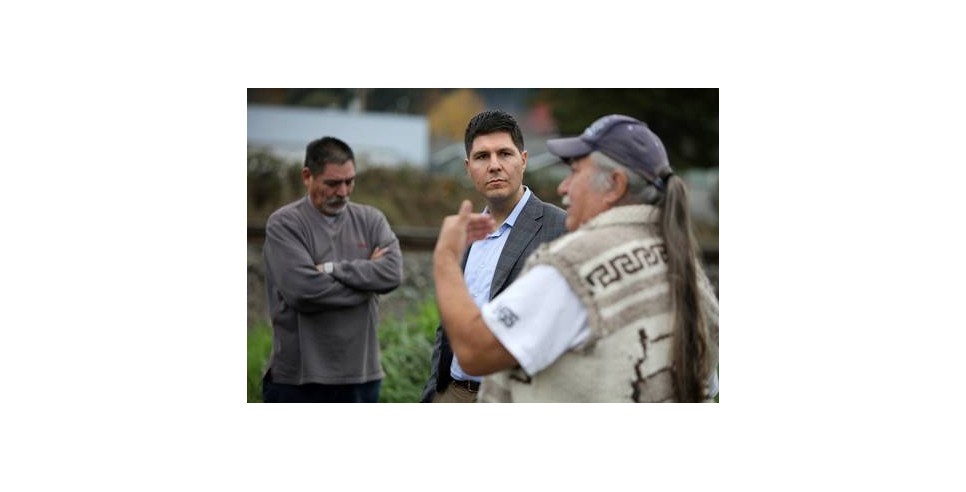 It’s not hard to imagine indigenous tribal members and their traditions becoming lost in the prison system. But Gabe Galanda, a Round Valley Indian Tribe member, wasn’t having that. He created the nonprofit organization Huy (pronounced “hoyt”) to connect tribal members to the spiritual and cultural practices that not only help them cope and heal, but also guide and prepare them for success when they leave prison.

Huy—the name means “I’ll see you later” in Coast Salish Lushootseed—has worked closely with lawmakers and the Washington State Department of Corrections in particular to score major legal victories on behalf of Native American prisoners. After years of battles led by Galanda and others, tribal members can now practice their traditional religion in prison in several ways, such as with sweat lodges and ceremonial tobacco.

Today, Huy’s work is in “a pretty good place,” according to Galanda. Huy focuses now on fundraising and donating so that prison circles can participate in self and group rehabilitation, drumming circles, beading, and pow wow planning and ceremony. A new partnership with a sister nonprofit, HEAL for Re-Entry, is also underway.

Even with spiritual encouragement, not all tribal members find success after leaving prison, but enough do so that Galanda remains encouraged to continue doing the work. “My hope is affirmed by those relatives who have participated in and rehabilitated through the circles, doing sweat lodge, drumming, beading, and pow wow, and in turn successfully re-entered society,” Galanda said.

“The best thing others can do is to reach out to those persons [in prison], whether they be tribal or non-tribal, and let them know they are not forgotten and encourage them to do the hard rehabilitation work needed so that they will have a chance to succeed when they return home,” said Galanda.