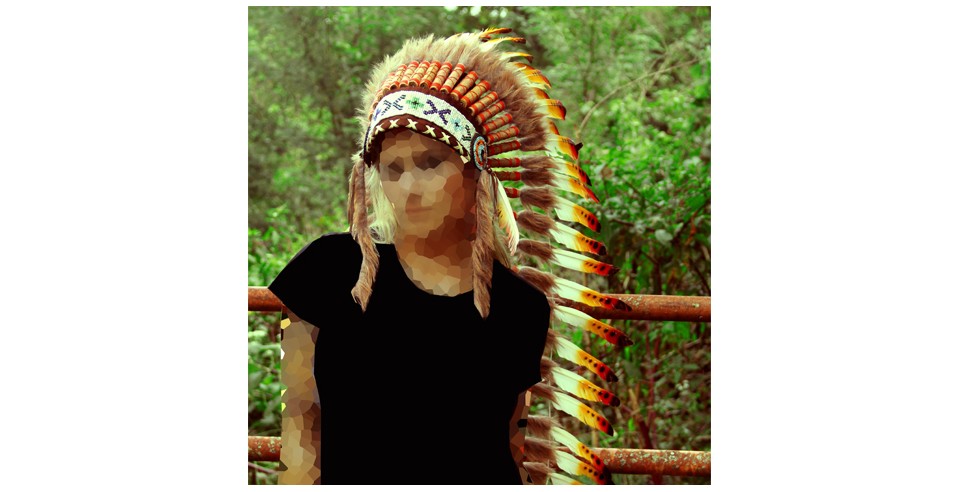 Yet another celebrity is feeling the internet backlash for appropriating a Native American headdress: this time it’s hockey legend Wayne Gretzky’s wife, Janet. Her Instagram photo features her four daughters in headdresses, as reported by Vincent Schilling in India Country Media Today. In recent years, Gwen Stefani and Pharrell Williams have also prompted an outcry from tribes for using as a fashion prop what can be a deeply symbolic or ceremonial item (both celebrities later apologized).

The harm of spiritual appropriation can go far beyond just being offensive. Near Mt. Shasta, New Age types come to ceremoniously dump the cremated ashes of a loved one into a spring. The spring is considered highly sacred by the Winnemem tribe; they visit what they believe to be the place of their creation just once a year. Now the tribal members must clean human bones and ash out of their drinking water, as reported in Indian Country Media Today and illustrated in a film from the Sacred Land Film Project.

Many believe that when they don a Pocahontas Halloween costume or tribal-themed headdress, they’re honoring tribal culture or simply adopting what’s resonant, beautiful, and meaningful for themselves. (See Chanel’s defense of its 2013/2014 Paris-Dallas Metiers d’Art show in Elle). Millennial hippies at Coachella are probably not dreaming of genocide when they don feathers, beads, and face paint.

Yet these acts take an object or practice out of context and strip it of its meaning. And too much heritage of Native American tribes has been stripped already, according to Vincent Schilling, an Akwesasne Mohawk who speaks out about appropriation and the challenges he sees in tribal communities. “The most harm I see is in our children, who struggle so hard to maintain their identity when there are so many worlds of thought drowning out their true and rich Native heritage,” Schilling said. “Native children, especially teens suffer, from the highest rates of suicide in the United States and Canada. For most teens their suicide rates are 70% higher than any other ethnicity’s,” he went on.

Schilling points to “the teachings of an uninformed society that learns from cable television and movies” as a main reason people continue to misappropriate Native American culture.  His frustration comes from people who still don’t seem to get it, even when the damage is pointed out to them. “I sincerely believe it is because these things are taught to children from misinformed teachers, blockbuster cinematic movies from Hollywood and Wal*Mart Indian costumes. During these times we are taught to trivialize Native culture. We are also cross-associating happy times of our childhoods and these teachings get intertwined with the gracious smile of a warm and caring teacher, the fun with our friends at a movie or rooting through a bag of candy loot after a prosperous Halloween,” said Schilling.

Schilling went on: “When a Native person tells people these things are culturally inappropriate - people are unable to extract the information for what it is and think we are attacking their teachers or their friends,” he added. Interestingly, Schilling suggests that many non-Native people, too, have little connection today to their ancestry. Their forefathers “in many cases left behind their own cultures and when a Native person expresses a connection to their own ancestry, the DNA-oriented pain of people who have no cultural ties 'lash out' in an avoidance to feel this pain,” he said.

Believing that repeatedly speaking out is key to eventually helping people understand why appropriations are harmful, Schilling created the hashtag #noiwontjustmoveon to continue the dialogue. “People are going to change or they are not. It is that simple, but the people who are willing to change their minds might just be waiting until they get the information to do so,” he said.

Vincent Schilling is Akwesasne Mohawk and the Executive Vice-president of Schilling Media Inc., a Native American and Veteran Owned Media Corporation. He is also Arts and Entertainment, Sports and Pow Wow's editor of Indian Country Today Media Network. Follow him on Twitter at @VinceSchilling.

JoAnne Dyer is a Seattle-based writer, editor, and our ground reporter covering tribal news. She’s descended from the Potawatomi and Klamath tribes.