Passion for overturning the Abortion Ban outweighs Anger over Inflation 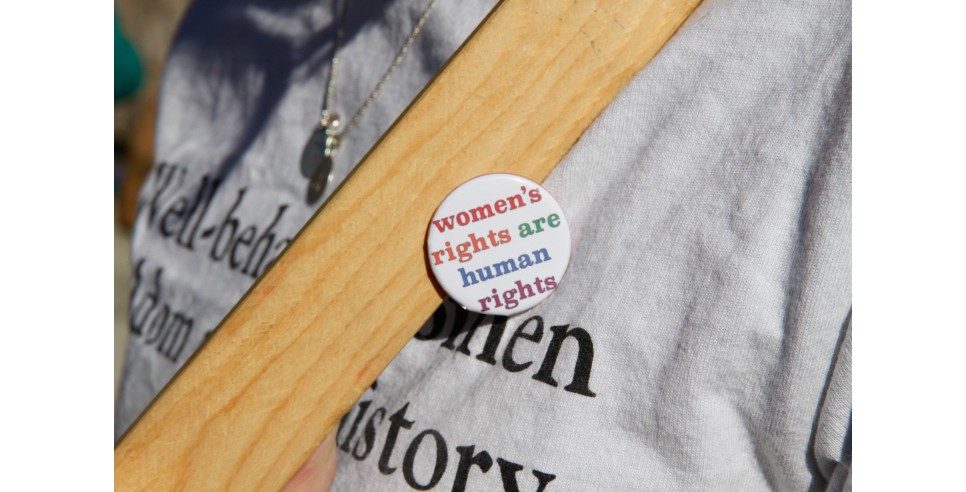 Passion, not facts, drives voters to the polls. Republicans and Democrats are attempting to tap into America's most passionate issue.

The Republicans are focused on anger with high inflation. Non-Trumpian conservative adjunct lecturer at Hillsdale College, Henry Olsen, wrote in his Washington Post column that inflation is even worse than the official numbers suggest. Citing statistics from an American Farm Bureau Federation survey, he sees prices for goods people regularly purchase rising much faster than for things they don't. For instance, food used at home, rose by almost 12 percent over the past year; eggs in particular cost more than 32 percent. These numbers are real and alarming.

Democrats, on the other hand, are highlighting the large demonstrations resulting from SCOTUS overturning Roe v. Wade. Pro-choice organizers said there were more than 380 protest events in cities including Washington DC, New York City, Los Angeles, and Chicago against the decision to eliminate a woman's constitutional right to determine if she wants to be pregnant.

Although the biggest turnouts were from large cities dominated by Democrats, a  Washington Post-ABC News poll just before the court's rejection of Roe showed that 54 percent of Americans think the 1973 Roe decision should be upheld, while 28 percent believe it should be overturned. Consequently, a large pool of voters could be motivated to vote against those supporting the SCOTUS decision.

Both issues are igniting passion. However, passion is sustained when there is a visible opponent to fight against.

Inflation does not have a single advocate to fight against. There is no public body that is directly responsible for inflation. President Joe Biden will be blamed, but so will the Federal Reserve Board for raising interest rates and oil companies for making billions in more profits while gasoline prices have jumped 50 percent from a year ago. However, banning abortion rests solely with the Supreme Court and the Republican Party, which appointed the justices who voted for it. They make for visible opponents, particularly as they embrace that decision.

Before SCOTUS stripped women of their privacy, fewer Democrats than Republicans were apt to vote in this coming November's elections for Federal and State offices. A March 2022 NBC News poll showed Republicans with a 17-point advantage in enthusiasm, with 67 percent of Republicans indicating a high level of interest in the midterms (either a "9" or "10" on a 10-point scale), compared with 50 percent of Democrats planning to vote.

According to Roll Call, the four incumbent Democratic Senators in Arizona, Nevada, Georgia, and New Hampshire are most likely to lose. However, they can win if they offer voters a clear choice to the voters. Do people want a government demanding how citizens should behave in their personal lives? It's not about some secret deep state cabal making decisions about policies. This is about publicly forcing a woman who becomes pregnant to give birth based on a religious doctrine, not on science or civil law.

Republicans are saying women’s rights should not be determined by the federal government but by state governments. This is faulty logic. The federal government is constrained by the US Constitution, as should the states. The SCOTUS decision, made by six reactionary justices, said there is no express constitutional right to abortion. Therefore, the people of each state are free to decide to deny those rights.

The justices' decision reduces a citizen's freedom, not protect it. The Constitution intends to defend our freedoms, as long as they do not impinge on the rightful freedom of others. Wendy Parmet, the director of Northeastern University's Center for Health Policy and Law, described the SCOTUS decision as "Nothing of this magnitude have we seen since the Civil War." A similar Supreme Court decision made over a hundred years ago, the Dred Scott decision, inflamed a dynamic movement to free Black citizens from enslavement.

In that era, Republicans led the movement to treat Black citizens as free people, not property; today, they support a philosophy that treats women as property, not as people free to choose how to live. The majority of Americans do not share the justices' philosophy. While 78% of Republicans approve of the SCOTUS decision, a recent CBS News/YouGov reaction poll showed that 59% of Americans disapprove of that decision, with 67% of women disapproving.

Once the SCOTUS decision came out, only 38% of independent voters, who play a critical role in the swing states, approved of it. Before that decision, a March 2022 NBC News poll found that 41% of independents preferred a Republican-controlled congress versus only 31% of them preferring a Democratic one. This indicates that if Republican candidates push for banning abortions, independents are more likely to vote for Democrats over Republicans.

Inflation will not disappear overnight, no matter who is elected to Congress in 2022 or president in 2024. But those elected to Congress this November will have the power to codify Roe as the constitutional law initially approved by the Supreme Court, or they could force a ban on abortion in all states.

Protecting the rights of citizens to lead private lives will trigger more passion on which candidates to support this November than electing those promising to solve inflation that cannot be legislated away with a single vote.


Nick Licata is the author of Student Power, Democracy and Revolution in the Sixties.

Now available on Amazon as a Kindle edition for $9.99   Subscribe to Licata’s newsletter, Citizenship Politics