Top Hats off to TOP Dogs 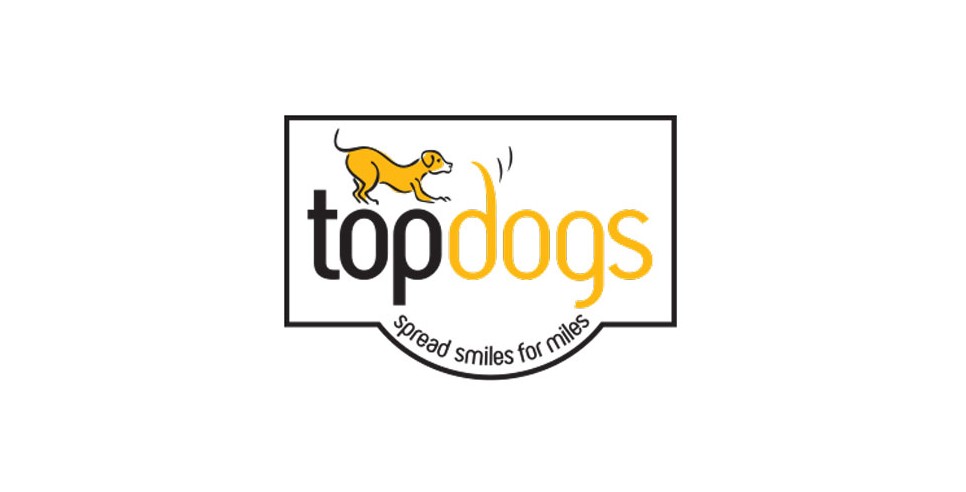 Hate crimes are increasing daily all over the world. It is however the heinous crimes against children that continues to escalate and shock. Therefore, the collaboration between Touch Our Pets Therapy Dogs aka TOP dogs and the Teddy Bear Foundation is of utmost importance. Therapy dogs are helping child victims prepare to testify in court against their abusers.

TOP Dog vice president Conor Hughes has been the main driving force of the work done with Teddy Bear Foundation’s Court Prep programme.  He says that: “Children are often scared of courts and the dogs reduce their stress levels‚ you can see it because they begin to talk more and the dogs help the children to express themselves.”

The organization has approximately 100 privately owned dogs‚ to provide voluntary services in Gauteng. “The dogs need to be well mannered and obedient to be therapy dogs and they undergo the K9 good citizen qualification and we use that as a basis of evaluation‚” says Hughes. 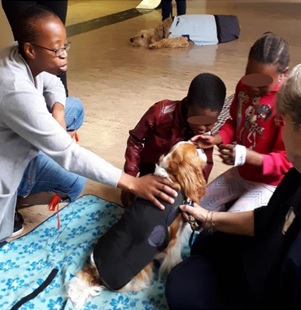 They now have three different phases of working with the children. First Small group teaching about Court Officials (dogs dressed as Court officials). Then working alongside young role-players in the rehearsal courtroom; finally, some fun time with the dogs - building trust, learning about healthy relationships, restoring therapeutic touch, and de-stressing

Their strategy and ultimate goal are for the children to be confident, familiar and courageous when they step into the courtroom to testify credibly against their alleged abusers; and ultimately be healed. In insuring that the children understand what it means to tell the truth, it enables them to be competent and credible witnesses. This ultimately led to increasing the conviction rate of perpetrators.

The Programme works with children between the ages of 3 and 18 years. These children are the survivors of sexual and physical abuse. The children attend the programme for a half day once a month. The amount of preparatory sessions required varies from child to child based on their circumstances. The children and dogs can get to know each other quite well, due to the lengthy wait (can be more than two years) for a case to be heard. 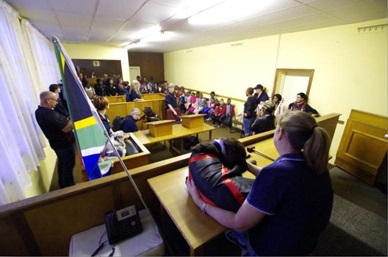 The children first work in small age-based groups, under the direction of a volunteer counsellor. They use dolls, puppets or drawings to learn about the court officials and procedures.  Dogs are dressed as court officials as a focus for newcomers to recognise court costumes and the responsibilities they represent. This creates familiarity for the child.

The impact has been far-reaching. The children’s degree of engagement is considerably increased with the use of dogs, compared to other teaching aids. This in turn impact the small group dynamic of especially teenagers. They are reticent and have a social self-consciousness.  Add the dogs and they are able to interact as well as participate.

This is followed by a whole group participation in a scripted ‘play’ in a courtroom setting. It might be a specially constructed mock courtroom, or it may be the actual magistrates’ courtroom. During this, the costumed dogs are matched with costumed children playing the roles of the court officials. The scripts were written by attorneys; they are simple but accurately reflect court proceedings. Often the children playing the court officials will hold on to ‘their’ dog, drawing comfort, confidence and courage from the touch.

The third phase uses a new group of dogs, where it is all about de-stressing, fun and loving the dogs. Handlers use a second leash to enable a child to ‘take the dog for a walk’. Even though that walk happens up and down institutional corridors, the children adore the activity. They also brush the dogs, cuddle them and pet them. This isn’t just fun: scientific research shows that interaction with the dogs reduces levels of stress hormones and increases levels of ‘feel good’ hormones. This increases the child’s inclination to connect, to trust, and to feel motivation to learn and interact. These children have often learned to distrust touch and have lost trust in adults around them. The simple, non-judgmental love and non-threatening touch of friendly dogs visibly changes this as the months pass.

A result of this is silent processing, a special form of interaction between a child and a dog. A spontaneous one-on-one spot experience. A girl of twelve had been interacting with the dogs for about five monthly visits, her favourite was an Australian Shepherd called Jinx. The next visit the handler noticed the girl standing alone and silent against a corridor wall.  The handler took the opportunity to sit Jinx at the girl’s feet, in her line of vision. After a few minutes, the handler’s patience was rewarded, as the girl slid down the wall to squat next to the dog. She held Jinx gently. The two of them communed silently, unmoving, for a few minutes. When they ‘finished’, the girl lifted her head and began to speak to the handler. She wasn’t by any means happy or lively, but she was communicating. Her initiating communication was a major victory.

Conor recalls another such triumph, one Saturday, when six therapy dogs and their handlers sat in a bare hall, waiting to meet the children for the first time. The atmosphere was quiet and the sense of hurt and pain bouncing off the walls. The children were working in small groups elsewhere, learning about Court procedures and about telling their truths.

Then quietly the children came through into the hall; fifty children, far too silent for a sunny morning. They tentatively started to approach; to touch, to stroke and to gaze into the kind dog eyes. They slowly started to make friends with creatures who didn’t judge, didn’t control and didn’t threaten. They began the first steps on the path back to being able to trust.

The sound changed; shouting, laughter and asking if they can walk a dog .We went down the corridors, with an extra lead in the child’s hand and a sparkle in their eyes.
They forgot their bad memories for a while and deafened us with their approval. We left with our ears ringing and our eyes a little wet. The real stars of the morning just wagged their tails and accepted the treats they had so richly earned.

The court preparation sessions have aided the cases that went to court‚ some have resulted in imprisonment and others in life sentences. Conor says the programme has been extended from Johannesburg out to Krugersdorp, and working with the visionary folk at the Teddy Bear Foundation, they are planning much, much more. 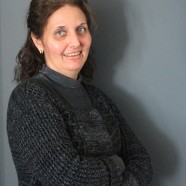