A Strategic Plan for the Year 3000? Surely, You’re Joking! 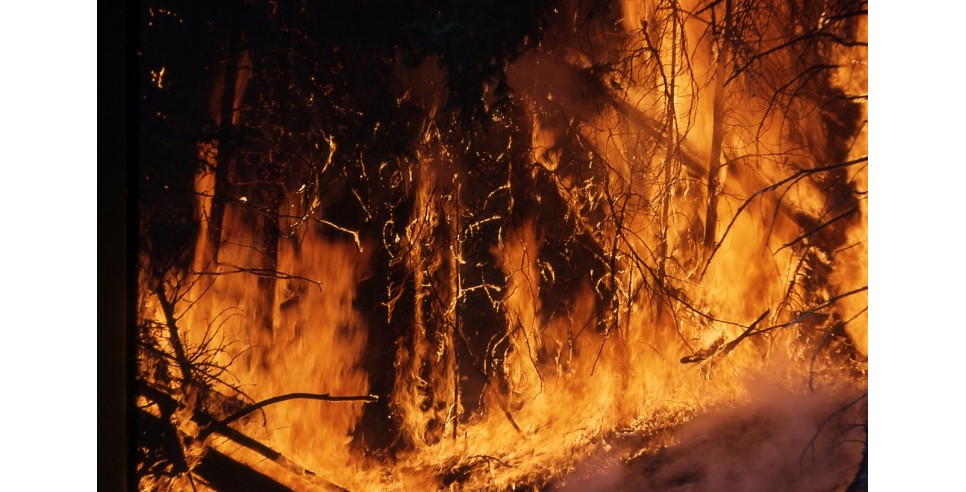 In an article published recently in the Proceedings of the National Academy of Sciences, an international team of climate scientists warned that, if we continue polluting the atmosphere as we are now doing, there is the possibility of a future “Hothouse Earth” driven by a vicious circle of runaway climate warming feedbacks.  The authors termed it a “doom loop.”  If this should happen, much of the Earth could become uninhabitable before the end of this century.   Although this dark scenario is highly speculative, it underscores our extreme peril; the future is not what it used to be.

It has long been an article of faith in Western societies that economic progress and social improvement are simply a matter of innovation and enterprise – and capital, of course.  Indeed, modern capitalist societies have been opposed to socialist-style five-year plans and industrial policies in favor of the “invisible hand” of private enterprise and free markets.   However, we live in a finite world where economic growth simply cannot go on forever.  Every trend line has an inflection point where it will change direction, or perhaps decline.  We are at that point now with the world economy, due in large part to global climate warming.  Our species will have to change course going forward – one way or another.

So why is economic growth still an article of faith in our society?  There are many reasons for it, from vested interests to vested ideas and vested emotions.  Many people trust that we will find technological fixes for our problems.  Still others rely on a selective reading of the lessons of history (and pre-history).  Denial also remains rampant.  But this will no longer do.   We must urgently develop a long-range “strategic plan” for the human species – something every major business firm does routinely – and prepare now for the hurricane-force headwinds that we are likely to face going forward.  We must think outside the box, as the old saying goes, because our future lies outside the box.

What would a strategic plan for the year 3000 look like?  The long-term future is obviously unpredictable.  It could depend, in part, on what we humans do (or don’t do) between now and then.  However, like any skilled long-range planner, we can game out various future “scenarios” and then undertake a systematic preparation for the most likely option, or options.  So, let’s give it a try.   Here is an outline of my own “best guess” strategic plan, as detailed in my forthcoming new book, Superorganism: A Radical Proposal for a World at the Breakpoint.

Any competent planning process must start by defining the strategic context – the overall objective and the major challenges.   For humankind, this starts with our basic biological needs.  Every one of us has some 14 domains of basic needs – absolute requisites for our personal survival and reproduction.  These include a number of obvious categories, like adequate nutrition, fresh water, waste elimination, physical safety, physical health, and mental health, as well as some items that we may take for granted, like maintaining our body temperature, or “thermoregulation.”  Our basic needs even include adequate sleep, mobility, and healthy respiration, which can’t always be assured these days.  Perhaps most important are the requirements for reproducing and nurturing the next generation.  (These basic needs categories are discussed in depth in my 2011 book, The Fair Society: The Science of Human Nature and the Pursuit of Social Justice.)   It follows that our overarching long-term goal as a species must be to ensure that this entire “package” of basic needs can continue to be provided to everyone over the course of time.

This is no small challenge, needless to say.  Indeed, even now we are falling short.  There are, for instance, about 1 billion people world-wide who are not adequately nourished.  At least 15 countries do not have sufficient fresh water, including India where about 600 million people are currently living with water scarcity.  Droughts, heat waves, and crop failures are occurring with increasing frequency around the world, with a projected global food shortfall in the next few decades of up to 20 percent of the current food supply.  Sewage and waste disposal systems are also non-existent or inadequate in many third world countries and are a source of serious diseases.  Sea levels are rising more rapidly and violent storm surges are becoming ever more destructive, with an increasing cost in lives and livelihoods.  Then there is public health, a serious problem even in some developed countries.  Civil conflict and warfare also rages in various parts of the world.  But most important, our collective effort so far to mitigate climate warming has been too little and may very soon be too late.

I would argue that, despite the current global trend toward polarizing nationalism and increasing tension between various countries, the only viable long-term plan for our species must be based on a collective, cooperative global effort.  There must be a “Global Initiative” to ensure that all of our basic needs can be provided for going forward.  We must mobilize a significant share of the world’s surplus wealth for two major undertakings.

One of these projects, a Global Infrastructure Fund, would be focused on the many infrastructure changes/improvements that are necessary even now in many countries, and that will be needed even more as the global climate changes.  These projects should include, among other things:

However, the most important priority, by far, is to make a much greater (and more urgent) effort to convert the world to renewable energy systems and perhaps even remove some CO2 from the atmosphere.

The other major initiative in our long-range strategic plan would be to establish a global version of FEMA, the emergency management agency in this country.  It is already clear that the environmental challenges we face going forward will very often transcend national borders – from ever-more lethal disease pandemics to sustained megadroughts, flooded cities, and growing hordes of climate refugees.  One conservative estimate, from the World Bank, puts the number of climate refugees over the next 30 years at more than 140 million.  Another new study by Climate Central, a science research organization, predicts that 200 million or more people might need to be evacuated from low-lying cities that could be underwater by 2100 due to rising sea levels.  Even more disturbing is a new environmental model, developed by a global team of researchers, which projects that within the next 30 years the number of people without sufficient food and water could number in the billions.   These unprecedented life-and-death challenges will overwhelm the ability of most countries to deal with them unaided.  They will pose unimaginable humanitarian, security, and military threats.

Accordingly,  the proposed new Global Emergency Management Agency must not only be able to cope with immediate environmental crises but must have the capabilities for providing sustained, longer-term life-support, assisting with major economic adjustments, and even facilitating some population out-migrations.

Needless to say, both of these proposed new agencies would also have to work closely and cooperatively with the many existing U.N. agencies, as well as individual nation-states, and the numerous NGOs with convergent missions.   However, new money has a way of facilitating cooperation.

In the wake of the global coronavirus pandemic, there is one other emergency management initiative that is clearly needed, I believe.  It’s now glaringly obvious that we must upgrade the world’s capacity to cope with a major public health emergency.   Imagine a future virus that combines the lethality of the Ebola virus (50-75 percent mortality) with the ability to spread as easily as the Covid-19 virus.   We must be able to respond to future pandemic threats in a more unified, organized, and adequately resourced way.  The World Health Organization needs to be significantly upgraded and improved.

Finally, our strategic plan must include a major reduction over time in the size of the human population.  A panel of scientists recently concluded that our global population, now approaching 8 billion and still increasing, has already exceeded the Earth’s long-term “carrying capacity” (as the ecologists’ call it) by at least 30 percent.  One way of reducing the human population would be to let a deadly pandemic take its course.  This happened in Europe in the Middle Ages, where about one-third of the population died.  But this option is morally and politically unthinkable; we must find a more humane, and hopefully voluntary method for culling our surplus world population.

To facilitate all this change going forward, there must also be an upgrade to the world’s governing institutions, from the U.N. itself down to every nation state and local community.  Governance in the interest of the ancient concept of the “public trust” has become, quite literally, a matter of life and death.  Whether we are capable as a species of making such reforms is another matter.

Even if the strategic plan I have outlined here were to be effectively implemented (again, see my forthcoming book for more details), it guarantees nothing, of course.  But it would greatly increase the odds that our species will survive the next 980 years, and more.  It would focus our efforts on the right problem in all of its vital dimensions.  On the other hand, if the vision of mobilizing a global strategic plan turns out to be only “wishful thinking,” “a pipe dream,” “pie in the sky,” or “a bridge too far” (choose your metaphor), then our species may very well be doomed.   But we cannot afford to indulge in this kind of defeatism disguised as realism.  To repeat that old saying, we must think outside the box because our future lies outside the box.  More important, we must urgently act outside the box.  Or else!

Tags:
Superorganism: A Radical Proposal for a World at the Breakpoint
Peter Corning
Proceedings of the National Academy of Sciences
global warming
Category:
World Views