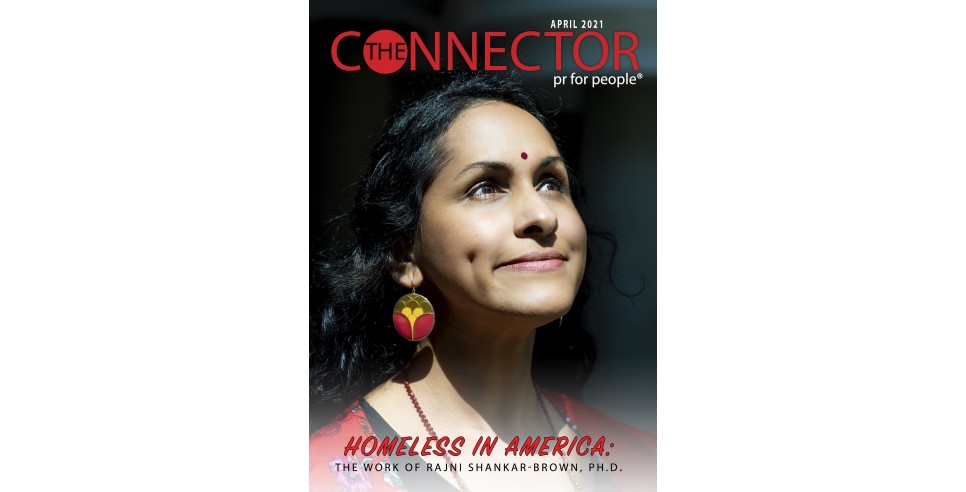 Homelessness has reached alarming rates everywhere in America. In this issue of The Connector, we are exploring the magnitude of this problem. Anyone can become homeless. All it takes is one tragic misstep that winds up leading to a bad sequence of events. While anyone can become homeless, people with low incomes are the most at risk of becoming homeless.

For people who have never experienced being homeless, there is a tendency to shy away from examining the roots of the problem. Some people judge the homeless to be weak or lacking in character, as though they are guilty of moral failure. Rash judgments about how the homeless got that way give some people permission to have complete disregard for their humanity.

We walk around them as though they are not there. We pretend we don’t see them. We often look away.

One woman who does not look away from the homeless is Rajni Shankar-Brown, Ph.D. Helping the homeless is her calling—her life’s work. She is a passionate advocate who gives a voice to those who, collectively, have often been unable to speak for themselves.

Regardless of what circumstances occurred to make a person homeless, the reasons are in some ways inconsequential. Every person is entitled to dignity and respect.

This month, in her monthly column Building Back Better, Barbara Lloyd McMichael explores the U.S. Treasury Department and its 78th Secretary of the Treasury, Janet Yellen.