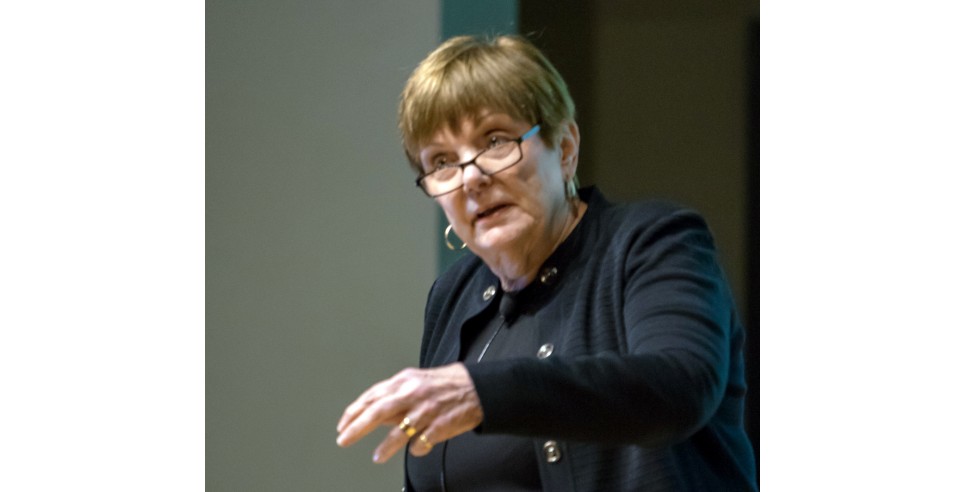 My summer reading has focused primarily on two important books.  The first, from Richard A. Clarke and R.P. Eddy, is Warnings: Finding Cassandras to Stop Catastrophes.  I recommend it highly. Using examples, the authors lay out four components of what they call “the Cassandra Coefficient” – a grid that horizontally reads as “The Warning,” then “The Decision Maker,” then “The Cassandra,” and finally “The Critics.” Factors that read vertically under, for instance, “The Warning,” include response availability, initial occurrence syndrome, erroneous consensus, magnitude overload, outlandishness and invisible obvious. There are also seven types of “The Cassandra”: a proven technical expert, an off-putting personality, a data-driven analyst, an orthogonal thinker, questioners, and a Cassandra with a sense of personal responsibility.  And, of course, there are false Cassandras.

There are 16 historic events analyzed in the book.  For me, the most poignant chapter was on the rise of ISIS, with emphasis on Syria. The Cassandra identified was Robert Ford, the Arabist, who was unable to persuade the cautious Obama administration over a long period of time of what he saw on the ground and through his Foreign Service experience in most Arab countries.  As a result of Obama’s long view of the Mideast and his distaste for its wars, the president as decision maker did not follow the advice of his expert, and the situation in Syria has played out exactly as Ambassador Ford predicted. “The decision maker, in this case President Obama, saw the immediate situation in a larger context and believed the benefits of acting were outweighed by the risks and perhaps the opportunity costs.”

I wish that the discussion occurring inside government today was as nuanced as that on the Mideast or North Korea during the Obama administration. Instead we are living with a president who barely speaks in complete sentences, who reacts rather than thinks. Last week, I had just read Mark Bowden's piece outlining our four North Korea options in The Atlantic.  I thought I would be  examining what happens when confrontations between countries are treated as high stakes wrestling matches with rhetorical threats better left to reality television than to the real world. It may still be the case that North Korea will act upon its threats and send missiles toward Guam by the middle of this month, and that our military will be faced with real time testing of a system designed to bring down such missiles.

I have confidence in the military leaders that now surround the president, but no confidence in the president. His rhetoric does not align with the severity of the situation. There is a very large gap between what he says and what his chief of staff and cabinet members say.  It's clear that we have been deploying cyber tools where some past tests are concerned -- software problems and faulty parts in the supply chain come to mind -- and toward that end, here is my second book recommendation:  Alexander Klimberg’s The Darkening Web: The War for Cyberspace. Klimberg uses both historic examples and sharp argument to enumerate the threats, which range from the destruction of this country’s critical infrastructure to an Orwellian view of the loss of privacy and freedom of expression.  I keep reading this book because, despite the gutting of the government offices of science and technology and an apparent lack of understanding at the highest levels of government of what cyber tools deployed by Russians have wrought, this is the world today.

You might wish to look also at Jared Cohen’s opinion piece, “How to Prevent a CyberWar,”  (New York Times, August 12, 2017) The work he proposes can and should go on, with or without the current administration.

Finally, who would have thought that the North Korea situation would be nearly eclipsed in the news by the tragic events in Charlottesville, home of the University of Virginia?  Not in my lifetime have I seen members of white supremacists and Nazi groups, including the Ku Klux Klan, gather en masse with hoods and  torches on a Friday evening, and in violent assault, with and without hoods but with weapons, the next day.

Predictably, we have a presidential statement on Saturday’s events that does not even allude to the actual situation, and replies upon the most platitudinous rhetoric: “No matter our color, creed, religion or political party, we are ALL AMERICANS FIRST.” Republican and Democratic members of Congress have suggested the president harshly condemn the white supremacists, with some suggesting they fought the Nazis in World War II, and were willing to re-enlist in that fight again.

It is clear that the president will not directly condemn his own supporters using his usual tweets. He has left it to his staff to produce statements that try to paint his tweets as strategic, but it is Former KKK leader David Duke who makes clear the connection: “I would recommend you take a good look in the mirror & remember it was White Americans who put you in the presidency, not radical leftists,"  and at the same time complains about the platitudes: “So, after decades of White Americans being targeted for discriminated & anti-White hatred, we come together as a people, and you attack us?”

I began by saying that the stakes have never been higher.  The dark cultural underbelly of this country is now visible, not merely because we have smartphones and can document it, but also because we have a leader who thrives on stirring things up, whether North Korea, China,  and Venezuela – while he ignores both Russia and the larger threats to this country, while we try to move past injustice, inequity and moral meltdown toward what the founders called a more perfect union.  Rhetoric matters.