NOTES FROM THE WORKING-CLASS: Getting Snowed 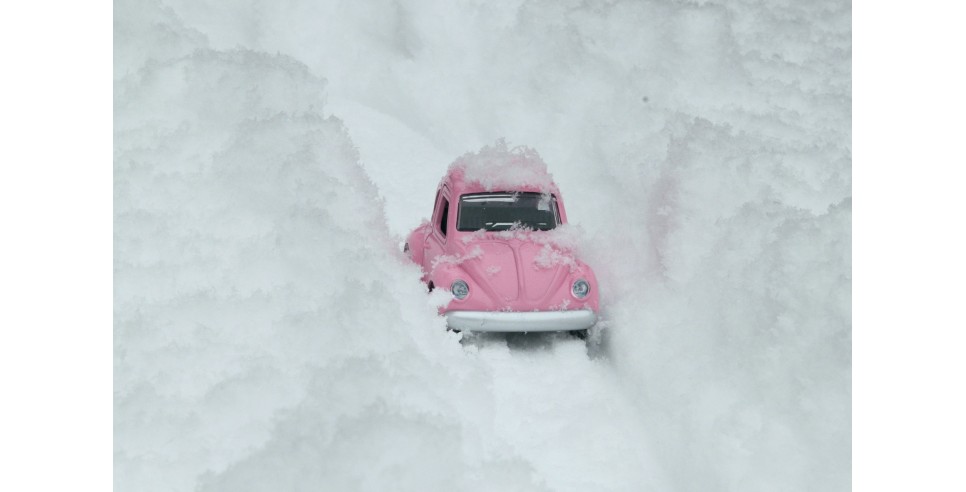 As a working-class kid from Yonkers, I’ve grappled with harsh economic realities: No private tutors or fancy country club memberships for this girl. No one wired me into a high paying job with a hedge fund or a think tank. But my limited sense of entitlement made it possible for me to slum unseen in some mighty high places. Working-class girls don’t always rise to the top by taking a conventional career path. You’re probably thinking, like a lot of women, that I hit the glass ceiling. Now that is funny. I could not climb high enough to see the top—no mirage to a shard of shining blue sky. No glass stared me in the face. Seeing the glass ceiling from the ground floor is not possible, no matter how hard a girl works.

Pushing myself, bootstrapping, and living by my own wits made me succeed. I wasn’t too afraid of failure. After a lifetime of picking myself up from the ground, falling only means it takes less time to get up. Starting my own business became one of the best decisions I ever made. I launched my P.R. firm, Xanthus Communications, in Athens during the Euro-American Women’s Council in 2003. I was recruited on a diplomatic mission to meet the President of Greece, Apostolos Kaklamanis.

These were the apocalyptic days after 9/11 when America was still reeling in shock, getting used to new security measures—long lines at airports and government buildings. Can’t say for sure how I found myself in Greece hobnobbing among Republican women like Roger Stone’s ex-wife, Ann E.W.Stone; Jean Richard Jones, who ran Alpha Services—supplying government contractors to war zones; and Laura Savini, who swore her allegiance to Rudy Giuliani and married the crooning songwriter Jimmy Webb. These were Republican women, alien to me, too rich for my blood, and scary. (More about that in future NOTES.)

At the top of 2004, I got a call from Barbara Kasoff, co-founder of WIPP (Women Impacting Public Policy) in the Bay Area, asking me to participate in a bipartisan summit for women small business owners. President George W. Bush was running for reelection and avidly courting small business owners, women in particular, by holding a summit, a quasi-press conference in Eastern Washington. I knew the shtick. I was being recruited for photo opps at a Dog and Pony Show. Always on the prowl for new clients, it was a perfect fit for me. As a scrappy working-class kid, I knew the best way to build a business meant getting invited to strange, opportunistic events.

I got into my black VW bug and drove across the mountain pass, chasing snow, slush and frozen fog. Without snow tires or chains, I kept the bug in low gear and held my breath, chugging up the mountain and sliding down the winding slopes, terrified but in control. The summit took place in Eastern Washington, Richland—the home of the Hanford nuclear testing site during the Cold War. Richland is a natural mid-point between red rural Eastern Washington and blue urban Western Washington. Today many Richland residents are employed at the Hanford site in its mission to clean up the toxic environment. Bad weather across the frozen wasteland turned a three-hour trip into five terrible hours.

Hector Barreto, Administrator of the U.S. Small Business Administration, along with a few members of the Bush cabinet and a posse of Secret Service men, crammed into the small conference room of a chain hotel. There were more of them than there were of us—cute women business owners wearing black or gray suits purchased from Macy’s. We all looked the same. No one could tell red from blue. Keep in mind this was back then during a time when civility prevailed and business came first, long before a pandemic hit and vitriolic partisan lines made it impossible for red and blue to come together, or for that matter, for anyone to come together.

Secretary of Labor Elaine Chao flitted around the room, flipping her hair, with her head held haughty and high, casting sidelong glances at Commerce Secretary Donald Evans and the Secret Service guys assigned to protect her. Every time a woman business owner opened her mouth, Chao backed up, inching away from her as if she might catch the plague. Maybe she had a premonition of what would come sixteen years later, when she served as Secretary of Transportation under Trump.

I suffered from a barrage of white dots under the glare of flashing bulbs and didn’t see what was coming next. John Snow, Secretary of the Treasury, barreled forward. Face to face, or rather his big face lunging into mine, he stooped so he could speak to me confidentially. He gave me the kind of onceover that felt flirty, yet casual enough not to be mistaken as frank sexual misconduct. He stared at me as if he was trying to figure out my pedigree, whether I was a mutt or a purebred. I wasn’t too concerned. We weren’t alone. Two guys with short cropped hair, wearing dark suits, blinking blue tooths, stayed close. “Wouldn’t you just rather have a job?” Snow thundered. “When you have a small business, you have to fill out all of those forms and pay all of those taxes…Isn’t it just easier to have a job?”

I didn’t know what to say and I didn’t wait to see what he would say next. I just walked away. I was baffled and thought, “Why did they send this idiot to a conference full of women business owners?” If he’d had half a brain, he would have wanted to know what issues were important to me or what kind of ear-to-the-ground “intelligence” he could gather from me. I wondered why he didn’t deliver the good message of what the Bush administration would do for women—small business owners like me.

I drove home through snow, hail and fierce wind on fumes, too determined to slow down to top off my gas. The trip home took six hours instead of three. I had plenty of time to think, to deflect from the pain of my hands, one locked in a death grip around the steering wheel, the other on the clutch. Just thinking about what I’ve had to do in life to survive and flourish makes my face flush. But as a working-class kid who grew up in Yonkers, it is isn’t too hard for me to be unafraid to allow the truth to shine—and that makes me warm even when it’s cold outside.

I remembered the winter when I was twenty. This time I was traveling in a white VW bug, old and dented, an original with the engine in the back, kicking up slush on the New England Thruway, on the way to a Woman and the Law Conference to hear Ruth Bader Ginsburg speak. I wondered if the old bug would make it to Connecticut. And it did. I thought of how different it feels to be inspired by a remarkable woman instead of being snowed by a stupid old white man. Getting snowed is better than getting stuck. Fear of skidding on ice is like fear of falling. Sooner or later, I land. I always knew I’d make it to wherever I wanted to go.

Patricia Vaccarino writes books, articles and essays. Getting Snowed is part of the collection: NOTES FROM THE WORKING-CLASS.