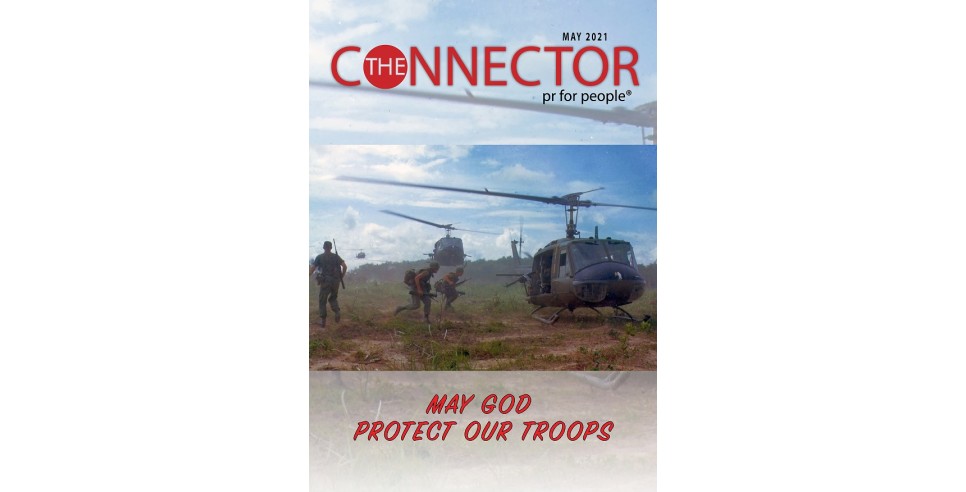 Memorial Day reminds me of the two toughest guys I know: My Two Joes. Joey Blue Eyes was my father’s nickname. At 20, this working class boy from Yonkers found himself in the Marine Corps on the front lines of Korea in the 1stBattalion of the 1st Marine Division. Marching north to the Yalu river during the Chosin Reservoir Campaign in 1950, he was one among 12,000 Marines who was surrounded by 60,000 Chinese soldiers.

My husband is also named Joe. When he was 20, he found himself in the army in Vietnam, where he and his fellow soldiers were in the Dong Ngai Secret Zone by the Dong Ngai River. He had been out on patrol in the jungle, planting sensors to detect the enemy Vietcong.  Joe found a 500-pound bomb dropped by a fighter bomber. The bomb landed in a “blast crater” that had been formed by another bomb. Fortunately, the bomb was a dud. Joe had a life-flashing-by moment. He wondered: Why were the Vietcong killing people like us? And why are we killing them? Just because they have a different color of skin?

My Two Joes returned from the front lines knowing that it wasn’t the communists who were the real enemy. The people who put them there on the front lines in the first place were the real enemy. The great class divide between the superrich and all the rest of us is never made more apparent than it is in armed conflict. Too often war is a game for the superrich who have their own special interests at stake.

Take Vietnam and Korea. Rich boys got out of going to war in Asia. Working-class and poor, brown, black and white boys fought these wars. Little has changed since the Korean Conflict and the Vietnam War. Class distinction persists today in the wars in Iraq and Afghanistan, and the divide has grown even wider between the superrich and all of the rest of us. Even though the draft no longer exists, it is still primarily the working-class and poor, especially the poor rural white, who enlist in a volunteer military—because it is one of the few opportunities that is available to them.

In this issue of the Connector, we feature an essay about one Vietnam Veteran’s assimilation back into the American culture after a journey through landmines and enemy snares. “God Bless America,” written Joe Puggelli, is excerpted from his new book Darn Those Miserable Yangkhis...: and other stories from the Viet Nam War. Barbara Lloyd McMichael’s monthly column Building Back Better tackles the ever evolving Department of Veterans Affairs (formerly the Veterans Administration), examining how well the government is taking care of the men and women who have served in the military. This month’s library profile features the Pritzker Military Museum & Library in Chicago.

This Memorial Day, let us honor our troops who have served our country, and echoing the words of President Joe Biden: May God Protect Our Troops.