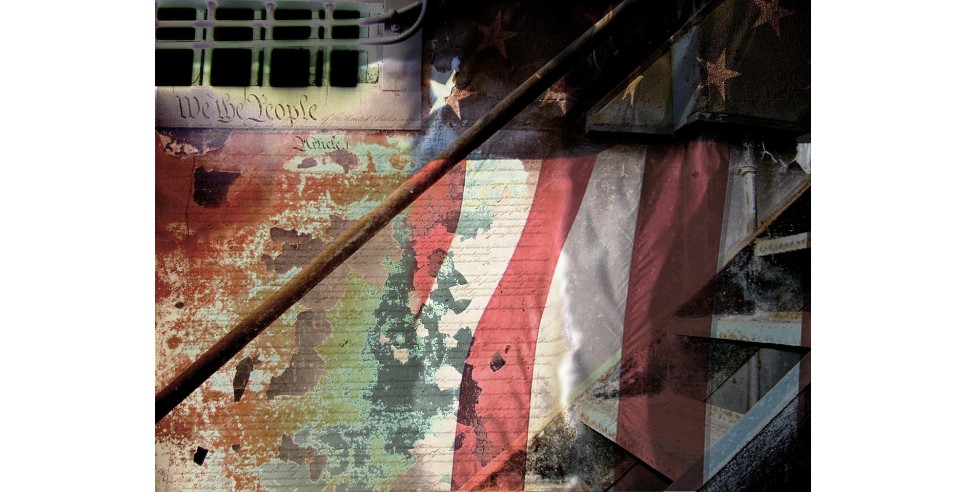 "If men were angels, no government would be necessary. In framing a government which is to be administered by men over men, the great difficulty lies in this: you must first enable the government to control the governed; and in the next place oblige it to control itself."
-- James Madison, Federalist Paper No. 51 (1788)

“All rise!” is what the clerk of court calls out when a judge enters a courtroom, at all levels of our legal system, from traffic court to the Supreme Court. We are asked to rise out of respect for the judge, who represents the judiciary branch of government, in which we place the even-handed enforcement of what we call the rule of law.

The judiciary is one of three branches of government spelled out in the U.S. Constitution, to create a separation of powers so that no one person or entity may be above the rule of law.  Article III, Section 1 states:

"The judicial Power of the United States, shall be vested in one supreme Court, and in such inferior Courts as the Congress may from time to time ordain and establish. The Judges, both of the supreme and inferior Courts, shall hold their Offices during good Behaviour, and shall, at stated Times, receive for their Services, a Compensation, which shall not be diminished during their Continuance in Office."

In 2007, the World Justice Project sponsored by the American Bar Association (ABA), set out to create a working definition of the rule of law by which nations could measure their adherence. It is based on four principles:

Judges to the Supreme Court are nominated by the president of the United States under Article II, Section 2 of the Constitution thus: “and by and with the Advice and Consent of the Senate, shall appoint Ambassadors, other public Ministers and Consuls, Judges of the supreme Court, and all other Officers of the United States, whose Appointments are not herein otherwise provided for, and which shall be established by Law…”

This evening President Trump will announce his nominee for the Supreme Court seat to be vacated by Justice Anthony Kennedy at the end of July.  Where the law and religion intersect on this court can be seen historically.  NPR noted that "for most of U.S. history, the court, like the country, was dominated by Protestant Christians. But today, it is predominantly Catholic and Jewish.” The current justices include three Jews and six Catholics.  All of the Catholic justices are conservative and were appointed by Republican presidents except for Justice Sotomayor.  The NPR story went on to note that every candidate on the president’s short list except for one is Catholic.

Leaving aside the possible tangents I could take here, it’s clear that we will be getting a conservative new justice.  So why is it important to watch the candidate answer questions from senators?  The Constitution itself notes that there can be no religious test for office, and justices confirmed of late have by and large recused themselves from answering questions about their religious beliefs or interpretation of the law. We need to bear witness to one of the unshakeable components of our system of government that includes all three branches of government. Though it has been the case in the past that justices appointed as conservative sometimes evolve to more liberal positions, it is unrealistic to expect this to happen in the next several years. What we will have lost are the “diverse, competent, and independent lawyers and judges,” the fourth principle that the American Bar Association’s World Justice Project described.

It was Justice Kennedy himself who defined the rule of law in speaking with the ABA’s president:

Justice Kennedy will retire at the end of the month. We can write to Congress to express our views on the president's nominee. An effective strategy would be to turn out voters in November, with an understanding that we can change the composition of the Congress even though very little can be done for the judicial branch.  Until the composition of the legislative branch and the executive branch is changed at the ballot box, we have lost the ability to block candidates we deem unworthy to serve for the rest of their lives.

The clerks will still announce the arrival of a judge in the courtroom by shouting "All rise!" Whether we the people can rise to the task of replacing elected representatives is another matter altogether.  Until we do, laws that promote freedom, justice and equity are under attack.

What more do we need to understand about the consequences of not voting in a federal election?