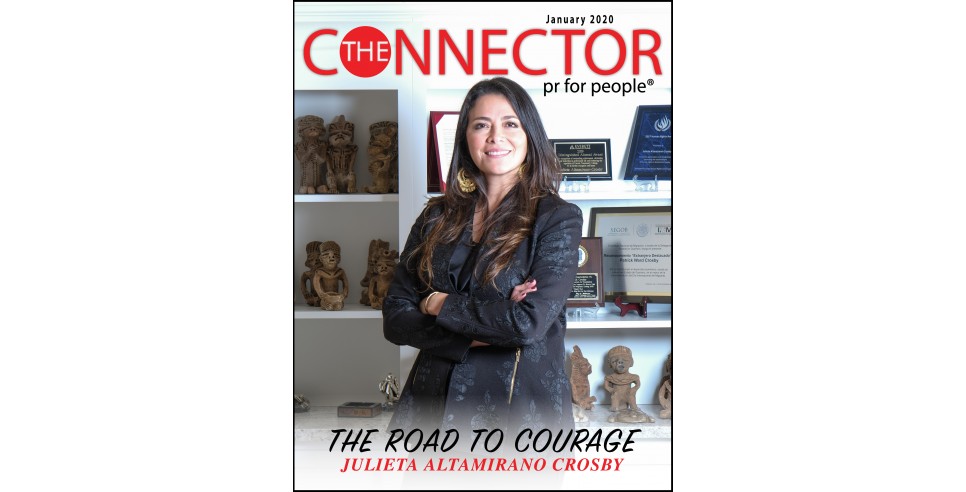 Welcome to 2020! As a backlash against globalism, there are factions of Americans who forget where we came from. So, here’s a quick reminder: America is a nation of immigrants. In the first half of the Twentieth Century, millions of immigrants poured into Ellis Island. It has been estimated that almost 40 percent of all current U.S. citizens can trace at least one of their ancestors to Ellis Island. Most of us have come to America from another part of the world, and many of us came here speaking languages other than English.

In this issue of the Connector, we feature an extraordinary woman who has made her mark on America. As a child growing up in a small town in Mexico, Julieta Altamirano-Crosby traveled an hour each way to school to get a better education. Traveling on the road from the small town of El Ocotito to the large city of Chilpancingo became a metaphor for her life’s journey. Today she is the governor-appointed commissioner on Hispanic Affairs, serving three counties in Washington state. She’s President and Founder of the WAGRO Foundation and works to break down barriers to education for Latinos. And in November 2019, Julieta won a position as a council member for the city of Lynnwood. She is the first Latina to hold that office in Snohomish County. The podcast that accompanies our article about Julieta Altamirano-Crosby is available in both English and Spanish.

The joy in being able to speak other languages cannot be overstated. Embracing a language other than our native tongue gives us a richer understanding of humanity and the world around us. It is also a powerful way to exercise our brain to keep those synapses firing. While studying a language other than English is mandatory in high school, there is still cultural reluctance to encourage a multilingual America. America ought to speak many languages. Let’s start with Spanish. Many libraries across America offer books and many other digital resources in Spanish. In our own backyard, the Seattle Public Library offers everything from a fine collection of books in Spanish to weekly conversational classes for people to practice Spanish. This month, we focus on the Seattle Public Library’s wealth of Spanish language materials, offered for free as a service to the community.            –Patricia Vaccarino