Non-profits Need to Protect their Brand

Non-profits often do not realize that they are innovators and it is important that they protect their innovations.  Some such innovations include their branding.  Potential donors recognize a non-profit’s name or logo and it serves as an identifier for potential donors.  The branding is protectable through trademark registration.  When others, such as for-profit businesses, use that name or logo in unrelated ways, donors can be under the mistaken impression that they are donating to the non-profit when purchasing goods and the non-profit can suffer.

Holiday Express is a well-known and respected non-profit in Shrewsbury, New Jersey, which provides holiday cheer to people and facilities who rarely if ever receive visits from other organizations.  These events –complete with live professional musicians, a meal, and gifts, for the most needy, are held mostly during November and December.  Comprised of 1,600 volunteers, including 150 professional rock, jazz, folk, gospel and pop musicians, Holiday Express delivers music, food, gifts, financial support and friendship to those with the greatest need for the gift of human kindness during the holiday season and throughout the year.  Many volunteers seek out ways to contribute, such as purchasing gifts to be distributed by the organization.  In 2015, Holiday Express will serve some 20,000 individuals at about 80 facilities such as at state institutions and private facilities for mentally, physically, and/or emotionally disabled children or adults.  Holiday Express also has partnered with businesses in the past, where a purchase results in a contribution to Holiday Express.

A few years back, a large national commercial entity decided to create “pop up” stores, including in New Jersey, for the holiday season and named the stores “Holiday Express”.  The stores created a likelihood of confusion in shoppers potentially believing that the stores were supporting the non-profit.Ultimately, the commercial entity backed away from the name, notably after the non-profit raised media awareness.  The non-profit ultimately filed for U.S. Trademark Registration on the name, so as to avoid future such issues, and now owns several registrations.

In summary, non-profits should consider protecting their names and logos so as to avoid similar consumer confusion.

Barry R. Lewin is a partner with the New York City based law firm Gottlieb, Rackman & Reisman, P.C. He is involved in all areas of litigation, prosecution, and licensing regarding patents, trademarks, and copyrights. Mr. Lewin focuses his practice on prosecution and litigation of patents in the mechanical and electronic arts, including medical devices, optics, telecommunications, material science, robotics and information technology, as well as a wide variety of consumer goods. For more information, please see www.grr.com. 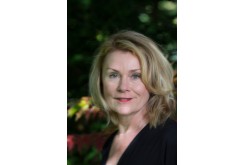 In his book, A Failure of Nerve: Leadership in the Age of the Quick Fix, the late Edwin Freidman wrote about the emotional connections that are interwoven throughout our lives. He cited how we can be our own worst enemies by failing to recognize how the dysfunctional patterns in our childhoods are often replicated in our work lives as well as in our homes, our families, and in our churches, synagogues and schools. To paraphrase... 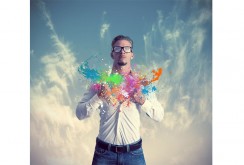 The True Measure of a Brand

Recently, a senior middle manager working for a Fortune 500 technology company called to learn if our PR firm could help reposition his professional brand. He had been with the same company for 20 years, but his most recent promotions had been lateral; he felt he would never be considered for the CEO slot. This company, similar to many others, does not promote a new CEO from within and instead recruits...