A Bronx Song of Hope 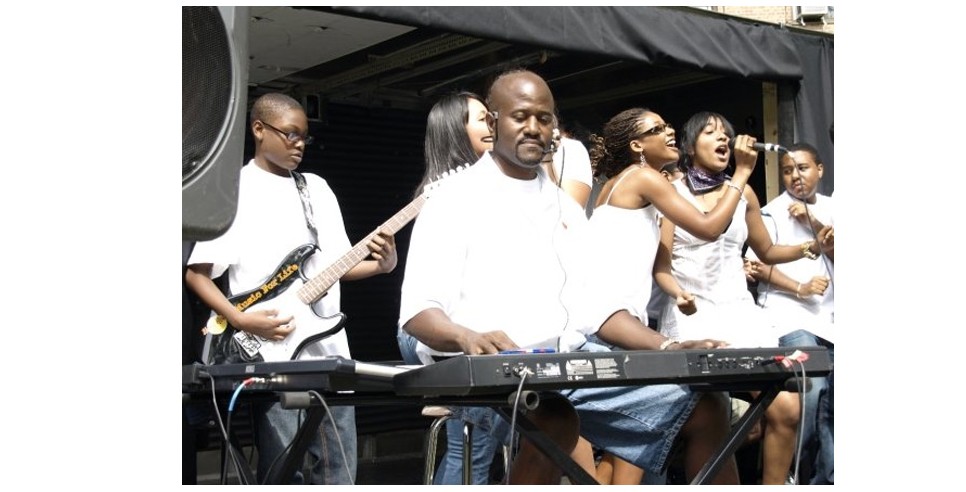 “We treat students like they’re our own children. It’s not about piano and guitar. It’s about relationships.” – Bervin Harris

The Bronx should feel like home away from home for singer, songwriter, steward and community activist Bervin Harris. The Long Island native has worked in youth services throughout the borough for nearly 30 years. For more than a decade, he’s managed the Renaissance Youth Center (RYC), an organization that strives to maximize the full potential of at-risk, inner-city kids through education, music and sports.

“One day I heard a statistic that 67 percent of schools do not have music or dance programs,” Harris said during a recent phone conversation. The startling statistic inspired him to resign from his full-time job and volunteer to develop a music program in The Bronx. Since then, Harris and his partner Darren Quinlan have made great strides in the community. The Renaissance Youth Center, which Harris founded 14 years ago, provides unique music, dance and sports programs to approximately 3,000 kids in 27 schools per week.

Headquartered on two floors in a five-story building in The South Bronx, the RYC has "clearly outgrown the space, which is about 10,000 square feet," Harris told me. Currently, he’s working with The Bronx’s borough president, hoping that they can purchase the building within the next year.

In addition to music and dance classes, RYC offers tutoring and SAT/ACT test prep, basketball programs, as well as “Integrity Through Sports” programs, an initiative that brings structured sports programs to schools. “We’re the only stimulating factor in schools that aren’t driven by academics,” Harris said.

Harris expressed that his greatest accomplishment so far is MWAM, or “Music with a Message,” a band in which students use their musical abilities to write and sing songs that spread positive affirmations. The troupe performs throughout New Yorkl’s parks, beaches, and schools, and tours outside the city to places like Maine and Hershey, Pa., putting on more than 100 shows per year.