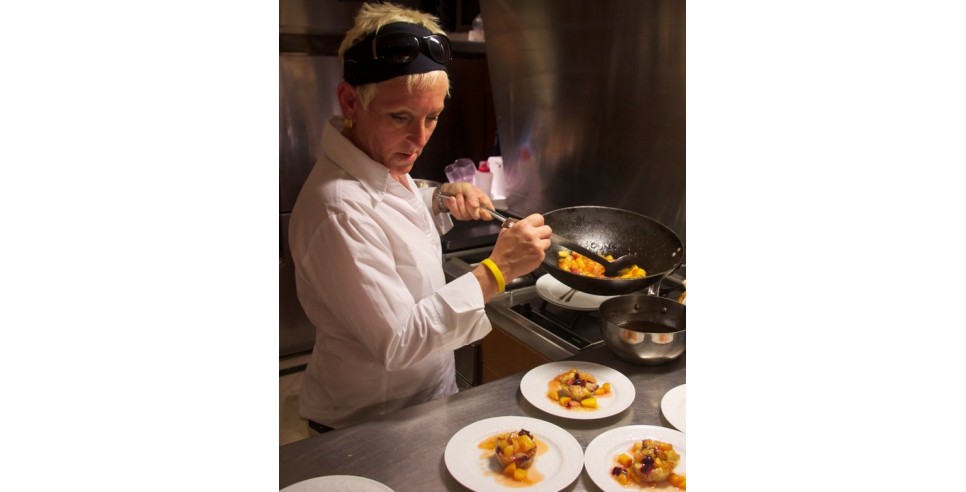 As a private chef, I have a certain guest onboard where specific dietary needs have to be taken into consideration based on their medication. We have to be mindful of guests’ diets, especially if you are throwing dinner parties at home.  Some are on low sodium or heart healthy diets, and I have to pay pay attention to food labels. This is especially true around the holidays. Ham, Turkey, even chicken breasts might have a plumper/filler in it, and usually that is a sodium-gluten mixture to keep it fresh and make it look fuller. So if you are gluten intolerant, or have heart disease, stay away from plumped up products. Read the labels carefully.

There are many medicines out there that might cause havoc on person’s system. The problem is a restaurant might not know this. So it is you, the consumer, that must alert the waiter so this information can be given to the chef.

Edema, or chronic urticaria (hives)such as swelling in the tissues or joints, the last thing you want to do is give them spicy food or barbecue. They are probably on a medication to decrease the swelling so spicy foods such as cayenne or Tabasco or jalapeño or barbecue sauce would only aggravate the condition. Try using foods that combat the edema such as turmeric, cinnamon, garlic powder and cumin. If they have arthritis, feed them cherry juice, fresh cherries because the cherries have anti-inflammatory properties.

Statin drugs, antihistamines, blood pressure, thyroid drugs taken in combination with grapefruit can interact, causing a lower effectiveness and your body to process these differently, either reducing or increasing the drugs in your blood levels. The compounds in grapefruit, called furanocomarins, is the culprit to blame that would cause your body to metabolize the drugs differently, altering their effectiveness.

Glycyrrhiza, found in black licorice, can break down blood thinners as well as interfere with blood pressure medications. I found out the hard way when I bought some for a friend who had a fit.  I didn’t know at the time. Stay away from it if you are on these types of medications. Also of interest the fact that it can cause the body to retain sodium resulting in edema, while depleting the potassium in the body. For congestive heart failure, especially if someone is taking digoxin, it can cause arrhythmia in the heart while causing water retention, which actually  intensifies the medication. So no black licorice for people suffering from heart failure on digoxin.

Gluten free diets might indicate poor absorption. I always opt to prepare the freshest, unprocessed foods, so that not only do they feel that they aren’t packing on the pounds and water weight, but are leaving the table in better shape.

If you find a person who is on digoxin, a medication for heart failure, try to avoid using salt substitutes as it replaces the sodium found in salt with potassium in its makeup and can interfere with the medication so much so that it can cause heart failure.  Another fact is that if you use ACE inhibitors for blood pressure, it can cause higher blood potassium levels.

Also, interestingly enough, there is an amino acid called tyramine and it is found in a lot of foods such as soy, fermented foods, chocolate, aged and mature cheeses to name a few as well as draft beers. If you eat a lot of these foods, it can cause your blood levels to be high in tyramine, causing high blood pressure.

So the next time you throw a dinner party, or cater an event, call yourself a food pharmacist© tm.  You can serve a medically-tailored cuisine for people who have special diets and need to streamline their disease management.

Chef Mary Beth is a professional chef who has made her career as a private personal chef in the luxury field for over 25 years. Chef Johnson is the recipient of numerous culinary and visionary awards in her field and is often in the media for her expertise as well as appearing on television and she writes for major media outlets. 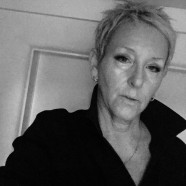 "Chef Mary Beth creates delicious and elegant culinary works of art that should be in a museum, as described by E. Oppenheim. She is a professional chef who has made her career as a private personal chef in the luxury field for over 25 years. Chef Johnson is the recipient of numerous culinary and visionary awards in her field and is often in the media for her expertise as well as appearing on television and she is an author  to writing for major media publications.