The Pencil Test finesses the fit 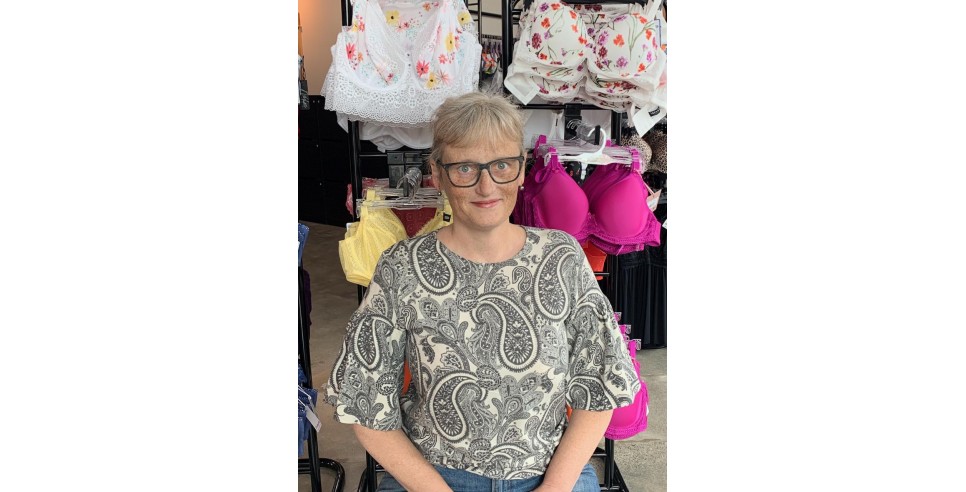 When Holly Powell opened her first bra shop in Portland, Oregon in 2011, she wanted a name that was pronounceable and memorable.

“Lots of women’s lingerie stores have French names that people can’t pronounce. I wanted something that said very clearly to the world, ‘we do big boobs.’”

She settled on The Pencil Test – which is a term Ann Landers came up with many years ago when a mother wrote in asking how she could determine if her young daughter was developed enough to require a bra. Ann told her to have her daughter lift a breast, place a pencil under it, and release the breast. If the pencil stays in place, it’s time to buy a bra!

For folks unfamiliar with that pop culture reference, the pink A-board on the sidewalk in front of the Powell’s shop spells things out clearly, with a sketch of a lacy strapless brassiere and the slug line, “Bras for Buxom Beauties.”

Those aforementioned beauties, by the way, are the most underserved market in America, according to Powell. And she’s been in that league for a long time.

It wasn’t until she moved to England to take a teaching job and was shopping for a bra there, that she was offered her first bra fitting. It helped to change her life trajectory.

Up to that point, Powell had studied political science at the graduate level and had established a career as a teacher. But when she returned stateside five years later, the United States was still making its way out of the Great Recession, and there were no teaching jobs to be had.

So Powell went to Plan B – bras for buxom beauties, remember? – and decided to open a foundation wear shop for women with cup sizes D and up.

But the banks wouldn’t loan her money. (“The men would suck their teeth and say, ‘Mmm, that’s a niche market.’”)

The budding bra-ntrepreneur didn’t own a car, so she found an affordable retail space in her own Alberta Street neighborhood so she could walk to work, and then figured out how to get as many pretty bras in as many sizes as possible into the 800 square foot space. She also carried a selection of nursing bras, sports bras and swimsuits.

Powell got fitting training at lingerie trade shows – “although remember I’d also spent about 10,000 hours trying to find a bra that would fit me, so I had a lotof experience as a fittee.”

The first iteration of The Pencil Test opened in 2011 and the bust business, so to speak, went boom!

Within a year and a half, Powell had moved to a space twice the size in the same neighborhood.

And within two years, she had paid her mother back.

Remember that niche market the bankers had dismissed? Well, it spoke out loud and clear. Word of mouth via social media was enthusiastic and grateful – and soon Powell was serving customers from as far away as Seattle and Vancouver B.C. – nearly a quarter of her clientele was coming from out-of-town.

Last fall, Powell opened another Pencil Test store just south of Seattle in Renton, Washington, to serve her customers to the north, and hopefully to ensnare “a few new folks with our boob-whispering ways!”

The future, shall we say, is robust.