In Praise of Rube Goldberg 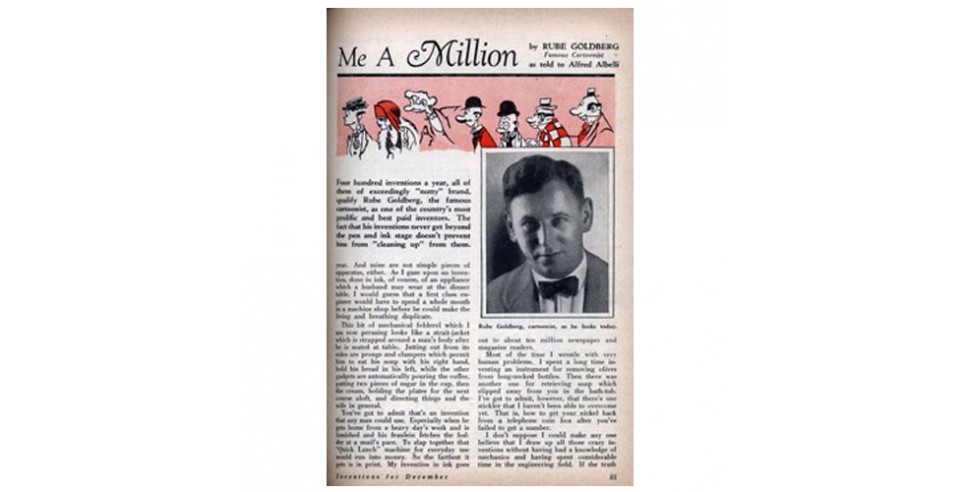 For sure, the marvelously fertile mind of Rube Goldberg concocted dozens of fantastic, outrageously, immensely overcomplicated, hilarious devices. He offered solutions for How to Get the Cotton out of an Aspirin Bottle, How to Tee Up a Golf Ball without Bending Over, and How to Keep the Boss from Knowing You are Late for Work.

His "solutions" usually have at least 20 steps, one closely following the other with some sort of wacky logic. Into these ingenious drawings, Goldberg would insert an elaborate combination of wheels, gears, ropes and pulleys, canary cages, boots, bathtubs, paddles, and even live animals. Eventually, the desired goal would be reached.

Does it ever seem to you that some of your life's adventures have placed you squarely in the middle of a phenomenally convoluted Rube Goldberg-like scenario? In other words, something that should be fairly simple, morphs into something immensely complicated?

Maybe the best thing to do is to realize that most of the daunting challenges we have to face are temporary, that we will eventually work through the problems somehow, and so we can just stand back, get some perspective, and discover some amusement, as in a Rube Goldberg gadget, in whatever we're dealing with at the moment.

Goldberg's work is relevant today. Every year, Purdue University hosts the annual National Rube Goldberg Machine Contest; you can see a two-minute clip from a documentary about three competing teams at: www.mousetraptomars.com.

You can view many of Goldberg's inventions at this Web site:  www.rubegoldberg.com.

Linda Jay is a writer/editor who is completely in love with words.  A publishing professional, she started her career as an advertising copywriter in the Trade Book Department of Little, Brown Publishers in Boston when JFK was president.  She’s written profiles and feature stories for national magazine on topics ranging from artists to multimedia enthusiasts to academics and engineers.  Nowadays, Linda writes marketing copy, website text, blog posts, and high-tech magazine p.r. In addition, she copyedits book manuscripts in genres ranging from business to vampires and zombies, for authors in the U.S. and in other countries.  She also edits and proofreads magazine articles, website email blasts, and print material of all types.

The apple doesn’t fall far from the tree! Linda’s parents, Verne and Helen Jay, wrote famous radio murder mysteries like The Shadow and Mr. and Mrs. North during the 1940s in New York. They rehearsed sound effects -- gunshots, bodies falling, eerie vaults -- in the kitchen of their New York apartment, much to the consternation of the neighbors.  Linda’s father was a continuity writer at WLW-NBC in Cincinnati for ten years in the 1950s.  An unknown writer named Rod Serling (later famous for TV shows Twilight Zone and Night Gallery) joined the writing staff for a brief time; he and Verne Jay wrote a murder mystery that aired on the Philip Morris TV Playhouse, the only time Serling had a co-author.

In 2015, to honor her parents, Linda founded the Petaluma Radio Players – www.petalumaradioplayers.com -- in Petaluma, California, where she currently lives.  The troupe of actors, musicians, Foley sound effects people, and other specialists performs vintage radio shows, mostly mysteries and comedies, to the delight of those who love the fact that radio encourages audience members to use their imaginations.

Tags:
Rube Goldberg
How to Get the Cotton out of an Aspirin Bottle
How to Tee Up a Golf Ball without Bending Over
and How to Keep the Boss from Knowing You are Late for Work
Category:
Entertainment 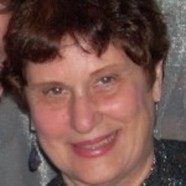 Linda Jay is a writer/editor who is completely in love with words.  A publishing professional, she started her career as an advertising copywriter in the Trade Book Department of Little, Brown Publishers in Boston when JFK was president.