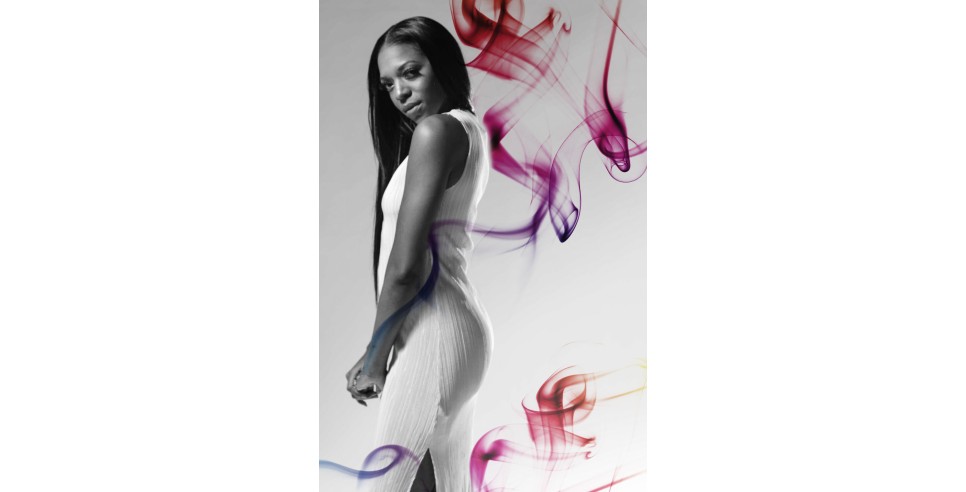 For Alana Belle, making this particular film was a process of self-discovery and a completely unexpected adventure. Sometimes we find our greatest strengths while we are honing our talent and then we learn something new about ourselves that until then had been previously untapped. This is how the making of The New Romantic unfolded for Alana Belle.
Alana was just going about the business of making her music when a New York City-based producer, Brady James, heard her music on Facebook and reached out.  Brady sent her fifty tracks and she immediately wrote the first song.  She found herself operating in a similar sonic place and spent the next nine months writing the project. In fact, she wrote most of the album in her car! Then she went to NYC and together, she and Brady James recorded the project.  Later when Brady started sending back the rough mixes of the recordings, she started seeing everything, felt it in the core of her being, and it became really visual.  In a great moment of awareness, call it an epiphany, it became clear to her that in addition to being a sonic expression, The New Romantic was also a powerful visual expression—an emotional story that would be best told in film.
Initially, she thought she would make the film in Seattle.  All along she kept her brother Quintin Allen Bell in the loop. Coincidentally, Quintin is a filmmaker in Los Angeles who works on projects from TV Shows and Commercials to large scale music videos. The brother and sister duo soon decided they would do this project together.  The next phase of the adventure is pure movie magic.  On her 31st birthday, Alana traveled to L.A. and fell in love with the city.  While she was still focused on doing her film project in Seattle, it soon became apparent that she needed to make the film in L.A. “You need to do this film in L.A.,” Quintin told her.  “You know, you’re right,” Alana told him.
As Alana describes it, she and Quintin were ripping on ideas, and found huge inspiration on how to tell the story. Alana watched a film In the Mood for Love by Wong Kar-wai. She watched it without subtitles to see if she could understand it and be moved by it without knowing what was being said. Pure emotion, the film resonated with her like no other. She felt so inspired by that form of storytelling that she knew she wanted to create a film to make people feel like they were part of the story, totally there and emotionally connected.
On the road to production, Alana recalls being turned down for a grant from the city of Seattle, being denied a permit to shoot in Chinatown, and having to trim a budget that started out as huge. She dealt with a lot of No’s and a lot of adversity, but Alana fought back and prevailed. “Being told No is an opportunity to be creative,” she said.
Alana traveled back and forth between L.A. and Seattle. Once they were in production, five vignettes were shot in four days. She cites one of the greatest moments of joy happened when she found herself gaining entry to the Edith Head Prop house on the back lot of Universal Studios. She was overwhelmed to find herself walking through an enormous treasure chest of props that she recognized from the greatest movies of all time. She fell in love with what she was doing—every aspect of filmmaking from doing the test shots and set-ups to booking out the classic Pink Motel, a Hollywood relic from the 1950, and working with the Kraft Service people, as well as working with the bare bones of a production crew.
Alana’s friend, Olapeju Ogunyemi, stood steadfast as one of the film’s executive producers. Operating on a limited production budget, they called in favors from their own amazing resources and counted on the generosity of friends and family.  Quintin had attended the New York Film Academy.  Being an alum meant he was able to partner with them through their industry lab to make the film. Partnering gave them the ability to rent quality film equipment at a fraction of the cost.  Along the way there were also people who worked on the film solely for their excitement around the project. The film got made in large part because people believed in Alana; they fell in love with her music and believed in this vision that all along this film was meant to be.
The film is currently in post-production. Alana’s screen credit on the film encompasses, writer, producer and creative director.   “I have never been more exhausted or more exhilarated than I have with this film,” she said. “And it’s just the beginning.” The film will be released later this year. Other surprises are in the works. For updates, follow Alana Belle on Instagram @alanabellemusic.

Editor’s Note: Singer, Songwriter, Filmmaker, and Rising Star Alana Belle is about to launch an amazing short film titled The New Romantic: A Mood Film. Other surprises are percolating that we can’t share right now, but stay tuned! Instagram @alanabellemusic.