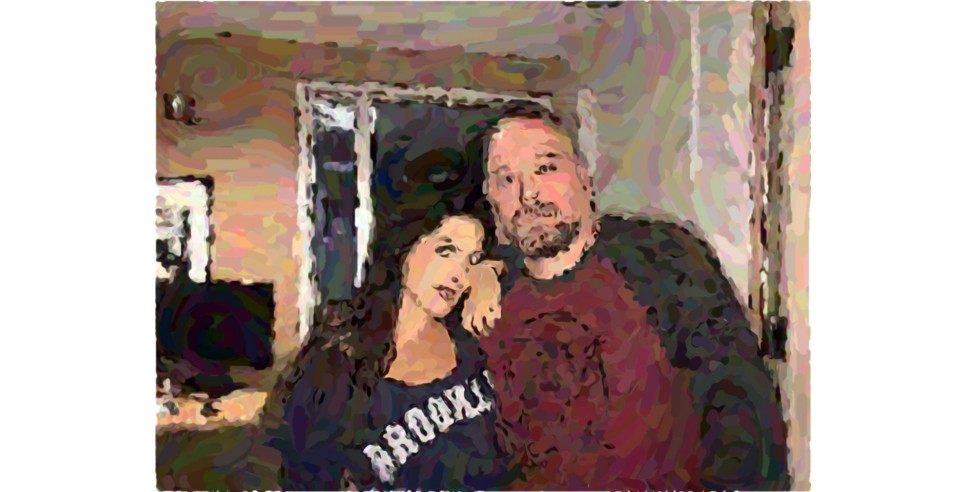 Steve Grillo spent six years working for the Howard Stern Show and by the time he left he had gotten plenty of production experience even though some people treated him like an intern. Now he’s got his own show called “Aftershock” in a beautiful studio called Pro-Media,right around the corner from Carolines on Broadway. He co-hosts with Stacey Prussman who told me they’ve been friends for 25 years and had done shows together before. The name “Aftershock” has nothing to do with an earthquake. It has more to do with Steve’s life after working with the ultimate shock jock. They talk about all kinds of stuff, and even though it’s new they already have several shows in the can. If I’m not mistaken I may be the first to be aired. That is always an honor! Stacey has her own show The Prussman Hour on which she does celeb interviews, and both shows are on iTunes and wherever else you hear podcasts.

Mark Normand was headlining Gotham and I was so glad to see the place was packed. So packed they had to give away my regular table. That’s the definition of packed! Mark is really one of the great writers and has such a unique delivery. He just did his 10th late night appearance with James Corden the night before I saw him and he took the redeye back from LA in order to make the Gotham show on time. He said he only had three hours sleep and was totally wiped but you couldn’t tell from his performance. And after his second hour show of the night, he still wasn’t done yet. He had a midnight spot at Stand-Up NY and a 1:40 spot at The Cellar. And that’s the kind of determination you need to become a success in the business of show! What struck me so funny was that after the show he and I stood outside the showroom as he was greeting the audience and as they passed by he’d yell out to each and every person, “Nice jacket, nice backpack, great shoulders, fantastic beard, great hair, best-looking couple, nice shirt, and he did this with each and every person and not one person thought it was strange. No one really even commented. Some people just said “thanks”! I thought it was hilarious, and when I asked him why he was doing that he said he didn’t know what else to say!

I’ve been crazy all week preparing for my big show tonight at Le Reve nightclub on East 54th Street. At the time of this writing almost 200 people have written to me that they’re coming. It’s gonna be a big party led by Aaron Berg, Corinne Fisher, Shuli Egar, Chuck Nice and Dante Nero, all good friends of mine. It’s not like selling out the Garden with 20,000 people coming but for me if 200 people show up I’ll be very happy! Remember anyone who mentions The Interrobang gets in for free! Two drink minimum still applies as always!