A Chronicle of Mayor Nicola Smith's Two Terms in Office 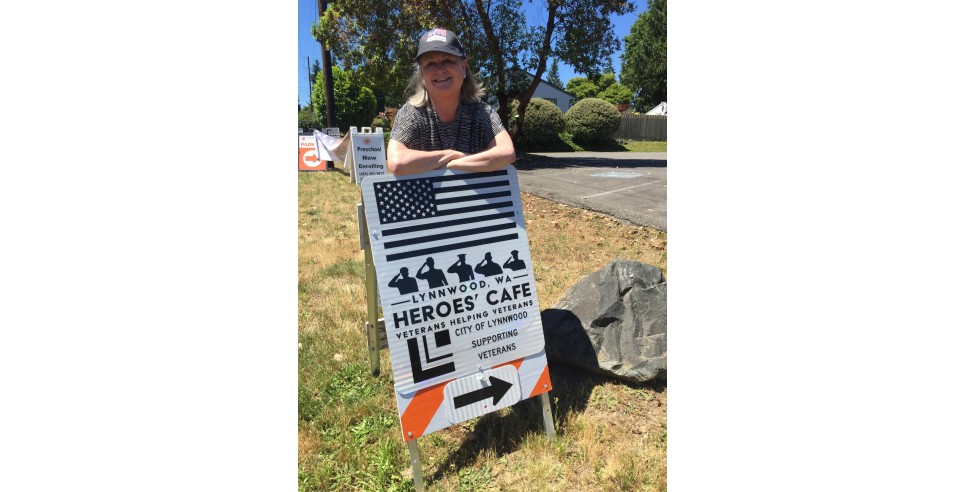 In order to write this book, I spent months interviewing over eighty people, including other elected public officials, staff members of the city of Lynnwood, a myriad of key influencers in Snohomish County, and members of the Lynnwood community, as well as Mayor Nicola Smith’s friends and family.

During the research phase of this book, I found that Mayor Smith’s two terms as mayor transformed Lynnwood into a welcoming, inclusive community, and prepared the city for its unprecedented growth. I must emphasize that Mayor Smith’s story needs to be told beyond the borders of a small but growing city in the state of Washington. What she accomplished for the city of Lynnwood can serve as exemplary and a blueprint for other municipal leaders to follow in their own cities.

When Nicola Smith appeared on the political scene in 2013, her candidacy to become mayor of Lynnwood, Washington seemed to be a spur-of-the-moment decision. New to politics, she had never run for office or served on the Lynnwood City Council. Nor had she ever received any sort of political appointment. For 27 years, Nicola Smith had spent the bulk of her career moving up through the ranks at Edmonds College (known previously as Edmonds Community College), where she held a succession of administrative positions.

The narrative takes us on a journey beginning in 2013 when Nicola Smith beat the irascible  incumbent Mayor Don Gough in a landslide election. Some of Mayor Smith’s notable achievements include preparing the city for the Light Rail Hub and the development of the downtown city center.  The downtown city center had been stuck in the planning phase for years but never had gotten off the ground until Mayor Smith made it happen.

Changes made among the city’s internal structure and culture included the creation of a new Development and Business Services (DBS) department that focused on meeting the needs of business owners that had been long stonewalled and neglected. As a fiscal manager, she turned around the city from being on the verge of bankruptcy to getting its first clean audit—with no findings—since 2008. The fiscal turnaround had a direct impact on the city’s bond ratings The city’s municipal bond status went from A+ to AA+ in 2014 for general bonds and in 2015 for utility bonds. The AA+ designation indicates the City of Lynnwood has a very strong capacity to meet its financial commitments. This rating is a sound predictor that the city is prepared to manage the growth ahead.

Under Mayor Smith’s leadership,  the fire department was consolidated, and she also facilitated the transformation of the city’s police department. For many reasons, mainly historical, Lynnwood was served by two fire departments: FireDistrict One and the City of Lynnwood Fire Department. Having two fire departments was not only inefficient but expensive. In the end, the Regional Fire Authority (RFA)  merger made a difference. More than saving the city or taxpayers money, major efficiencies also came out of the consolidation—the city now received better service. She was able to transform the Lynnwood Police Department into a community-policing model long before the issue became an increasingly heated topic for police departments across America after the death of George Floyd.

Improving Public Works, Parks and Recreation and the city’s technology infrastructure were all important changes that became glaringly apparent came when the Covid-19 Pandemic hit Lynnwood hard. Early in 2020, the city was in the epicenter of the pandemic but because so many changes in the city’s culture had already been implemented, the city was prepared to meet the crisis head on. As Mayor Smith came close to the completion of her second term in office, the infrastructure that had been laid all along helped to keep the city humming along, doing business as usual,  despite the Governor’s mandated shut down.

While Mayor Smith changed Lynnwood from being a small and struggling city to becoming a thriving and dynamic culture, the most important gift that she gave the community —was her humanity. She intentionally created a culture from the inside that emanated out to the greater community to have a vibe described as warm, opening and welcome. She has been described by many as a mayor with a heart. But she describes herself as a servant-leader. After all is said and done, Mayor Smith doesn’t blow her own horn, and instead, thanks everyone else around her for the privilege and the opportunity to serve them.

We can all take a lesson in leadership from Mayor Smith. Mayor Nicola Smith left her city in a far better state than she found it. Her story embodies those qualities that we all need to look for when we elect our public officials at all levels of government. If you want to read about how one person can effect powerful change with ripple effects that will be felt for years to come, then this book is for you!