Books We Love: Yonkers in the Twentieth Century 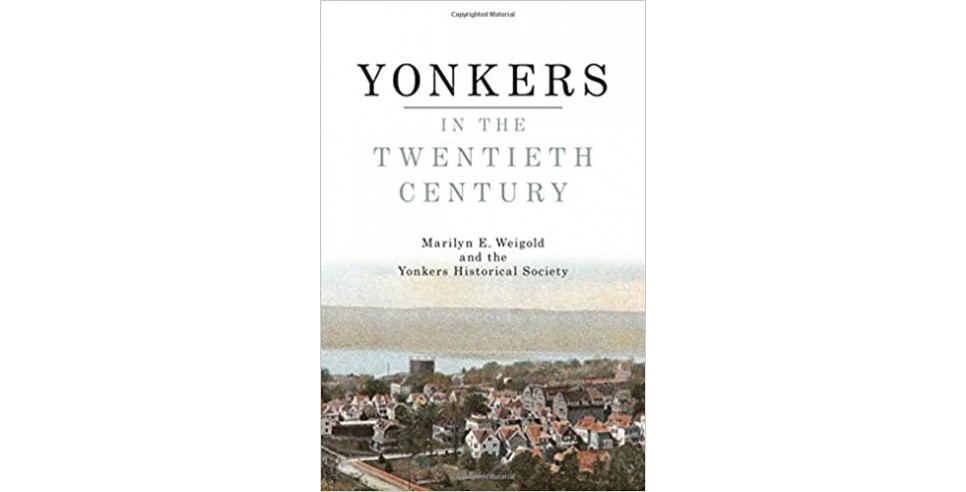 For anyone who is interested in the 20th Century history of Yonkers, this book is a must-read. Also, anyone who is interested in the history of American cities that have roots in an 18th Century colonial past and an industrial 19th Century past will also benefit.  Author Marilyn E. Weigold does a fine job of unfolding the city’s rich history which is rooted in the waves of immigrants who found their way to America to seek jobs with a good living wage and a safe place to raise their families.  Despite excellent formal coverage of the city's history, there are gaps in the city's anecdotal or cultural history. For example, I would have liked to have read about the Great Influenza that struck Yonkers in the early 20th Century and its impact on the working poor who lived together in the crowded tenements of southwest Yonkers. There are also small technical details that I would like to see clarified. For example, there is consistent reference to St. John’s Riverside Hospital, but back in the mid-1960s, Yonkersites distinguished between the “old St. John’s” on Ashburton and the Riverside (Andrus) complex, called the “new St. John’s” that was built in the 1960s and located farther north on North Broadway next to Untermyer park. There is scant mention of the Yonkers Carnegie Library, which was widely considered to be stunning, perhaps the most beautiful building in the city. The Library existed in Yonkers from 1904 until its demolition—under a cloud of scandal—in 1982. There is a wealth of information about the impact World War II had on the Yonkers population but no reference to the Korean conflict and the Vietnam War that had significant influence on Yonkersites. It is important to note that New York State suffered a high rate of casualties in Vietnam, only second to California. Many of these boys were among the working-class and poor of Yonkers. There is reference to drug use in the north end of Yonkers during the sixties, but it is not placed within the social context of the times. A majority of young people who experimented with drugs were living according to a counter-culture zeitgeist—the same changing social tide that went to Woodstock, protested against the war in Vietnam and gave rise to the civil rights movement. The 1960s and 1970s was a time of sweeping change that examined and strengthened our civil liberties, not only in Yonkers, but in America.