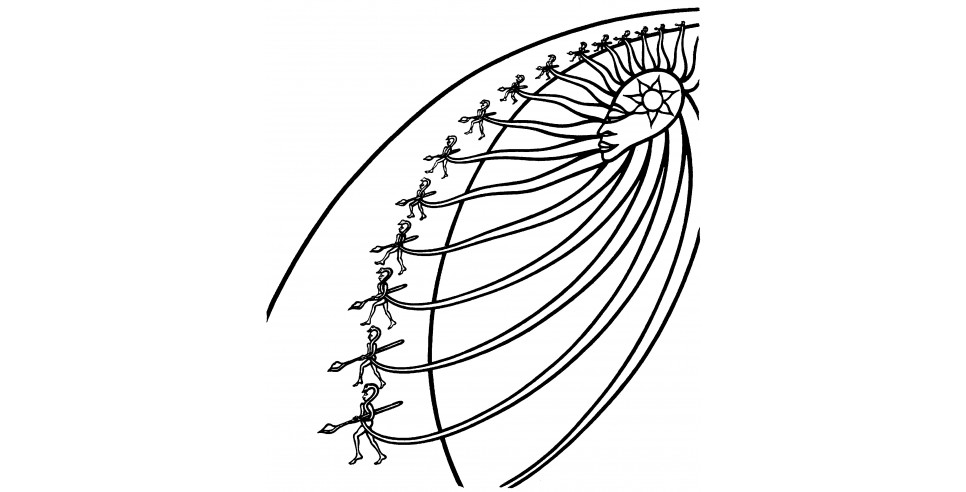 What was it like to create and sell art in Brazil in the 1980’s? Where to begin? Why not begin where it all began for me, in a cramped one bedroom rented apartment in Flamengo district of Rio de Janeiro, two blocks from the beach.

Two years of a furiously explosive creative period, all strangely catalyzed by a sudden confrontation of a tricolored macaw, culminated in my first ever and final auction of around thirty to forty paintings and drawings. A completely untrained, ill-prepared auctioneer belted out offers to equally unseasoned buyers who simply bought what attracted them and truly liked.

Though I wasn’t exactly ready to retire after that wild evening auction night in Flamengo, I had innocently thrust myself into an art market of my own doing, having no clear idea of what I was doing, just that I was DOING! I painted whatever struck my eye and/or ear of a highly dynamic and picturesque culture and people. I painted in search of my style but my style reached me first, untainted. More of that later. A painting a night came forth in a crazed frenzy with each canvas propped up against a beat up kitchen chair. Unknowingly, I created to anoint that drab and dark cubicle joint.

The turning point of this dramatic “art preamble” came when I literally and figuratively met “Brazil!” She transfigured everything that I thought I had “figured out.” Because I was not looking for a muse, it found me with hands more than ready to use. Until that point my art was a bizarre fusion of folk, naive, the real and a touch of the modern for a start. From that moment on, my eyes turned inward as each “vision” I “saw” prompted me to “draw” it outward.

The idea of the “Art Market” always befuddled me. What was it, where was it? Is it something you create, or does it end up creating you? Too inspired now to much ponder, I wholly fixed my attention on whatever was inside rather than out there yonder.

All throughout this period I never stopped pounding the pavement going gallery to gallery showing my work: a “new vision.” Always, though, getting that same story--not what we’re looking for, how about doing something more like this or could you follow in these footsteps. The Art Market in Brazil, as everywhere, is all about imitating what already exists. The gallery owners have their marching orders they cannot or will not disobey. Of course it’s a business they want to stay in and stay open.

Finally, fed up with all their shenanigans, I decided to take to the streets, stopped teaching English for a living, to dedicate all my energy to bringing my art directly to the people of Rio de Janeiro. Wow! Here is where all the fun and pain get their initiation and not all in vain. Who had done this? Nobody! Who does it anymore? Nobody! I then got busy putting together a repertoire of twenty to thirty drawings, each neatly enclosed in its own cardboard black frame, to start my own “Via Sacra.” This one, though, unlike its historic predecessor in ancient Rome, was unprotected from both pain and rain. My “Via Sacra” consisted of around a dozen bars and restaurants and ran through five neighborhoods and districts.

Game on! Rather than that traditional ancient route of the Roman Triumph that began on the outskirts of the city and proceeded through the Roman Forum, mine was self-contained all within this “marvelous city,” as Rio de Janeiro is commonly referred as. That “Sacred Road” of ancient Rome provided the setting for many deeds and misdeeds in Rome’s history, including solemn religious festivals, the magnificent triumph of victorious generals and that daily throng of those assembled to chat, throw dice, engage in business, as well as prostitutes who lined the street looking for potential customers. My “Sacred Road” was slightly different.

Every night seemed like a religious festival of sorts with me as general in a not so victorious march. It was I who now looked for those potential customers that “lined” the bars and restaurants of my “Via Sacra.” I showed my “wares” to over a thousand viewers per night over a two to three year period. Few, if any artists have had such an experience. And experience it was! Every possible opinion regarding my work was cast in my direction, good, bad and of course, my favorite--indifferent.

I sold directly to my “buyers.” Everything I did was directly opposite of what that so-called Contemporary Art Market demanded. I was my own middle man, front office, producer, gallery and of course, artist--literally a one man show. All along this “Via Sacra” no one needed to know exactly who I was in order to appreciate what I was doing. They “saw” who I was, there in front of them and liked it or not. Eventually I became so well known that I had a group of “buyers” who would anxiously await for “new drawings” to appear, which were not so frequent as I was forced to go with my “best sellers” to financially guarantee my evening. That next morning more reproductions were made. I could not afford to sell the originals for a low price and be able to still pay bills. I supported myself and my muse, just barely, for over two years solely from the sales of these drawings.

There were few along that “Sacred Road” who had not seen at least some of my work at one point or another. Ironically, gallery owners I would encounter in these bars and restaurants “liked” my work and would comment: “I love your work and will buy from you here, but you will never show nor sell in my gallery!” All along my “Via Sacra” it was proven to me over and over that my art was appreciated and bought without any convincing or brow beating on my part. When that moment was right between the viewer and the image, an encounter happened. It was magical, as it should be. I could see it in their eyes. They saw light coming through a partially open door, the drawing, and felt compelled with their own unsolicited mind, sensibility and imagination to open it the rest of the way.

Athletes, singers, writers, politicians, reporters, fashion designers, and just regular, normal people with a connection to art or not bought my work. It was not necessary, as in a typical gallery or with an art business professional to beat them senseless into submission with an entire book of explanations as to why this work or that piece of art had value and should be bought. Over those months I accumulated a several notebooks full of contacts of people to call for events, orders, shows, most of which I had no time to investigate and follow up.  One table composed of Rio Carnival mafia organizers had me sit down to say that they could win the carnival competition with my “designs” for their costumes. I said no, was not interested in getting roped into their “iffy deal.” They said yes, turning ugly for some agonizing moments. In the end they stole my ideas anyway and placed first in the carnival.

All in all, I must have sold over three thousand drawings by the end of that stint. Later, I did a solo show of my work at a privately owned English School where I taught and also tried my hand at direct marketing producing a catalog of all my work, taking my “show” directly to one’s home. All this effort and relative success was met with substantial “push back” from the established “art gods.” My art, I had proven, sold itself. It had passed that test. When it strikes a chord in the viewer they DO know what they want. All along that “Via Sacra,” I placed my art in this favorable position for it to “sell itself.” This is why the gallery owners would come to fear me. By accepting my “vision” into their Art World the gallery “art gods” would be exposed. Their emperor has no clothes! No need to go into all that sordid detail, just to say it was definitely not pretty, very political and ever so petty.

Along the way I developed such disdain and distaste for galleries and the contemporary art scene in general that I rarely step inside one to this day. They have their agenda and I have mine and there is never even a whisper of conversation. A painting or any true work of art has the creative soul of the artist invested in it. It is a sacred thing that to a large degree has been lost. My “Via Sacra,” looking back, was an attempt to recapture that. What I bring to the table is not what this contemporary Art Market has on their menu, nor would ever plan to serve. The ultimate battle is fought in the field of aesthetics!

I had been repeatedly told by other artists and journalists that my experience was utterly unique and that they admired me from afar. One such journalist, who was a collector of my work, told that my work is filled with deep meaning and that it deserved to be placed in book form. His suggestion helped me to turn a corner and have been following his advice to this day.

What I did learn on this “Sacred Road” has stayed with me and provided the confidence that this road is right and if followed far and long enough could lead to the that “Roman Forum” and ultimate “Triumph!