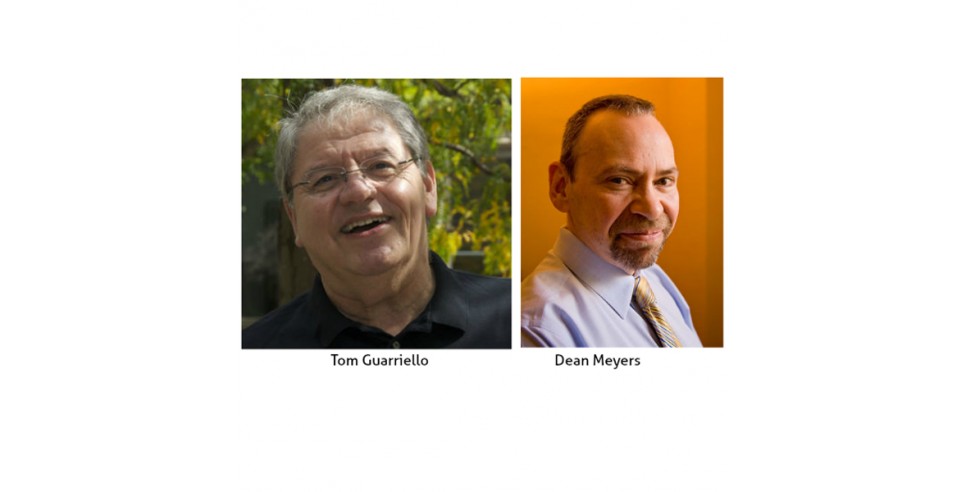 Digital Destiny is a vast topic. On a personal level it can be the devices one uses, the connectivity to one’s home, office, phone, tablet, TV or Roku, Alexa, and the various Internet of Things contraptions that permeate one’s life. Digital as part of destiny, or as the emerging reality, also plays a role in health, entertainment, education, sports, finance, art, and commerce.  Arguably, this means everything.

So how does one write a column that covers “everything” and do so sufficiently?  Easy: write about cryptocurrency and blockchain as the emerging wave of commerce and new order of much computing (which they are).  Cite a few examples, cast a few predictions, manage to make it seem that all those categories fall under the wide umbrella of the two.

But that’s the easy way out.

Writing about this topic last year I polled people; the response was dystopian. An election year, smear campaigns were the lot, confidence was low. This year rather than poll people, I went to experts to hold discussions on digital destiny, innovation and change.

Tom Guarriello holds Bachelor's and Master's degrees in psychology, and a doctorate in clinical psychology. Tom specializes in helping individuals and organizations develop creative ideas and customer-focused products. He teaches in the Masters In Branding program at New Yorkʼs School of Visual Arts. For the last five years Tom has been creating “RoboPsych,” a model for understanding the human and robot characteristics that will make for superior collaboration between humans and robots.

Both Dean and Tom took a large overview of the past before getting to the present.

Dean used the classic opera house as an example.  As a venue it was the purest form of analog entertainment, offering dance, symphony, theatre, and spoken word. In the present, the Metropolitan Opera in New York underwent a metamorphosis into supertitles, projected above the proscenium. Then the Met installed display units for every seat. But not visible all over, not even by the adjacent seat, to prevent a visual cacophony of LED units throughout the theatre. This was a transition from pre-electricity or power, to a fully digital enhancement.

Wider, faster bandwidth means more technology can add to the digital experience as we know it. Images, such as on Instagram, move to video, to 360 video to ambisonic sound.  What is the Moore’s Law re bandwidth, he asks, arguing that it’s more important than computational power.  The more bandwidth accessible to users, the more HD to 4K to 8K to stereoscopic multidimensional sound transmission plus subcarrier, the more experience the user can attain.

This is not limited to entertainment. In the workplace people can interact spontaneously, meetings can be held on the fly, recreating the human experience of one to one in the room. With greater bandwidth the experience becomes more natural.

Dean points out that much of the focus of his work has him called in to elicit strategic planning or process improvement. This comes through facilitating and clarifying conversation. A big part of the dilemma is determining the most effective way to pull information out to make decisions. The decision-making process is affected by environment: who else is in the room, is a piece of language visible or invisible? By this Dean says he means the mood of the room, non-verbal cues, spatial location of where people gather. Understanding how many people pay attention or not.

A veteran visual and graphics expert, Dean predicts with certainty that remote working is a shift that will increase in pace with VR.  This is not the entertainment factor of VR, which is huge. Dean tests many VR and AR products; he knows the ins and outs of this arena.

He continues: As connectivity expands, the wider the bandwidth you have, the greater the ability to recreate a natural experience, the wider the workplace, the more efficient it gets. We’re not quite there yet, but Moore’s Law is going to be crammed more into the microchip, and then past the microchip and into bandwidth.

Which leads us to the blockchain.  Security in the cloud is a great thing.  Speed, transparency, rate of speed of computing from the desktop can increase.  Hacking & security issues arise.  Blockchain offers a new take on this.

Bitcoin just had a split.  Ethereum: offers proof of stake.  This idea of peer to peer ability is important, unique transactions online, that duplicate the physical world.  Handing a coin physically is duplicated digitally.  Throw blockchain into the innovation mix and you have a

This makes way for a revolution in entertainment.  Imagine bespoke entertainment, where a performer can create a concert just for you via the blockchain.  Just for you, unbreakable, unreproduceable, and unique.  Could be singular and not to happen again if one chooses. As gifts this could be a major concept. Private concerts could or other entertainment offerings could occur this way.

Tom Guarriello took the philosophical long view.  Suggesting that we are currently in an odd phase, Tom said the role digital devices will play in our lives over the short and long term requires a look at history in order to look forward. The past doesn’t repeat itself, Tom said, but it rhymes. Over the last 150 years, in post-industrial revolution humanity, what’s occurred is a dramatic improvement in the human condition.  By every measure human violence has decreased by an order of magnitude. Over millennia, centuries, whatever the time frame, levels of murder, domestic violence, etc., have decreased.

These indicators have improved, it’s the civilizing effect of what we’ve been doing, in effect. That civilizing effect is our connectivity with one another. Behavioral conventions rule the way of life, guided by one’s sphere.  As spheres expand (first by the novel – Gutenberg) an alternate way of living was depicted.  Perception went from a five-mile radius bubble to elsewhere.  Compare that with an emphasis on human rights in the last 150 years; now we have devices that connect us; this contact broadens our worldview and acceptance of different ways of living.

Tom adds that this is not Nirvana, nor a straight line of human progress to the future. But the trend of the last 150 years offers a continuance of a virtuous cycle. Various discriminatory practices against women, people of color or varying sexual orientation, subjecting them to secondary or subservient status of civilized society is over, or lessened to a great degree. The march of history is inexorable.  Fellow feeling based relationships (empathy) is now a platform for billions of people, not merely an isolated few. These widely adopted principles become common material for establishments of all size.  Idiosyncratic instances of difference occur, but are the rarity, not the norm.

People are born into their prevailing worldview. Prevailing sentiment is the inexorable march of history.  Peoples’ lives now are more in keeping with universal principles of human rights – and this is digitally enabled.  Digital influence and connectivity are a major factor of the continued civilization process. The Industrial Revolution began the application of technology to everyday life.  It created means of connections such as steam engines, cars, boats, planes. Telegraphs telephones, integrational technology enabled people to connect over greater

distance in less time than previously.  The telegraph – it, too, digital, over long distance –was when we began to appreciate the scale of life beyond our limited view of our small universe.  All of this improved the human condition.

This is not to negate the reality of evil. Evil in all its forms will always be a reality; be it stealing bitcoins or breaking into someone’s house and stealing. We aren’t heading into a totality of angelic world.  The prevailing common bad practices will still exist.  Digital dystopians will continue to exist.  Next week’s Games of Thrones will be leaked, a power plant will be hacked. But we are miles ahead of where we’ve been.

Acceleration of innovation means that we will be confronted with increasingly capable technologies at a rapid rate. Tech, AI, robotics of all kinds, automation of all kinds, will create a set of challenges for us that in some ways are unique in that the steam engine and locomotive did not call onto question what it meant to be human; we could distinguish ourselves from those machines. We could use them and not be threatened by their existence.

Machines being developed now perform behaviors that had been assumed to be solely human purview and call into question many aspects of what it means to be human. Cognitive capabilities, for one. To perform all kinds of actions, not just the sole purview of humans, but what people have been trained to do (computer programmer, lawyer, accountant).  Cognitive operations can be performed digitally.  So what do we do with our time?  And what makes humans different? We are exceptional.  But evidence of it is shrinking because machines can do what only we could do in the past.  It forces us to do a lot of, think about what we want to assert as being the benefit or consequence of being a human being.

We are problem solvers as a species.  Inventors.  We figure things out.  We’ll direct more resources to dedicate to those solutions.  Time freed up by virtue of technology allows us to address problems.

Tom and Dean give us much to think about.  To ponder our digital destiny, the fate of humankind, and whether or not to give a private concert via blockchain to a loved one. Paid for, of course, via cryptocurrency..