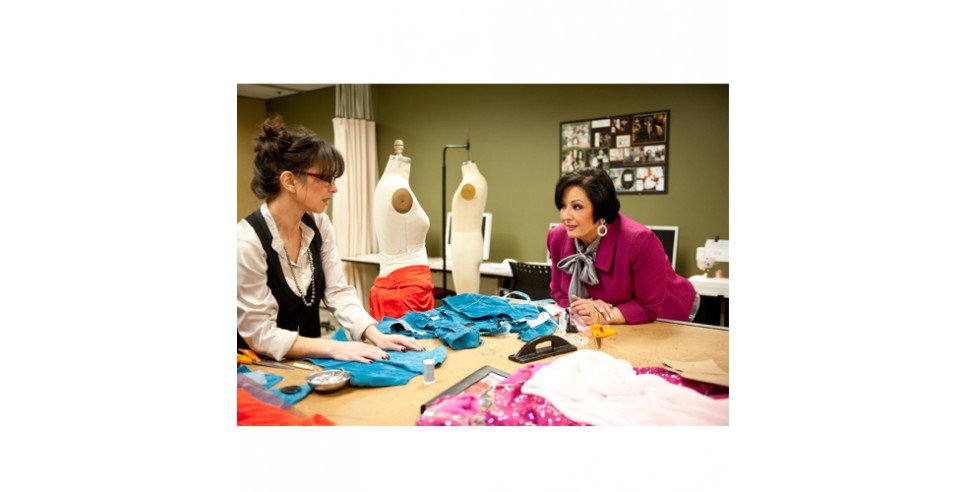 At first, Step-It-Up Camp was the brain child of  Monir Zandghoreishi's son-in-law Maurice Leary to provide after-school athletics to high risk students. Maurice started out with 16 kids to help them develop their skills and to stay out of trouble. Maurice himself had experienced a hardscrabble past and knew one way to get kids on the right path was by mentoring them and giving them another road map to grow stronger and more resilient every day. He set up his fledgling sports program with two after school sports clubs in basketball and volleyball.  Soon he thought it would be great if other programs beyond sports were offered—the kinds of programs that taught kids skills for life. He came to his mother-in-law, Monir Zanghoreishi, whom he had long admired and asked her if she would consider teaching kids how to be fashion designers.

Monir Zandghoreishi knows more than anyone else how learning how to sew is more than just a skill. By embracing the language of sewing, a person could go anywhere in the world and be able to make a living. Monir has a deep understanding what it takes to survive—she had endured her own tumultuous arrival to America.  She had lived in Iran during the revolution and the time when the Shah was ousted.  She feared for her life and the safety of her family.  Iran was at war with Iraq and the city where Monir lived, Teheran, was bombed night and day. Monir escaped the terror of Iran and found asylum in Turkey.  Soon afterward she moved to Vienna, where even though she could not speak Austrian, she was able to work as a seamstress to support herself and her three daughters.

Monir’s ability to sew had allowed her to weather the storm of emigration from county to country and provided her with enough money to flourish. She knew that she could teach this important life skill to other young people. As the new Director of the Fashion Club for Step-It-Up Camp, Monir has a mission to teach students the language of sewing so they always have a skill to fall back on, no matter where life takes them. At first Monir’s sewing program was a pilot project with Everett Middle School, but now it is expanding to teach people of all ages how to sew.

Monir, who has had many years of experience, understands that becoming a fashion designer is one thing, but learning how to sew for survival, extra income and profit was quite another.  Year after year, she had seen students graduate from fashion school only to face the grim reality of the job market.  “Jobs for Fashion Designers are not listed on jobs news boards,” she said.  “The only way to become a designer is often through family and personal connections.” For students who had spent seventy thousand dollars, and often by taking out student loans, getting employment was not only desirable but critical for survival. Through the Step-It-Up Camp, students of all ages can learn how to sew without having to go into debt.

Under Monir’s direction Step-It-Up Camp is partnering with businesses and learning centers of all sizes to teach sewing skills throughout the Northwest region. There are no limits to how large her program can grow.  Quality Sewing has already donated twenty portable sewing machines so they can be transported to each work site. She has partnered with a school in Bothell to teach a thirty-six week course.  Monir envisions the expansion of Step-It-Up Camp to include summer and after school programs and the implementation of DSHS programs to teach sewing to people who are receiving public assistance.  The reality of having sewing skills means a person can work anywhere from a dry-cleaners to a large apparel retailer like Nordstrom’s.

Some of Monir’s students take on freelance sewing projects by posting neighborhood flyers. Monir tells the story of one student who almost dropped out of school because she could not afford to work, take care of her daughter, and at the same time keep up with the cost of books and tuition.  Monir took the young woman under her wing and taught her to sew. The young woman posted flyers on bulletin boards at school and in her apartment building. Soon she was taking on alterations projects and earning over a $100 a day. By teaching people to sew Monir is giving them a set of skills for life. As long as people can sew, they can take on as many alterations projects as they can handle. In a job market where jobs are taking on new shapes or being eliminated altogether, learning an old fashion life skill like sewing can make ends meet, or keep all the seams together! No pun intended!

How you can Help Step-It-Up Camp!

Have you ever thought of learning how to sew? Monir Zandghoreishi will teach you in a way that is perfectly seamless in approach. No pun intended!  If you are interested in joining one of her regularly scheduled classes or of implementing a sewing program in your school or organization, please get in touch with Monir she would be happy to hear from you! Contact Monir monir.fashion@gmail.com 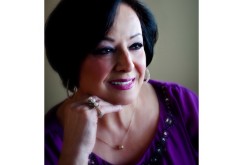