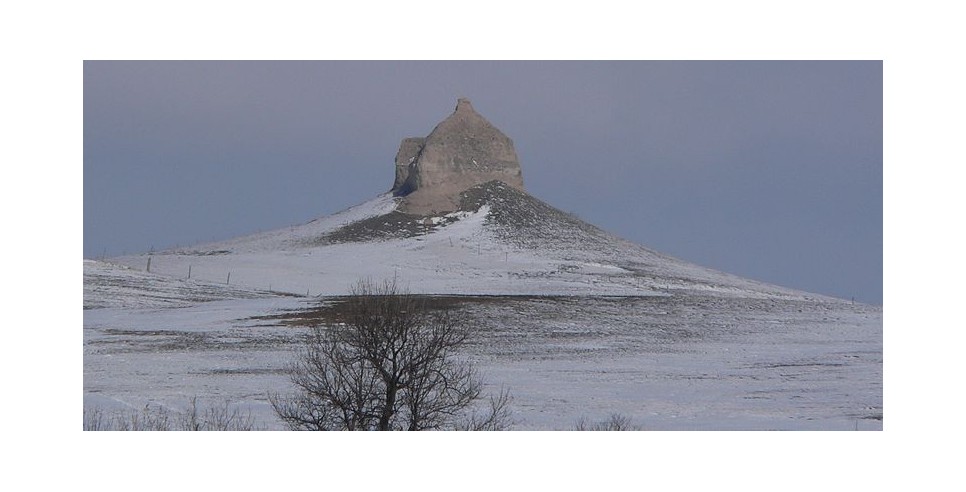 For many of us, January presents a clean slate, a chance to resist making the same mistakes we’ve made in the past and to make a fresh start of things. But let’s be real: effecting change usually doesn’t happen overnight. It involves a significant investment of commitment. And if we think it’s hard to alter one’s personal habits, consider the time and work and collective buy-in it takes to dismantle systemic wrongdoing.

One literally monumental success story that went under-reported in 2022 was the U.S. Department of Interior’s commitment to review and replace the names of over 650 geographic features on federal lands. This was no frivolous endeavor, but a concerted effort to revoke place names that are repugnant in both racist and sexist terms.

Appointed by President Joe Biden, Deb Haaland is the first Native American to head the Department of the Interior, the federal agency that is charged with overseeing the use of the nation’s lands and waters.

Eight months into her leadership at Interior, it was clear that Haaland, an enrolled citizen of the Laguna Pueblo and a 35th-generation New Mexican, would be bringing a previously unheard perspective to bear on these vast federal holdings.

In November of 2021, Haaland issued Secretarial Order 3404, which formally declared the word “squaw” a derogatory term and established a process to remove the term from federal usage. Haaland maintained that the buttes, mesas, mountain peaks, valleys, canyons, bays, creeks, rapids, lakes, and other features that carried that label were an injurious way of perpetuating the relatively recent legacies of white colonialism and oppression over indigenous peoples, particularly the women, who had lived across this landscape for thousands of years.

Asserting that “racist terms have no place in our vernacular or on our federal lands,” and urging Americans to reconsider federally held outdoor spaces as places to celebrate our shared cultural heritage, Haaland ordered the creation of a Derogatory Geographic Names Task Force.

She followed that up with another Secretarial Order that created the Advisory Committee on Reconciliation in Place Names. Including representation from tribes, indigenous and civil rights organizations, anthropologists, geographers and historians, the Committee was directed to fast-track the renaming of these features, which were scattered across federal lands in 37 states from Alaska to Florida, Maine to California.

By February of last year, Interior released a list of five alternative names for each one of those features, and not only invited public comment on the proposed alternatives, but also accepted additional proposals offered by the public. It received more than a thousand responses from the public, while consultation with 70 Tribal governments provided hundreds of additional names for consideration.

After receiving and considering the feedback, the Board on Geographic Names voted on a finalized list of names, which was released to the public by the Department of Interior last September. Now the obscenely-named Squaw Tit Butte in Nebraska bears the more poetic name of Evening Star Butte, and Squaw Pond in Florida has the cozier name of Bumblebee Pond.

Most meaningful are the restoration of indigenous names. A stream in Caribou County, Idaho, is no longer Squaw Creek but now Bavahope Naokwaide. A mountain in San Diego County, California is no longer Squaw Peak but now is called Mat Puy Nah Achhuukaayp.

You can find all of the new name designations here, and a map of the renamed features here.

Are some of the new names more difficult to pronounce? Perhaps at first.

But removing offensive and even cruelly bestowed derogatory terms and replacing them with names in the language of peoples whose ancestors have lived on those lands since time immemorial? It should be music to our ears.