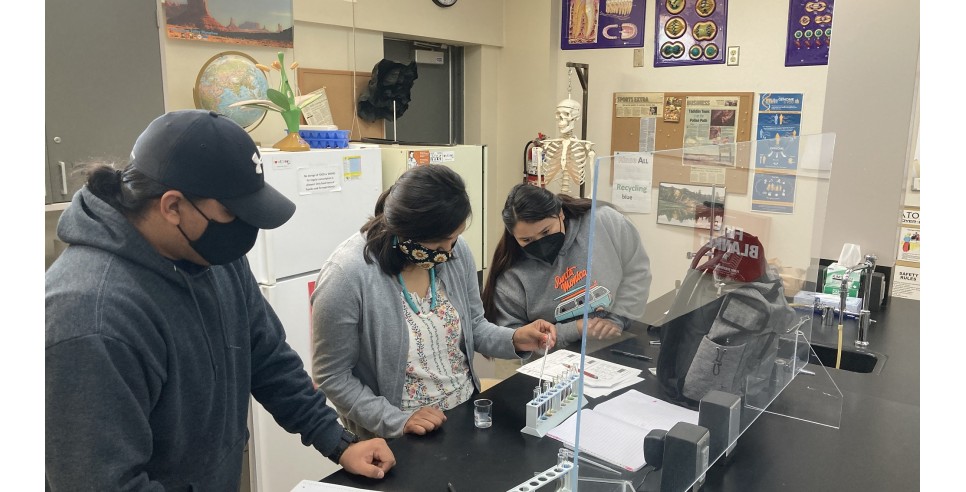 First: Imagine being in charge of a college that serves a student body that extends across 26,000 square miles of the desert Southwest.

Diné College was established by the Navajo Nation in 1968, the very first tribally controlled and accredited collegiate institution in the country. Today it has grown to serve well over 1300 students, who typically might attend class at the college’s main campus in Tsaile, Arizona, or opt instead to go to one of the college’s five satellite campuses (in Chinle, AZ,  Tuba City, AZ, Window Rock, AZ, Crownpoint, New Mexico or Shiprock, NM).

Next: Imagine operating and maintaining all of those farflung facilities in the extreme desert climate.

As the very first tribal college to be founded, Diné College  was accorded its own enabling act by Congress in the early 1970s. The legislation authorizes the college to receive federal funding for Operations and Management (O&M), and over the years that legislation has been renewed repeatedly. But there’s a big difference between authorization and appropriation, and that’s where the problem lies. This mandate has never been funded, so as maintenance needs have piled up, the College has had to borrow from other funds to address the problems.

Now: Imagine having to pivot almost overnight to online instruction during the pandemic.

This is a condition that many of us can relate to on a certain level, but in the case of Diné College, this transition meant having to figure out a way to reach those 1300-plus students who were scattered across those 26,000 miles of desert.

These are the kinds of challenges that Diné College president Dr. Charles “Monty” Roessel (Navajo) has been facing on a regular basis.

But in a recent interview, Roessel talked about how, oddly enough, the COVID-19 crisis has created opportunities that seemed out of reach before. The recent rounds of pandemic-related relief funding have provided the College with unprecedented infusions of cash – and it’s been eye-opening.

“Prior to the pandemic we limited ourselves because we just couldn’t do certain things, “ Roessel said. “But the funding has allowed us to take the shackles off, if you will, and to think of solutions and not just bandaids.”

For starters, the College used the relief funding it received to implement a digital transformation on campus.

“Many of our processes were still done by paper,” Roessel said. “So what a lot of colleges have taken for granted, we haven’t had the money to make that transition. But this funding has allowed us to make a jump into the future… it’s changing the way we do business.”

The transformation affected not only recordkeeping, but also instruction. The College has been able not only to offer online classes, but to think about creating online degree programs. They’ve even begun developing what will be the college’s first graduate degree program, an online MBA, which the college hopes to get approved as early as next spring.

But producing online classes is only part of the equation. Those classes also need to be delivered to students who live across the vast expanse of the Navajo nation.

Roessel said that when they took their classes online, the College surveyed students to make sure they were addressing any barriers to connectivity.

One student, for example, said he had OK online access, but when pressed for more specificity, he allowed that to get a signal he had to drive 15 miles – part of that way over a dirt road – to the top of a mesa, then get out of his vehicle and hike a little further up for reasonable reception.  That sounds like a 21st century version of young Abe Lincoln’s 9-mile, one-way walk to school every day. The College knew it had to do better.

This is where the microsites came in. Although COVID-related relief funding came with restrictions that prevented building new facilities, remodeling was allowed. So after ascertaining where they had students who needed better access, Diné College located an old Head Start building in the little Navajo chapter of Aneth, Utah, population 598, refurbished it with wi-fi and desks, and staffed it with a Diné College employee who can help with tech issues, application forms, financial aid, and more. The College created a similar microsite in a former wellness center located in the even tinier community of Newcomb, New Mexico.
“But as we started going through this, we discovered there were more other things the community needed, and it changed the way we looked at our centers,” Roessel said.

The College realized that not only could it provide academic delivery at its microsite, but the facility could be used for other purposes, too. Local artists and jewelry-makers, whose sales had been hit hard as in-person art fairs were canceled, could access the microsite’s internet in order to sell their wares online.

In addition, the Newcomb site already had a kitchen. By upgrading it to commercial standards, the College provided local farmers with the opportunity to create new income streams by processing the produce they were growing.

“We’re not just focusing on classes, but on what challenges our community is having,” Roessel said.

For the College, other developments inspired by the relief funding involve significantly reduced tuition costs for students this year, and, in an announcement made late last month, increasing the minimum wage to $15 an hour for the college’s regular full-time employees. This wage increase will impact more than two thirds of the College’s work force. Currently, the federal and Navajo Nation minimum wage remains at $7.25 an hour. The State of Arizona’s minimum wage is $12.15 an hour and the State of New Mexico’s minimum wage is $10.50 an hour. So this move is a real game-changer for a lot of folks.

With so many positive outcomes achieved already, thanks to the CARES Act and the American Rescue Plan, Roessel said the College is energized and eager to learn more about Biden’s promise to focus on equity and reach out to Tribal Colleges with his Build Back Better plans for education.

“If you’ve lived your whole life and all you hear is no, no, no – but now you hear maybe and yes – that is transformational!” he said.