The Unity Museum | Envisioning One Humanity 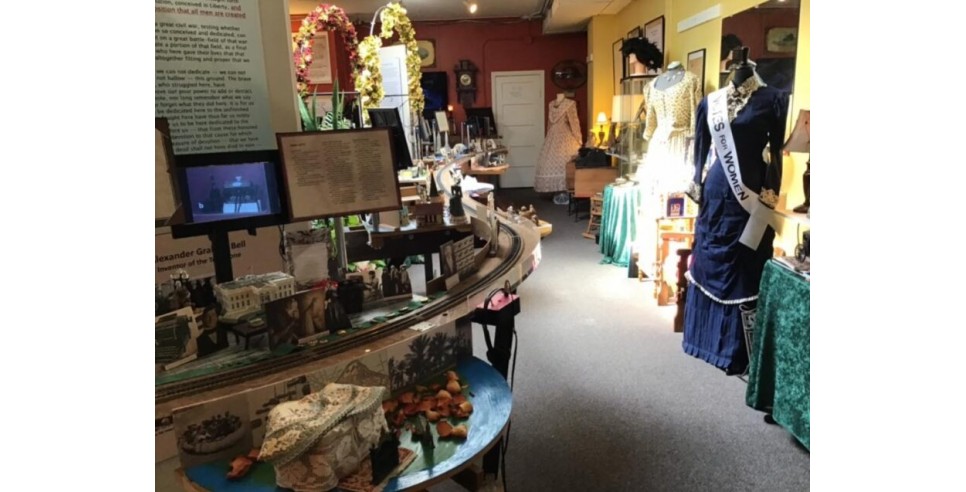 The Unity Museum offers rotating exhibits, presentations and public discourse on local and global topics of relevance and historical significance to the advancement of civilization. The Museum’s services are free to the public and visitors of all ages are welcome for tours and discourse. The Unity Museum also has outreach exhibits and presentations upon request in public venues such as libraries, civic centers, and schools.
Themes addressed include issues related to:
• Historical movements toward social justice and the promotion of unity and peace
• The historical path towards universal education
• Equality of gender and race
• Abandonment of all forms of prejudice
• Elimination of extremes of income inequity
• A common spirituality of all religions
• The need for balance between science and spiritual forces
• Responsibility of each person to independently search for truth
• Promotion of the oneness of humanity

Dr. Amy Colbert, Curator of the Unity Museum
Cameron Cook is in charge of IT solutions.

The Unity Museum is free and open to all. Not being an income-producing museum, your donations are graciously accepted.  The Unity Museum is a subsidiary of Uniting Hearts Networking Institute (UHNI). Contact Museum Director Zabine Van Ness at zabine123@gmail.com

Let us remember “Men of the Trees” founder Richard St. Barbe Baker, OBE, Hon. LL. D. F.I.A.L., who visited Seattle in 1915 and 1916, and again in 1982, three months before his death. He met with visitors from bed while severely ill to remind everyone of actions needed to protect the world’s climate. Seattle had been on his mind for decades; now, a hundred years later, we are reminded that we too need to be on the leading edge of reducing climate change. We are excited to share that The Unity Museum is planning a special centenary luncheon in June with Paul Hanley as keynote speaker, St. Barbe Baker’s biographer. The foreword and introduction to his new biography were written by no less than Prince Charles and Jane Goodall.

New Exhibit on Continental Drift
Dr. Edwin H. Colbert (father of our curator Dr. Amy Colbert) was a paleontologist at the American Museum of Natural History in Manhattan who, during an expedition to Antarctica in 1969, confirmed the theory of continental drift as it applied to prehistoric animals. Geophysicists had recently discovered that continents drifted due to seafloor spreading, and Dr. Colbert’s identification of an Antarctic fossil of the mammal-like reptile Lystrosaurus, common to the other southern continents and peninsular India, proved that these all formed a single landmass called Gondwana that has broken up and drifted far apart over the last 200 million years.