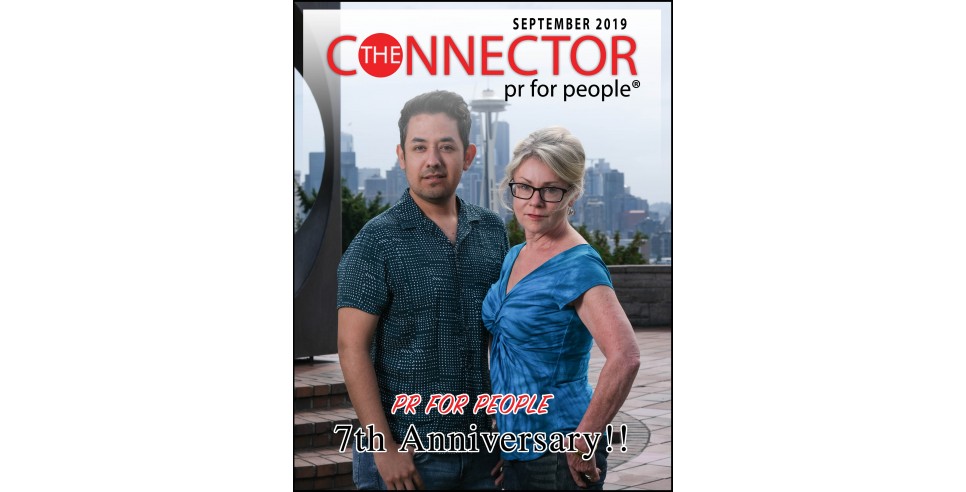 We’re celebrating our 7thAnniversary! In this issue we look back at PR for People® to define who we are today. PR for People might have started as an idea, but it is has grown to become many things. Aside from being a news portal, a digital magazine, and a series of three books, PR for People has now begun producing podcasts. It is our hope to include a new podcast in every issue of our magazine.

Josue Mora is the host of our podcast series Bold Connections. Josue and I have worked together for seven years. I met him in March 2010 when he was in his first quarter at the Art Institute of Seattle. His marketing teacher, Yuliya Suleymanova, had asked me to talk to his class about P.R. Shortly after, he began working as an intern for PR for People®. Now he is our brand manager and handles all of our design, especially for the magazine. Josue has a beautiful speaking voice and a real flair for interviewing people. I will always be grateful for that day nine years ago when I had the good fortune to meet him.

In the September issue, we profile a Seattle Public Library—the Queen Anne Branch.Funded by Andrew Carnegie in 1911, this small three-room Tudor brick library has stood on top of Queen Anne Hill for over a century. There is something grand and eternal about this little library because it makes me feel as though I’ve come home. I have to confess that I lived on Queen Anne Hill from 1986 to 2015, and while I now make other places my home, I never resist a chance to walk by this library.